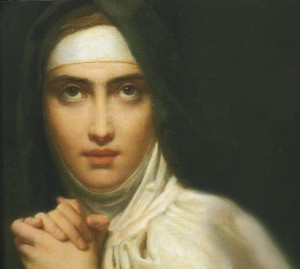 Thanks to President Barack Obama’s contraceptive mandate and Catholic concerns about its impact on religious liberty, Catholic women have emerged as this year’s most coveted and scrutinized swing voters. At last week’s Democratic National Convention, they heard copious testimonials about Obama’s pro-woman credentials. Particularly pointed were the appeals from Caroline Kennedy, who invoked her Catholic faith while slamming abortion restrictions supported by the U.S. bishops, and activist nun Sr. Simone Campbell of NETWORK, who became famous this year for blasting the Vatican in the wake of a doctrinal assessment that faulted her organization for failing to faithfully represent Catholic teaching.

The convention’s impact on Catholic women voters remains to be seen. But its constant repetition of righteously indignant references to “women’s rights” and “choice” reinforced the dominant cultural narrative that a woman’s freedom is defined primarily by what she rejects: unwanted children, outmoded ideas about the importance and meaning of marriage and retrograde religious doctrines that call her to subordinate her desires to the demands of others. Shared sacrifice is fine in the form of a more progressive tax code, it seems; but when applied to decisions such as whether to welcome a baby whose conception was unplanned, calls to self-sacrifice are an invitation to oppression.

To be fair, this negative view of freedom is not only the province of Democratic partisans or abortion-rights activists. It is the default view in America today, one that confronts Catholic women at every turn in their lives. When making decisions about love and sex, marriage and motherhood, careers and care for aging parents, the message we hear from our popular culture is the same one, in muted form, that we heard from the podium in Charlotte. Strong, joyful and liberated Catholic women do exist, we are told, but such women generally achieve freedom in spite of their church and its traditions, not because of them.

For many women in my generation, that message is so familiar that any examples to the contrary are perceived as shocking, scandalous — and more than a little intriguing. That was certainly my reaction during my college days when, bored with the campus party scene and dissatisfied by the stifling materialism of the secular feminist philosophers I was studying, I cracked open a biography of St. Teresa of Avila. The life story of this 16th-century Carmelite mystic, writer and reformer immediately grabbed my attention.

I was struck by the way Teresa combined steadfast fidelity to Catholic teachings with fearless determination to call her fellow Catholics to repentance, despite the personal and political costs. I appreciated that Teresa was no plaster-of-Paris saint: Despite a pious youth, her social-butterfly personality and weakness for status-seeking made her late-in-life conversion an improbable one. Ultimately, the mix of her natural gifts and the grace that led her to use them in service of a cause greater than self-made Teresa one of the greatest saints in church history. For me, Teresa was something more: a model of genuine freedom, the sort found not in isolation from and opposition to others but in connection, commitment and self-giving love.

Teresa was the first woman saint to capture my interest as an adult, but she would not be the last. Over the course of the next 15 years, as I wrestled with everything from my father’s battle with Alzheimer’s disease to my own trials in the realms of career, marriage and motherhood, I drew strength and inspiration from women saints whose lives and writings challenged me to rethink nearly everything I thought I knew about what it means to be a liberated woman. As I recount in my forthcoming book, My Sisters the Saints: A Spiritual Memoir, I discovered that the very saints I once considered irrelevant to my modern struggles could be indispensable guides.

I am not alone. A revival of interest in female saints has begun percolating among Catholic women today. Weary of establishment feminism’s emphasis on me-first autonomy and our popular culture’s reduction of women to sex objects and shopaholics, many are discovering another, more radical model of women’s liberation. In the women who populate the canon of saints — one that will expand again next month, when Pope Benedict XVI canonizes four new female saints, two of whom are Americans — faith and freedom are united, not opposed. Fulfillment comes from embracing one’s feminine distinctiveness and equal dignity, not denying either. And fidelity to church teaching coexists with clear-eyed realism about the personal failings of individual church members and leaders, and recognition of our universal need for grace.

Liberated Catholic women were not born yesterday. And they are not found only at the podiums of political conventions or the helm of modern feminist organizations. They can be found in every corner and every era of the Catholic Church, and their centuries of collected wisdom deserve to be rediscovered by a new generation.