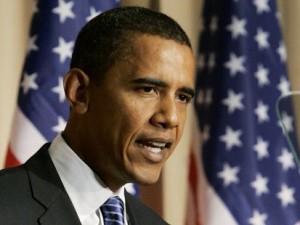 Poor President Obama. All he wanted to do was deliver a jobs speech to Congress. How were he and his staff supposed to know that their chosen time and date happened to be exactly the same as that of a long-planned Republican presidential debate, where his aspiring rivals planned to highlight his failure to create jobs? It’s not like the Great One pays attention to such political trivialities. The curious timing was, White House spokesman Jay Carney said, “coincidental.”

Anyone surprised that Obama would authorize his spokesman to float that whopper last week — or would act offended when Republicans pushed back against his bald-faced attempt to upstage their debate — has not been paying attention to the patterns of this president.

This is the man, after all, who identified his 2008 Democratic primary win as “the moment when the rise of the oceans began to slow and our planet began to heal.” This is the “post-partisan” healer who used his inaugural address to blast President George W. Bush for his failures — even as Bush was sitting just feet away from him. And this is the defender of presidential protocol who made a stunning breach of that protocol in his 2010 State of the Union address, by publicly chiding the Supreme Court justices sitting before him for a recent court decision that he disliked. Even Obama’s ploy of scheduling a last-minute speech to pre-empt a long-planned address by a political adversary has precedent: He did the same to former Vice President Dick Cheney in 2009.

Given his track record, why should anyone expect Obama to delay his speech a few days out of deference to a major GOP debate? He might have rescheduled his Libya address earlier this year to accommodate “Dancing with the Stars,” but that’s different. Sometimes even Anointed Ones must bow to important national events.

Obama’s hardball tactics would serve him better if he had the stomach to accept their consequences, including return fire from political foes irritated by his hubris. But he doesn’t. His maneuvers wind up looking more sneaky than strong because he so frequently follows them with bellyaching about the travails of presiding over a politically divided country — ignoring, of course, his own role in stoking that division. The result is an unappealing sight for voters: a passive-aggressive president who behaves like a bully but whines like a victim.

Case in point: the contrast between Obama’s January speech in Tucson following the shooting of Democratic Rep. Gabrielle Giffords and his Monday appearance at a Labor Day rally in Detroit.

In Tucson, Obama lamented the “polarized” tone of today’s political discourse and called on Republicans — ahem, Americans — to “make sure that we are talking with each other in a way that heals, not a way that wounds.” In Detroit, Obama listened as foul-mouthed Teamsters President Jimmy Hoffa accused the administration’s Tea Party critics of waging “war on workers” and said, “President Obama, this is your army. We are ready to march. Let’s take these sons of [expletives]out and give America back to an America where we belong.”

Obama’s response: He glided onstage shortly afterward and said he was “proud” of Hoffa. So much for getting your own house in order before chastising others.

Obama often complains that our politics are uncivil and juvenile, that we should stop acting like bickering schoolchildren and put our pettiness aside for the good of the country. Given his own penchant for playing childish games — trying to upstage a long-planned GOP debate, only to wind up upstaged by the NFL opener; lobbing low blows at his predecessor, even as he grouses that presidents get no respect; lecturing his political foes about their incivility while winking at outrageous incivility among his allies — perhaps the Bellyaching One ought to take his own advice and grow up.