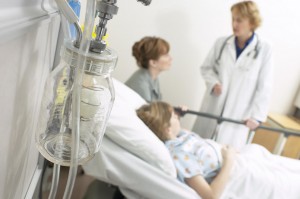 News today that Belgium has approved euthanasia for any age. From BBC:

Parliament in Belgium has passed a bill allowing euthanasia for terminally ill children without any age limit, by 86 votes to 44, with 12 abstentions.

When, as expected, the bill is signed by the king, Belgium will become the first country in the world to remove any age limit on the practice.

It may be requested by terminally ill children who are in great pain and also have parental consent.

It is 12 years since Belgium legalised euthanasia for adults.

In the Netherlands, Belgium’s northern neighbour, euthanasia is legal for children over the age of 12, if there is parental consent.

Under the Dutch conditions, a patient’s request for euthanasia can be fulfilled by a doctor if the request is “voluntary and well-considered” and the patient is suffering unbearably, with no prospect of improvement.

The Belgian people have ratified civilizational suicide. There is no turning back now, absent a national awakening through evangelization. There is so much wrong with this law that it hardly bears discussion. It is simply malevolent, and it brings me back to an experience of when Regina and I were engaged to be married.

It was 1990-1991 and Regina was still a new Pediatric Nurse at Cornell Medical Center in NYC. One of her patients (We’ll change his name and call him Daniel) was a young boy who was six years old and being treated for leukemia. This little charmer stole my fiancé’s affections, along with those of the entire nursing staff. The stories of Daniel’s antics were hilarious and non-stop. Against the backdrop of the hilarity was the constant encroachment of a disease that had a short-lived remission.

There came a point when “the trip” was brought up in regards to the timing of the leukemia’s progression; the trip to Disney for this little prince. Off went the family and an excited little boy who had never been to Disney World.

It was magical for him.

For mom and dad, it was the unique blend of joy and dread experienced by so many parents of critically ill children. Back home, Regina steadied her young girl’s heart for the switch from heroic last-ditch efforts in oncology to palliative care not only for Daniel, but for his parents, who by now seemed like extended relatives. When the end came, it came hard and fast.

There was never an issue of unbearable suffering for little Daniel. His pain was adequately managed. I was at Regina’s apartment in hospital housing on that Sunday afternoon when the day-shift nurse called with the news. Daniel had slipped away peacefully and Regina needed to come over. Regina had a good cry and asked me to go with her. When we arrived, Daniel was there in his bed, surrounded by grieving family, nurses, and physicians. His father sat next to his dead son, encapsulated in a bubble of grief that was impenetrable. It was there that I finally met this extended family.

Daniel’s mother hugged Regina and the two just cried. She thanked her over and over for all of her kindness as his night nurse, for the loving way in which she cared for Daniel, and for all of the emotional and logistical support that Regina gave that went way over and above the requirements of her job.

I stood there in support but mostly a spectator to this beautiful, if heartrending, scene. There before me were some of the finest minds in medicine and nursing in the world, in an Ivy-League teaching hospital, in fast-paced and cynical New York City, and they cried, laughed, and loved unashamedly. To the very last moment of Daniel’s brief life among us, they lavished their finest clinical ministrations upon him, and supplemented that with generous amounts of love.

Children such as Daniel simply do not think about suicide. They are hard-wired for hope in the future. In Regina’s quarter of a century as a pediatric nurse, never once has she come across a terminally ill child who ever wanted to end it all, who ever thought in those categories. That is a category introduced by the adults in their lives. The permanence of death simply escapes children.

There is only one antidote for the Belgian experience, and it revealed itself to me through my young fiancé and her colleagues a long time ago. At the wake and funeral it was a celebration of love, and the entire staff turned out in force for the family and for each other. A month later, Regina received a video from Daniel’s family asking that she remember him. His prayer card remains on Regina’s dresser to this day. A few times through the years, I have taken out that video and watched, and remembered, and learned.

It’s all about the courage that comes from love. That courage propels us to advance the field of palliative medicine, while allowing families to work through their bitter sorrow without succumbing to despair.

In that private room so long ago, it was evident that death came like a silent thief amidst an enormity of love. Daniel didn’t die at the hands of Regina and her colleagues. He lived at their hands, and more fully and beautifully because of their love and the love of his family. And when it was all said and done, his parents took up the rest of their lives having been lovingly supported and affirmed by a staff of professionals who honored the love that begat the little prince who stole my fiancé’s heart.