Trending Now
You are at:Home»Featured»Book Review and Parents’ Guide: The Hunger Games Trilogy
By Jann FritzHuspen on October 24, 2011 Featured, On Books 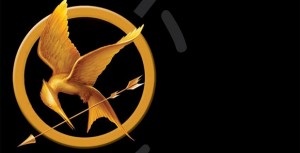 ***Spoiler Alert—The plot is discussed here in detail for parental benefit. I intend for the level of detail I provide here to help facilitate a discussion with your child even if you have not read the series yourself.

Parents want to know who their children are spending time with, what music they are listening to, and what movies/television, etc. they are exposed to. When it comes to reading material, many parents do not have the time to read what their children are reading, especially as their children get older. But parents still have a responsibility to guide their children through the potentially hazardous territory of modern young adult literature.

When I was raising and home educating my four children, I was disappointed that reviews of new literature from a Catholic viewpoint simply did not exist. And since two of my four children read far above “grade level,” they often went foraging into reading material that I considered beyond their maturity level. For example, when I first heard of Harry Potter and began to discuss whether or not the series was suitable reading material in our home, my nine-year-old piped up that she had already finished the third book! In light of that experience, when I recently heard of a popular new series, I decided to read it and write a review as a help to other Catholic parents.

The Hunger Games trilogy is a science fiction series by Suzanne Collins. It is categorized for young adults, which means it’s recommended for children as young as twelve. It is quickly following in the footsteps of the Harry Potter series in terms of popularity. Scholastic Press published the first book of the trilogy in 2008 and the third and final book in 2010. While all three books have been on the best sellers list, the third book topped all U.S. bestseller lists upon its release. Since it has already been translated into 26 different languages and the rights have been sold in 38 countries, there’s a good chance your child has heard of this series and may already have read at least one of the books. A movie based on the series is now in production, with a release date scheduled for March 23, 2012.

The Hunger Games is a futuristic, sci-fi series that draws heavily on themes of violence, war and power. It is set in the dystopia created by the Capitol, the ruling class that satiates its own pleasures at the expense and oppression of the 12 Districts. The Districts, which are made up of the working class, provide the Capitol population with everything it needs to continue its own survival and remain in power.

The story commences with Panem, the country that emerged from the civil war ruins of what was once North America, preparing for the annual Hunger Games. The Games are televised live and are mandatory viewing for every citizen in the nation. They were instituted as a punishment for the Districts’ attempted rebellion against the Capitol years ago. Every year each of the 12 Districts must provide one boy and one girl between the ages of twelve and eighteen who will fight to the death on live television until only one child is still alive. The Games exist to remind the people in the Districts that not even children are beyond the reach of the Capitol’s power.

In the first book of the series, The Hunger Games, sixteen-year-old Katniss Everdeen lives in the extremely impoverished District 12 with her mother and younger sister Prim, whom Katniss loves more than anyone in the world. Katniss’ father was killed when the mine, the main industry of District 12, collapsed. Katniss’ mother, handicapped by grief and depression since her husband’s death, has not been able to care adequately for her two daughters, so Katniss has taken on the role of provider and protector. Katniss is clever, resourceful, and creative, but she shuns other people beyond her own family members and her one friend and hunting partner, Gale.

Gale, who lost his father in the same mining accident, also is the provider for his family. One way he keeps his family fed is by hunting small game illegally in the woods beyond the borders of District 12. Gale teaches Katniss to hunt. He also teaches her survival skills, which become very valuable as the story unfolds.

This year, at the time of the reaping, when the name of one boy and one girl is drawn to see who will fight to the death, Prim’s name is called. Without hesitation, Katniss steps up to take Prim’s place, for she cannot bear to see her gentle little Prim be the first to die. The boy called to fight is Peeta, a young boy from Katniss’ class at school. Peeta once gave Katniss a bit of bread from his father’s bakery, and was punished for doing so. This small act of kindness kept Katniss’ family from starving.

As Katniss readies herself for the Games, she says her farewells to District 12. To Katniss’ surprise, a girl from her class runs up and pins a gold brooch on her outfit. It is a small circle of gold, and in its center, there is a bird holding an arrow. This becomes an important symbol later in the story.

Peeta and Katniss are now the two tributes–those chosen to fight to the death–from District 12. Unbeknownst to Katniss, Peeta has loved her since they were very young. Haymitch, their trainer for the Games, has Peeta and Katniss play up this love story, in hopes it can be used to their advantage. But there can be only one victor, one person who will survive at the end of the Games. The remainder of book one weaves the intricate story of how each of the tributes in the Games die, until only two are still alive—Peeta and Katniss.

Though Katniss has mixed feelings for Peeta, she has worked hard in the Games to keep him alive. Shockingly, at the conclusion of the Games, Katniss outwits the Capitol; she gives Peeta poisonous berries and they both eat them, leaving no victor. But as soon as the television cameras pan out, Katniss and Peeta spit out the berries. They both survive and Katniss has forced the Capitol’s hand. The Capital must declare, for the first time in history, two Hunger Games winners.

Book two, Catching Fire, picks up where the last scene in book one left off. Katniss and Peeta are now honored citizens, living in luxury with their families in Victors Village in District 12. Though Katniss’ decision to save both herself and Peeta at the conclusion of the Hunger Games was not premeditated, but rather an act of survival, Panem’s leader, President Snow, is suspicious. He believes Katniss is a subversive and orders her to a personal meeting where he threatens her family and “cousin” Gale. Katniss is still unaware that her simple act of defiance in the Games has led to unrest in the many of the 12 Districts.

When the laws for the Games were laid out, the Capital dictated that every twenty-five years would be a Quarter Quell—a special edition of Hunger Games. This year is the third Quarter Quell and as a reminder that “even the strongest cannot overcome the power of the Capitol,” President Snow declares that this year’s reaping will be from among the previous years’ winners. Since Katniss is the only girl ever to have won the Games from District 12, she is, by default, the female tribute. And Peeta is once again, the male tribute. The remainder of Catching Fire tells the story of Katniss and Peeta in their second Hunger Games, which conclude with another twist the reader least expects, one that makes Katniss a clear enemy to the Capitol. Additionally, District 13 is discovered, a District thought to have been completely destroyed in the civil war, and its infrastructure is completely underground.

Book three commences with Katniss becoming the embodiment of a mockingjay, the living symbol of the rebellion. The Capitol has firebombed District 12 in retaliation for Katniss’ earlier actions, and as a response to the rebellion in other Districts. Gale was able to rescue about 10% of the population of District 12 by taking them to the Meadow in the woods where he and Katniss used to hunt.

The remainder of book three tells the story of the full-scale battle between the Districts and the Capitol. It is filled with surprises and twists, heroism and betrayal—and violence and death. When it is all over, the Capitol is defeated, but not in the way the reader would expect. Katniss still must choose between Peeta and Gale, the two young men in her life. She is well aware that both of them love her and each has risked his life for her. In the final paragraph of the book, Katniss comes to the realization that the person she needs most is Peeta, though she had always thought it was Gale whom she truly loved.

The Hunger Games series is full of intrigue and excitement. Collins’ imaginative writing style, and her ability to create suspense to draw her reader in make these books the kind that will keep readers of any age up reading all night. That being said, The Hunger Gamesseries is one that some Catholic parents, myself included, may not want their twelve-year-old reading. The narrative pits children against each other in a fight to the death. The descriptions of death and mutilations are quite graphic and may be too lurid for sensitive readers. The series also contains a number of adult themes, which I will discuss in more detail later.

There are positive aspects of the story such as Katniss being a Christ-figure as she risks her life to provide for her family’s daily food and when she offers to fight in Prim’s place. Although Collins paints a dismal, futuristic picture of our nation, it can give young adults an idea of what our world could look like one day. If the United States continues on its present day path of self-gratification, situational ethics, and excesses of all kinds, the picture Collins paints may not be all science fiction. And the current state of chaos our nation is in, as it is led by duplicitous politicians, looks eerily like that of the world of Panem. Additionally, the series gives the reader an insight into the extreme low to which reality TV could one day reach. Considering how perverse reality television has already become, televising real people dying for entertainment may occur sooner than we realize.

There are also historical parallels between ancient Rome and Panem.  In the world of Panem, the Circus Maximus of ancient Rome is now an arena where children are the gladiators fighting each other to the death. The citizens of the Capitol, like the ruling class of ancient Rome, indulge themselves with whatever they desire at the expense of the working class. And the overarching story line in the series is one of war and peace, which parallels not only Rome but also the current state of affairs in our world today.

Finally, I created a table (following) of Themes and Discussion Starters for parents to use with their children who are reading the series. It is not exhaustive, and I invite readers to add to it. But I did want to touch on some of the concepts presented in the series so you can have a meaningful discussion with your child, from a Catholic point of view, if you choose to do so.