Trending Now
You are at:Home»Featured»China to End One-Child Policy in 2015 Because of Labor Shortages! (Not!)
By Steven W. Mosher on April 11, 2011 Featured, Life Issues & Bioethics 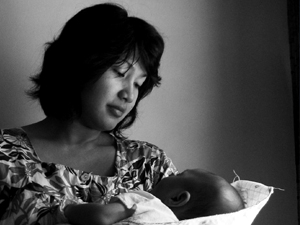 I have long wondered what it would take for the Chinese Communist Party to abandon the one-child policy that it instituted back in 1980 when I was first in China. Now we know.

It certainly wasn’t the bitter complaints of the Chinese people about this assault on their families and children that changed the Party’s collective mind. The Party has never shied away from imposing its will on the people it controls. Indeed, it believes, despite rhetoric to the contrary, that the Chinese masses exist to serve the state, not the converse. It is a crime in China to criticize Party policy, and critics are punished, not heeded.

Nor was the Party at all concerned about the millions of children, both born and unborn, who have been sacrificed as a result of this policy. After all, eliminating people was what the population control policy was all about. Diminutive Deng Xiaoping set the tone of the policy back in 1979 when it said, “Use whatever means you must (to control China’s population), just do it. With the support of the Chinese Communist Party you have nothing to fear.” Party officials have been “doing it” to Chinese women ever since, to the tune of 7 to 10 million abortions a year.

Did the Party leadership finally begin to regret the massive and ongoing human rights violations that the one-child policy entailed? Hardly. It takes a pretty hardened leadership cadre to send mobile abortion squads to hunt down pregnant women, to arrest them for violating the one-child policy, and then to abort and sterilize them against their will. This has been going on for 30 years. It is highly unlikely that Hu Jintao simply woke up one morning wracked by guilt and said to himself, “This is wrong.”

No, the reason that the policy may be ended has nothing to do with human considerations at all, but with cold dollars and cents calculations. You see, as a result of the elimination of 400 million productive young people from the population over the past three decades, China now has a labor shortage.

For 20 years, the coastal provinces have been scouring the backwaters of China for young people to fill factory jobs in assembly plants that would otherwise go begging. The villages of China have been emptied out as a result, and are now primarily home to the very young and increasing numbers of the very old.

China has now hit the Lewis turning point, named after Arthur Lewis, a Nobel Prize-winning economist who first defined that critical moment in a developing country’s economic rise when its labor supply dries up. In my view China has already hit the Lewis turning point, given that wages, prices, and inflation are now soaring in China. Others, like Dong Tao, chief regional economist for Credit Suisse Bank in Hong Kong, say that China will hit it within two or three years.

China’s communist leaders now realize that they have created, by means of their Draconian one-child policy, an artificial shortage of labor by eliminating an estimated 400 million people from the population.

But they have a problem. They cannot admit that their policy was wrongheaded from the get-go without delegitimizing their rule. So they have decided to back away from the current policy slowly, by moving to a nationwide two-child policy. This will not eliminate the abuses, of course. Women will still be arrested for the crime of being pregnant, locked up until they give their consent for an abortion, and then aborted against their will. But these now will be women who are pregnant with their third child, not with their second. The state, by all accounts, does not intend to give up its control over the reproduction of the Chinese people.

And so the Chinese Communist Party will continue to violate one of the most fundamental rights of the Chinese people: the right to decide for themselves the number and spacing of their children.