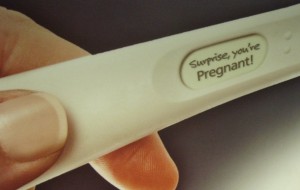 I opposed contraception at age 16 for reasons unrelated to the reasons I am against it now.

I wasn’t yet against contraception because of faith in God’s providence, or fidelity to the teaching authority of the Catholic Church, or out of sheer horror at the culture of divorce that contraception has fueled.

I still remember the day I found out that I, the third child in three years, was never meant to exist at all. And I wouldn’t exist, at all, if pharmacies in Tucson kept later hours on Saturdays in the 1960s.

It was a strange feeling, knowing I wasn’t supposed to be here: I felt anger and confusion, the pain of rejection mixed with relief at the near miss. It caused an existential crisis in my soul: I was not willed into being by a loving God who found an open channel in a loving couple. I was here by accident, against the will and despite the efforts of my own parents.

The news of my accidental existence dropped like a landslide separating my parents and me. I was a phlegmatic kid; I didn’t say much. I said nothing now. But feeling fundamentally — metaphysically — distant from my parents, I decided to become actually distant from them. Their home stopped being my home when I was 16.

I moved out into a series of arrangements: a dorm the first summer, then my brother’s apartment, then my own apartment, then a summer program, then a new life in a new school far away from Tucson.

I want to quickly add that I have been tremendously blessed: My parents welcomed me — I was not unwanted in the end. “Accidental” children who are truly unwanted face much harsher circumstances: Absent fathers, resentful mothers, self-loathing, destructive relationships with friends.  At 16, I was too willing to let this one fact of my origin outweigh all of the loving, wonderful things my parents had done for me since. I am more forgiving now.

Abortion supporters used to be fond of saying “Every child a wanted child!” I suppose they stopped saying that because the very idea of an “unwanted child” is so ugly. But contraception has made children in general unwanted, and it has made many specific children unwanted in a very direct and personal way.

They are the unplanned, the unwilled. The news of their existence came as a disappointment to their mothers and made their fathers angry. When others learned of their existence, their reaction was not a joyous celebration. It was: “Are you going to keep it?” (Which was then answered, “I’m still trying to decide.”)

The power of procreation is one of the greatest powers on earth: The power to bring another human being into existence who would be nothing, nowhere, and never if not for us. We can try to block up that power, or thwart it with hormones, or flush it out with human insecticides, or cut it off with a scalpel. But inevitably, procreation will get the best of human efforts to control it, and an unwanted child will be born.

And “openness to life” is the crazy, antiquated, inhuman, “anti-woman,” unthinkable Catholic teaching that everyone is up in arms about. The Catholic Church does not teach against birth control pills, it teaches for openness to life.

The Catholic Church teaches that our children should not have to ask: “Was I unwanted?”

This article courtesy of CatholicVote.org.