Trending Now
You are at:Home»Featured»Cowardice and Collusion at Penn State
By Ken Connor on November 21, 2011 Featured, Leadership 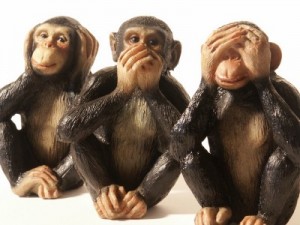 In March 1964, New York City was rocked by the grisly murder of Kitty Genovese.  Returning home from her job at a local sports bar, Genovese was attacked in the parking lot of her apartment complex and stabbed in the back while fleeing from her assailant.  The murderer later returned to find Genovese collapsed in an exterior hallway of the complex (she was slowly suffocating from a punctured lung), and there he stabbed her several more times before raping her lifeless body.

According to multiple news accounts, numbers of people witnessed the brutal attack on Genovese but did nothing to intervene – or even call the police – giving rise to what is now known in some quarters as “the Genovese Syndrome.”

As details of the Penn State child sex abuse scandal continue to emerge, it is clear that the Genovese Syndrome has plagued the campus at Penn State for years, resulting in the systematic sexual abuse of young boys and the shielding of a sexual predator from accountability before the law.  The newly released grand jury report is a damning indictment of the people and institution at the heart of the scandal – people who had ample time and opportunity to act but did nothing.  The report is a chilling illustration of how dysfunctional our moral barometers have become, and raises more questions than answers:

How is it that an athletic, 6′ 4″ young man witnesses an aging sexual predator sodomizing a 10-year-old boy only to slink way and call his daddy for advice rather than acting to stop the assault right then and there?

How is it that his father advises him to report the incident to the coach, rather than the authorities?

How is it that that coach contacts the Athletic Director, rather than the police?

How is it that a custodial staffer who witnesses the perpetrator performing oral sex on a child doesn’t call the cops?

These bizarre and infuriating questions go on and on up the chain of command at Penn State, to the University President himself.

What can possibly account for such apathy and inaction in the face of the victimization of young children?  Have we become so consumed with our own self interest, with the interest of our institutions, that we can just ignore the victims of these human tragedies?  Have we become so jealous of our own “comfort zones,” that we’d rather see a child rapist walk free than take the trouble to get involved?  What does that say about us as individuals?  As a culture?

At least eight lives have been scarred forever because not one adult had the courage to shout stop, or yell “what the hell do you think you are doing?”  We raise our children to believe that adults have their best interests at heart, are there to protect and care for them.  This is particularly true of authority figures such as coaches.  Not only were these boys victimized by a man they looked to for guidance, they were betrayed by other adults who had the power to put a stop to the abuse but didn’t.  And why?  Because the witnesses feared for their jobs?  The University’s reputation?  The bottom line of the football program?

It is a sad testament to the character of the Penn State organization and its students that the main concern expressed in the immediate aftermath of these revelations has been the fate of Coach Paterno’s football legacy.  Where are the protests on behalf of the victims?  Where are the tar and feathers?  Where are the adults who were supposed to protect our children?  The apathy and self-centeredness that has been exposed here is breathtaking and should cause us to engage in serious moral and spiritual introspection.

It has been said that America’s universities represent the future of our society.  If that’s true, and if Penn State is representative of other universities, then may God help us all.