Trending Now
You are at:Home»Featured»Diverting Idealism to the Dark Side: Boston et. al.
By Robert Struble, Jr. on April 30, 2013 Featured, Government & Politics, The Social Order 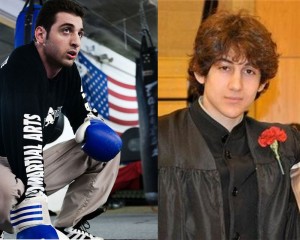 The two terrorists (two at least) who attacked the Boston Marathon in April put the power of distorted ideals on display. At some point these promising young men let youthful idealism get twisted and diverted to the dark side.

Evidently both looked with anguish upon the troubled history of Chechnya, their oppressed homeland. Yearning to improve the fate of one’s own nation is surely a high ideal, but frustrated hopes are fertile ground for the great Deceiver of hearts. Just as Nazi propaganda played like a Stradivarius violin the frustrations felt by Germans about the Treaty of Versailles; so too, apparently, jihadist ideology insinuated its way into the minds and hearts of the Tsarnaev brothers — Tamerlan, 26, and Dzhokhar, 19.

Contrast this with the idealism of America’s Founding Fathers, who managed to prevent armed insurrection from degenerating into a reign of terror, a la the subsequent French Revolution. Neither George Washington nor John Adams were certain of victory in the War for Independence, but both statesmen wrote (paraphrasing Joseph Addison) they were determined to conduct affairs such that the continental army might deserve to win. They cited Addison’s “Cato,” (1713) act 1, scene 2:

‘Tis not in mortals to command success,
But we’ll do more, Sempronius; we’ll deserve it.

After the terrorism in Boston, someone suggested that the Tsarnaev brothers were just “jerks.” I’m thinking otherwise. The younger was an accomplished student with lots of friends at the University of Massachusetts. Both brothers were talented athletes, and the elder was said to be Boston’s best boxer. Neither fits the mold of low-life losers (to use the current detestable phrase), nor of unhappy, isolated, anti-socials. 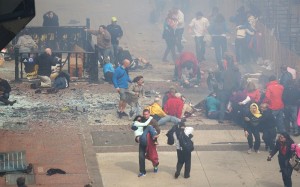 Rather, they labored under a twisted form of idealism. As idealists they were willing to take a huge personal risk in order to advance what they perceived as a worthy cause. But they chose demented and sinful means. Their concept of moral responsibility for their idealistic actions was filtered through consciences badly formed by the heretical religion of Islam in conjunction with several years of immersion in pagan America’s youth culture.

The Catholic Encyclopedia’s article on idealism references St. Augustine who writes that the power of intellectual vision is to inquire into the Divine intelligence. However, warns Augustine, “for such intuition that soul only is qualified which is pure and holy, i.e., whose eye is normal, clear, and well adjusted to the things which it would fain behold.” Such qualities did not predominate in the idealistic system(s) of the Tsarnaev brothers.

In Boston, quite another ideal underpinned the imposition of virtual martial law, accompanied by flagrant violations of the Fourth Amendment. Justification came under the heading of public safety; it’s a fine ideal often twisted for ulterior motives. Bostonians were herded into a state of mass trepidation if not hysteria over a lone 19 year old fugitive from justice. For the most part people were convinced that the government was helping them by forcing people from their homes at gun point, and fielding an army of 9000 police/troops. Why violate the Fourth Amendment? In order to apprehend with all possible speed the young man who, as it turned out, was wounded and hiding with a handgun in a dry docked boat.

To justify the lockdown of Boston, Federal and State politicians added patriotism to the ideal of public safety. It worked. Upon Dzhokhar’s anti-climactic capture crowds of citizens disregarded the fact that they were ensconced in a Greek tragedy. They seemed to forget that scores of victims were still hospitalized. And so they flooded onto the streets to celebrate with shouts of USA, USA!

Government knows how to discredit high ideals with ideals of their own. In the sphere of America’s political institutions, the term-limits movement of the early 1990’s, the greatest reform movement since the Progressive Era, was squelched by the US Supreme Court. The black-robed politburo proclaimed the ideal of federalism, with five Justices voting to distort this principle into the proposition that citizens of States cannot determine their own form of government.

Every State able to put the measure on the ballot – 26 States – passed term limits for their congressional delegations. The reform was intended to clean house in Washington, D.C., and it carried the day wherever the people spoke, with landslide electoral margins averaging 67 percent. To counter this populist upsurge, incumbent politicians shrieked that the reform was itself undemocratic. In 1993 Speaker of the House Tom Foley created a spectacle when he sued his constituents for deciding democratically against his preferred conception of democracy, i.e. government of, by, and for the incumbents.

In the economic sphere, proponents of outsourcing jobs would never describe the practice in selfish, money-grubbing terms. On the contrary they hired spin doctors to regale us with idealistic phrases like economic freedom, free trade, competitive advantage leading to lower cost, and entrepreneurial escape from regulatory restrictions.

Militant secularism is likewise held up to the nation as an ideal, its high purpose to make religious minorities feel more comfortable. Secularists tout freedom from social suasion, but candor is conspicuously absent as regards the subliminal aim, i.e. to ghettoize Christianity and raise the new paganism to preeminence in society.

In postmodern society, the most effective way of inflicting godlessness on the general populace is to couch the sin or the oppression in idealistic terms. Citizens today aren’t watching Christians suffer in the Colosseum in order to satiate sadistic pleasures, like ancient Romans. Instead of Christians cast to the lions, we’re thrown to the lawyers.

Citizens of Washington State watch their Attorney General demonstrate forcefully how no one, not even an elderly florist from Tri Cities, is above the new same-sex-marriage law. Barronnelle Stutzman, age 70, could not in Christian conscience do otherwise than refuse to provide flowers specifically for a “wedding” between two men.

Here the idealistic twist comes into play via the venerable principle that ours is a republic of laws, not men. Justice is blind, we are reassured, even as countless bureaucratic regulations are piled upon society. As GK Chesterton noted, “there is no legalist like a good secularist.” 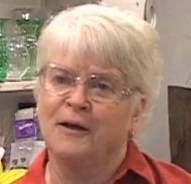 But Bob Ferguson, the State’s new Attorney General, should know better. In 1983 he graduated from Bishop Blanchet, a Catholic high school in Seattle. It is basic Catholicism, also elementary Christianity, that no believer is at liberty to enforce or to obey unjust, immoral laws. Catholic Germans could not rightly impose sentence on innocents, though German law required it, and send innocent Jews to Auschwitz.

As for Stutzman, faced with the anti-discrimination law that required her to be complicit in a same-sex-marriage ceremony, law-breaking became morally obligatory for her as a Christian. Moreover, Ferguson should have obeyed the law of God and refused to prosecute her. If his position became untenable politically, he should have resigned his office rather than sear his conscience. Instead he chose to take the low road and follow a much perverted ideal.

The rapid rise of sodomy and its growing acceptance in society was not accomplished by advertising the joys of penetration into the wrong orifices. For public consumption, rather, advocates trotted out the ideal of cultural inclusiveness. Tolerance, diversity and choice were the high sounding principles diverted to the service of sinful decision-making. Contrary ideals like the Ten Commandments — with its Thou shalt nots – were downplayed or mocked, and were forcefully marginalized by way of edicts issued in Federal Courts. Public support for Biblical morality was battered down by a mass entertainment industry, run and/or inspired by social revolutionaries.

Other ideals like kindness and respect were put forth as the basis of anti-bullying assemblies in schools. These events would sometimes morph into sensitivity sessions about, or outright propaganda for, same sex attraction.

Nor was the sexual revolution generally described by its promoters in terms of maximizing opportunity for hedonistic gratification. Rather, they promulgated appeals to the ubiquitous and much corrupted ideal of freedom, as distinguished from genuine liberty. Let people be free to express themselves sexually, to escape restrictions on human interaction, and to embrace whomever they might love. In such terms was the distorted ideal couched.

The floodgates to pornography were likewise opened by appeals to perverted ideals. Free speech guarantees under the First Amendment, the great guardian of energetic exchange of free thought, were redefined so as to protect lurid pictures of unclad models posing before cameras. To justify this adulteration of the written Constitution a new ideal was invented, tied to the practical principle of flexibility, and fitted with its own terminology: “the living, breathing, Constitution.”

In 1973, abortion on demand was likewise linked to a distorted ideal. Babies aren’t killed by exposing them to wild beasts in the forest, as in antiquity; or to back alley butchers as before Roe v. Wade; but rather in the sterile surrounding of a Planned Parenthood clinic.

And the killing was never sold as sparing playgirls the inconvenient consequence of sleeping around. No the motivation was one of compassion: let no child come into the world unwanted. Add to this idealistic mix the right to privacy, along with the ethic of choice, and suddenly all 50 State laws defending the unborn baby were swept aside.

Furthermore, abortion was portrayed as a quality of life issue. Along with contraceptives, abortion should, they insisted, be as easily and widely accessible as possible. Why so? Surely for the humanitarian ideal of saving mankind from overpopulation, with its dreadful consequences. Down with human suffering. Lessen starvation. Reduce economic deprivation. Thus did all forms of birth control, including abortion, get peddled as ancillaries of ideals.

Oh yes, the ideal in all its diverse forms: How cleverly twisted and propagated here in America by minions of the Father of Lies.