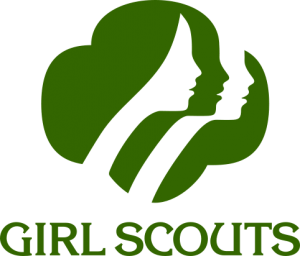 Who’s calling the shots over at the Girl Scouts? And where’s the organization headed?

The questions matter for two reasons. First, it’s cookie season. Any day now some cute little girls wearing green sashes and bright smiles will knock on your door and sweetly seek support for their projects, badges, and activities. Do you write the check or not? (Forget your craving for Thin Mints. Think rationally!) Should you support the Girl Scouts?

Second, the Girl Scouts organization (GSUSA) is in trouble again. In recent weeks, they’ve drawn scrutiny for promoting biased resources (the left-wing Media Matters) and pressuring an employee to muzzle her pro-life views. The latest events top the pile of controversies that has outraged parents and spurred some Scouts to quit the organization.

What’s going on? Are these merely quality control issues–or do the problems reflect an ideological divide between the Girl Scout leadership and the families they serve?

Concerned Scouts and their parents have publicized and documented the Girl Scouts’ liberal bent. And they’ve asked for changes.

The Girl Scouts consistently respond as if the reported problems are small brush fires that erupt sporadically because people are careless. And they project the impression that these brush fires would die out on their own, but for the hysterical bystanders—conservatives, of course—who shriek at the first wisp of smoke.

The official spokespersons’ carefully worded statements make small concessions, hoping to blow the smoke far enough away to divert attention from the incendiary truth: the leadership of today’s Girl Scouts is driven by a liberal ideology far out of step with the families and churches that support them.

Americans tilt right, increasingly so. For the third consecutive year, according to Gallup, conservative Americans (40%) outnumbered both moderates (35%) and liberals (21%). Interestingly, over the same three year period, the Girl Scouts lost half a million members and operated at a loss (In 2010, for example, GSUSA reported a $4.9 million loss.)

That’s a lotta people and a big chunk of change out the door.

You’d think the Girl Scouts leadership would consider a right turn or two, maybe even circle back around to their founding principles, like promoting “virtues” and “womanhood.”

But still the Scouts turn left. They can’t help themselves.

Their liberal ideology drives everything–from program materials to themes to partnerships–even their view of leadership.

It’s who they are. And it’s who the Girl Scouts organization has become.

A few examples tell the story.

The Girl Scouts imagines itself the “thought leader and voice for and of” American girls. But the only “voice” the Scouts hear is a liberal one. The Girl Scouts’ own research shows that the voice of American youth is strongly pro-life: just nine percent of 7th through 12th graders would advocate for abortion if a friend sought advice on an unexpected pregnancy. And only 25% believe it’s “all right” to have an abortion when a baby seriously disrupts life plans.

But the GSUSA refuses to allow pro-life advocacy to count towards badge work or program requirements, even within faith-based religious recognition programs. It’s “not an option,” they say. Yet their leadership program objectives consider advocacy for “reproductive health” in school or neighborhood as a sign that a Scout has mastered the desired advocacy skills.

In addition, the Girl Scouts’ curriculum (Your Voice, Your World: The Power of Advocacy) instructs girls to explore five pro-abortion advocacy organizations, including the Population Council, to see “where and how they are promoting change.” Pro-life advocacy groups? None.

The pro-abortion bias reflects the core convictions of the Girl Scouts’ National Leadership Team and Board of Directors. These individuals, who frame and implement the Girl Scouts’ mission, maintain tight connections with Planned Parenthood, other abortion advocates, and foundations that support them.

Pro-life views are not the only ones given short shrift by the Girl Scouts. Traditional sexual morality takes a hit, while lesbians enjoy good press in required Girl Scout materials. These books— the “Journeys” series—generally push global environmentalism from a feminist slant; certain books go further, normalizing homosexuality and degrading sexual behavior.

For example, the Journey book Your Voice Your World: The Power of Advocacy spotlights numerous lesbians and LGBT advocates as “Voices for Good”–role models for young Scouts.

And the 4th and 5th grade Journeys book, Agent of Change, highlights author Marjane Satrapi, a young Iranian woman with “real moxie,” whose life–detailed in her comic book-style autobiography, Persepolis–will “inspire” Girl Scouts. But in Persepolis, Satrapi crudely discusses men’s genitalia (even with her own father), calls nuns prostitutes, gets explicit lessons about sex from a promiscuous friend, lives with eight homosexual men, and attempts suicide twice. Offensive illustrations and shocking sexual dialogue complete the picture. For ten-year olds?

Another Journey book, GIRLtopia, encourages 9th and 10th graders “to imagine a perfect world—for girls.” It recommends the book, The Gate to Women’s Country, by Sheri Tepper (former Executive Director of Rocky Mountain Planned Parenthood), as a utopian journey into “a future world where women spend their lives learning and discovering lost knowledge.” That’s a deceptive gloss on a book laced with obscenities, revolting dialogue, and lewd descriptions, and which presents men as violent barbarians. The book graphically describes women having sex with random warriors at a semi-annual Carnival, undergoing brutal, demeaning genital exams, and breeding out violence by compulsive sterilization and selective prostitution. The only good men are castrated men. This is Girl Scout utopia?

Juliette Low, the Girl Scouts’ founder, would be aghast.

Why would Girl Scout Execs and Board members approve this material?

Because they don’t find it shocking or radical at all.

It reflects their worldview—sexual promiscuity is a given and homosexuality is normal. And indeed, key players at the Girl Scouts have a history of advocating those very positions, particularly on homosexuality.

Timothy Higdon, for example, holds a pivotal position at GSUSA: as Chief of External Affairs, he oversees marketing, fundraising, advocacy, and research. Higdon’s official bio on the Girl Scout website touts his earlier work for the Army, a fundraising firm, and Amnesty International. It even mentions he’s an Eagle Scout. But it doesn’t mention that, spurred by his decision to come out as a gay man, he’s a “seasoned gay rights activist.” (For example, in 2002 he headed a Florida gay rights organization working closely with the National Gay and Lesbian Task Force.)

In 2011, Higdon welcomed another homosexual activist to his team: Deborah Taft, Senior VP of Fund Development, sits on the Human Rights Campaign’s (HRC) Board of Governors. (HRC pushes same-sex marriage and is an adoption bully, pummeling religious adoption agencies that prefer married heterosexuals to homosexual pairs.)

I opened this article with two questions.  First, who’s calling the shots at the Girl Scouts? The answer: incorrigible liberals–unbending proponents of abortion, homosexuality, and teen contraception.

The new “Girl Scout Leadership Experience” is less about the person a girl becomes and more about “taking action” aligned with the liberal agenda. GSUSA trains girls to be “advocates,” mini community organizers who see themselves as “agents of change,” rather than young women of virtue who exercise leadership with an eye towards “personal honor…and the public good.” (Girl Scout Mission, 1917).

Indeed, it’s hard to find the language of virtue in the Scouts’ program materials. Patriotism? Self-sacrifice? Humility? Self-control? Nope. The new Girl Scouts focus on diversity, “environmental justice” (they’ve got a whole book on it), and liberal advocacy.

But don’t expect the Scouts to ‘fess up. Though they’ve gutted the meanings of “character” and “leadership,” they continue to snow member families and sponsoring organizations (like the Catholic Church) with their institutional history as a character-building, leadership organization.

Bishops, pastors, ministers, and parents, don’t be fooled. If the Girl Scouts’ leadership–toting the same pro-abortion, pro-gay, environmentalist, feminist baggage—showed up today as a new organization and sought your sponsorship to shape girls in their image, would you say yes? I doubt it.

My answer: a resounding “No!”