Trending Now
You are at:Home»Featured»HHS Mandate: Morality and the Common Good
By James Baresel on April 2, 2012 Featured, Government & Politics 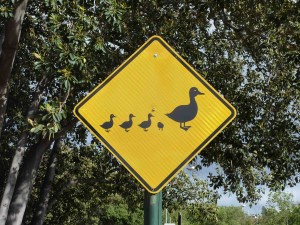 It may have been too much to hope that the recent Health and Human Services mandate requiring the provision of contraceptives and other immoral “medical care” could have alerted people to the dangers and errors of a political system built on a classical liberal understanding of freedom as opposed to one built on a Catholic, or, at the very least, a Platonic and Aristotelian, conception of the good. But would it really have been too much to hope that opponents of the HHS mandate would refrain from undermining the Catholic bishops and attacking Church teaching? Apparently this is the case. As of this writing I have encountered no less than three writings which have been critical of the bishops and, to one extent or another, in opposition to Catholic teaching on political and social matters.

I do not claim that the American bishops have responded to this situation with perfection. Opposition has been based largely on the legal issue of religious freedom rather than the moral issue of the sinfulness of contraception. Not enough has been done to highlight the problem of private employers who are Catholics having to provide immoral insurance coverage. But the nature of the criticism the bishops have been receiving reaches the point of sheer disloyalty to the bishops and opposition to the teachings of the Church.

Let us briefly trace the history of this theory. In the 14th century William of Ockham proposed a theory which constituted a complete reversal of the Catholic understanding of morality. According to Catholic theology and philosophy good and evil are determined by God’s nature, not by God’s free will. God can command us which goods to choose (for example he could command marriage or celibacy) and some of these goods are mutually exclusive. But it is not God’s willing and commanding us to choose something which makes that thing good. It is God’s nature which first determines what is good and then it is God’s will which chooses, or commands us to choose, among those things which God’s nature has determined to be good. Because of this there are some things which God must command and some things which God cannot command—though both necessities are determined by God’s nature. An example would be that God must command us to love him and cannot command us to hate him since the goodness of the love of God and the evil of hatred of God are absolutely determined by God’s nature. According to this theory truth and goodness (the truth and goodness of God’s nature) are more fundamental than freedom of will.

Ockham reversed this. According to Ockham God’s nature does not determine what is good and evil. Good and evil are, for Ockham, merely choices made by God’s will. God could command the exact reverse of everything which he has commanded. So, for Ockham, God could command us to hate him (God). Put in different terms, Catholic theology and philosophy considers the basis of law to be nature, Ockham considers the basis of law to be free will. Catholic theology and philosophy is, more broadly, a theory of the good while the positions of Ockham, more broadly, are a theory of freedom.

In the case of health care, Catholic thinking would first ask whether government control is requiring everything which is sinful. If the answer to this question is affirmative then such control is immoral. If the answer is negative then such control is morally permissible. One can argue as to whether or not such control is, in fact, broadening access to quality health care (for example a strong case can be made that the government will want to reduce costs and so actually reduce access to quality health care), and can support or oppose government controlled health care on the basis of this question. But the question which must be asked is how best to enable people to attain the good of access to quality health care—not what leaves people the highest degree of personal freedom. The same is true of government social service programs more generally. The questions to ask are not whether they limit personal freedom. The questions to ask are, rather, whether they are in accord with Catholic teaching and benefit society.

The way in which government provision for one good and how it may impact (and restrict) other goods, must, of course, be analyzed and taken into consideration before a given government program in endorsed. Freedom for the good, freedom within the good and freedom from truly excessive government regulation of life are themselves other goods which must be taken into account. It would be wrong to advocate any degree of restriction of freedom in favor of any degree of provision of the goods of life. To restrict freedom requires that the goods provided to society must be proportionate to the restriction of freedom. It would be wrong, for example, to restrict freedom to a high degree in order for small numbers of people to be cured of the common cold more quickly. But it would be obligatory to restrict freedom to a low degree in order to enable many people to obtain life saving medicine. There can be no doubt that individual freedom is an important consideration. The point that I wish to stress is that it is the common good, not individual freedom, which is the primary consideration taking precedence over freedom, and which can require limitations on it.

We can now address the question of individual freedom. It was already pointed out that Catholic thinking holds that God’s will necessarily conforms to the good as determined by God’s nature. Following on this is the Catholic understanding of the human person. Based on this the Catholic sees primarily order to the good. The voluntarist who sees God’s will as absolutely free to do whatever it wants, rather than as subordinate to the good determined by the divine nature, understands the human person on this model. For the voluntarist, therefore, the human person is primarily free. This difference has important implications for political theory.

Because the Catholic Church holds that man is primarily subordinated to an order of the good, the Church also holds that man is by nature subordinate to political authority. Pope Leo XIII taught that “God who is the Author of nature, wills that man should live in a civil society”. For this reason, as the same pope teaches, “the right to rule is from God, as from a natural and necessary principle”. Similarly, because Catholic thinking prioritizes the good, rather than freedom, Catholics hold that the purpose of the government is to direct the people to the good. According to Leo XIII, “God has willed that in a civil society there should be some to rule the multitude” and this is so because, “a society can neither exist nor be conceived in which there is no one to govern the wills of individuals, in such a way as to make, as it were, one will out of many, and to impel them rightly and orderly to the common good”. For the Catholic the purpose of government is to aid the human person to do that which is good, even to impel the people to those goods necessary for the common good. The belief that the purpose of government is to maximize the freedom of the human person to do whatever he wants is a fundamentally voluntarist doctrine.

The arguments made against the bishops simply keep us trapped in the false dichotomy of absolutism and personal freedom, a dichotomy grounded in a voluntarist doctrine at odds with sound philosophy and Catholic doctrine (one can argue that the bishops’ appeal to religious freedom rather than to morality has done the same). It is this dichotomy which has led us into the disaster of the HHS mandate. By accepting that government authority is delegated to the people—by arguing that once the government has control over a certain area the government can then do what it wants within that area—these arguments for freedom and limited government simply advocate our embrace of a more tolerable form of the same basic error, but one which does not give us a sure basis for resistance from evil.

Government can only be effectively limited by that which is superior to government, an authentic doctrine of the good which is based in God. True freedom can only be preserved when the superiority of the good over freedom is recognized. The theories of freedom and limited government as articulated by Locke, the American founders, and the critics of the bishops is a freedom for competing arbitrary wills which is unable to give a stable foundation to true freedom and proper limits on government. The way in which to extricate ourselves from the disaster is a return to an authentic philosophy and theology of the good.