Trending Now
You are at:Home»Featured»iConfess
By Patti Maguire Armstrong on April 26, 2011 Featured, On Media 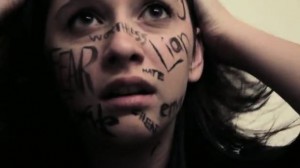 I have a confession to make. Recently, I made a solemn vow — never again to participate in another voting contest. I promised this to all my friends and family but before I carried out the vow, I begged them to vote for my ugly floor. It was an ugly floor contest and the prize was a new floor.  It was my only way, so I begged.  And begged. I had entered with little more than a week left in the contest. In two days, I went from last place to fourth.  I pleaded for even more votes but I never budged from fourth place.  All that pestering was for naught.   I still have my ugly floor after making a nuisance of myself.

Just a month earlier, my co-author Theresa Thomas, and I were awarded the About.com Readers’ Choice Award for our book Stories for the Homeschool Heart. (Woo-hoo!) It was a lot of work to get out the vote against some formidable competition, but it was worth it. However, after my recent loss, I decided voting contests require too much begging.

A week after my vow, I got an email asking for help with a voting contest. Someone had recommended me as being just the person to contact for help. Egads! I thought. What have I done to my reputation?

I’m a bit of a softie and I know what it’s like to be a beggar so I didn’t want to say no. When I learned what the contest was about, I decided that I would indeed help.  I’m not really breaking my vow, because there’s nothing in it for me, but there’s a lot in it for you; you and all sinners — not to point a finger.

The iConfess contest  (http://i-confess.com/?page_id=2) was created to help publicize New York’s all-day confessions campaign, which was originally conceived in 2009. The Diocese of Brooklyn teamed with the Archdiocese of New York and the Diocese of Rockville Center to launch a grassroots digital campaign called i-Confess to promote interest in confession during Holy Week.  This year, the 3-team diocese offered all-day confessions in their churches from 3 PM to 9 PM on April 18, the first day of Holy Week.  (Excuse me here; I can’t contain myself–HOW COOL IS THAT?!)

The goal was to generate interest in confession using both social and digital media by creating a YouTube style video up to one minute in length.  We all know the go-to group for such a combination: young people.  By offering generous scholarships, some real competition showed up. First place will be awarded a $25,000 educational scholarship and another $25,000 to go to a Catholic School or Parish of their choice. Second place is a $10,000 scholarship and another $10,000 to the school or parish of their choice, and there will be multiple third place prizes of $1,000 each.

During Lent, of course, we prepare our hearts for Easter.  Let’s fast-forward to the Gospel account of that first Easter evening in Jerusalem: Jesus said to them again, “Peace be with you. As the Father has sent me, even so I send you.” And when he had said this, he breathed on them, and said to them, “Receive the Holy Spirit. If you forgive the sins of any, they are forgiven; if you retain the sins of any, they are retained” (John 20:21-23).

Here we have the institution of the Sacrament of Penance, the clear biblical witness that the Lord Jesus gives to His priests the authority to forgive sins.

Dolan credited our youth with bringing a new energy to the sacrament. “Young people have a special gift to share with us, for they often ask their priests to hear their confessions. Gatherings of Catholic youth often include confessions, for they have discovered the beauty of this sacrament. So do our wonderful newly arrived Catholics from Latin America, Asia, and Africa.  Older generations, marked perhaps by bad experiences of routine or severe confessors, should listen to this witness of a new generation, for whom a sincere confession is a joy to be celebrated, not a duty to be grudgingly endured.

The response was enthusiastic with 159 entries from students across the country.  Interviewed on CBS New York, Bishop Nicholas DiMarzio explained that the idea was that young people are the best at using social media and have a lot to teach us. “We were surprised by the results,” he said.  DiMarzio admitted that it’s always a challenge to keep young people involved in the Church because there is so much else vying for their attention.  After viewing the high quality entries that were both informative and entertaining, DiMarzio stated, “There was a great response. They showed us they are involved and they showed us how they think.”

The contestant who contacted me, Melinda Collins is a video/journalism student at John Paul the Great University in San Diego, California.  When she saw the contest announcement, it triggered her memory of a recent idea she had: “A few months ago I thought about making a video about a girl who wakes up feeling bad with everything written on her face and only Christ can take it away,” she explained.  “I figured it would work perfect for this contest.”

As I viewed so many of these creative videos, I was impressed but also felt a twinge of disappointment that they could not all win.  But then, I realized that God is never outdone in generosity. These spirited modern apostles who are helping to spread the Gospel message, will surely be rewarded in many ways.

Share the inspiration with others and then be sure to get to confession too.  Filling our soul with grace and washing it clean is a great way to celebrate the Easter season.  I may be stuck with my ugly floor, but there’s no reason for anyone to be stuck with an ugly soul.