Trending Now
You are at:Home»Featured»I’ll Be Your Mule if You’ll Be My Donkey
By Michael Durney on April 10, 2014 Featured, Those in Need 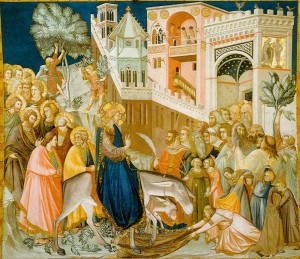 Can you imagine each person on earth serving the needs of others? Neither can I. Yet, by nature, there are some things that are harder for each of us and require a helping hand.

You may argue that in times of crisis people help people and you would be correct. A fire truck is dispatched to a fire. An ambulance attends the fallen. Storms and earthquakes bring out emergency services. But for the everyday task that quietly brings on a momentary crisis for each of us—backs that can no longer carry the burden—where is the collective? Where is the mule that serves the donkey?

We are more easily convinced to give our treasure to an organization that provides the portions of help; we are less likely to give the time or the talent to our neighbor directly. It is far easier for us to allow someone else to find our neighbor in need rather than to face him ourselves—a paradox between compassion emanating from guilt and indifference that forms from our selfish desires.

The cynic among us invents the concept of quid pro quo, the giving of something in exchange for something else. At first glance it appears a noble idea until we extract its truest meaning, i.e., it exists on the basis of what I can get by serving you, rather than what I can give by serving you. Because you may not have anything to give me—that I can get from you— I may not include you in my charity, stretching the word as far as one can. The prevailing attitude in our culture speaks the underlying truth that if I don’t need you, I will remain indifferent towards you. Passing you on the street is as easy as ignoring the trees and bushes that surround it.

The idea of indifference towards your fellow man until opportunity exists only works so far in the commerce of charity. When personal debts rise or your burdens become too cumbersome, you may find yourself with a hand out seeking a lifeline from strangers who serve the same philosophy. The process creates an economy of love and friendship that becomes stagnant, putrid and inoperative. One hand that does not wash the other ultimately creates a figurative stench in our culture that repulses everyone but surprises no one.

In the Bible, Christ tells us a parable of the servant called to settle accounts and pay his debts to the king, but he begs mercy when it is discovered that he cannot pay. The king forgives the debt with great charity but is later forced to revoke his charity when it is found out that the servant threatens his debtors with prison if they do not pay him what is owed. The economy of charity was halted by the black market of greed.

You may say, as have I, that you have personally responded to friends in need. Thank God for the goodness that prevailed, but this formula maybe flawed for two reasons. Is it possible that we have formed a habit of reactive charity and added a qualifier that it will only be offered to a friend, perhaps only one that you trust? One that will pay us back, remember the favor when the time is right, or who will bring you status or bragging rights for your charitable hand?

Have we not inserted, unwittingly, a quid pro quo into our charitable decision? If not, the world needs more of you. If so, consider a new formula.

The Lord tells us of another similar parable in which a dishonest overseer loses his position and is about to be punished. He very wisely goes to his debtors and forgives all of their debts so that he is welcomed by many friends when he is released from his chains. Our Lord does not rebuke his cleverness, but rather encourages us to consider the strategy of making many friends along our life’s journey, in a more perfect way by not waiting for need to motivate our charity. In effect, he is suggesting to us that the imperfect is the quid pro quo; the perfect is “to bear one another’s burdens.”

How would the new formula be made manifest? Imaginatively, it would be ‘each person on earth serving the needs of others.’ But we do not live in a perfect world. No, in fact, we have jobs to do, responsibilities, families and plates that are full, and, most often, an unyielding, inflexible time schedule. It is understandable. After all, we are the overlords of our own lives and we must protect our wealth from dishonest servants and harsh winters. Yes, we need to protect our futures, but what of today? Can you spare to shoulder a burden today?

There is a reason why the Lord suggests that we live in the moment and leave the past in the past and he warns us to allow the future to take care of itself: The past reminds us of follies not to be repeated and lessons that turn us into cynics. Retribution wars against forgiveness and charity are replaced by suspicions. The future scares us for the thief that hides around the corner. We hold our purses tighter and treat our fellow man as suspects for the crime that might be committed against us. Nervously, we attempt to forecast the duration of our store of goods and find sharing to be too risky.

Ah…. but if we live in the moment, inside the frame of rising and setting suns, there is a certainty that we can easily last for the day. That is the moment when burdens can be exchanged and when fear does not follow us from the past nor worry us in the future. It is this day—this very moment—when our Lord is calling us home and gives us our last chance to demonstrate our ability to partake in love, to show what we can do with it as worthy servants. Just as the Lord rode into Jerusalem on the back of a donkey anticipating our release from the burden of death, we must present our backs to release others from their burdens. He does not want us to look back to see the results or ahead to the benefits. He wants us to lift our neighbor into the air so that they might pull us into heaven—today.