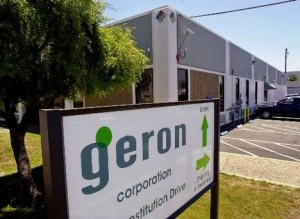 For years, the Geron Corporation has been touting its embryonic stem cell program as the future of regenerative medicine. Just last year, it became the first company to begin human trials on a treatment derived from embryonic stem cells.

This Monday, however, citing financial constraints as the primary reason, Geron announced that it has terminated these groundbreaking trials and will abandon embryo-destroying research entirely.

The California-based company had been testing the safety of treating spinal cord injury patients with cells derived from human embryonic stem cells.  By the time they shut the trial down this week, a total of four patients had been treated and so far there has been no sign of any safety problems – but no sign that the treatment was helping the patients, either.

People who suffer from physical disabilities, as well as their families, should not be discouraged by this news. When it comes to stem cell research, adult stem cells have been outperforming their unethical, embryonic counterparts for years.  While no human being has been treated with embryonic stem cells, 73 different diseases and conditions have been successfully treated in human patients with adult stem cells, including spinal cord injury, the subject of the Geron study.

This week Pope Benedict spoke to an international conference of scientists, religious figures, politicians, educators and industry representatives dedicated to supporting and increasing public awareness of research and treatments using adult stem cells. He offered praise and encouragement to those who are engaged in conducting and supporting adult stem cell research and condemned embryonic stem cell research, saying that “[t]he destruction of even one human life can never be justified in terms of the benefit that it might conceivably bring to another.”

Science and ethics must be in constant dialogue with one another, said the Pope, “to ensure that medical advances are never made at unacceptable human cost.” Urging respect for the ethical limits of biomedical research, the Benedict XVI said, the church does not seek to impede scientific progress, but simply to “guide it in a direction that is truly fruitful and beneficial to humanity.”