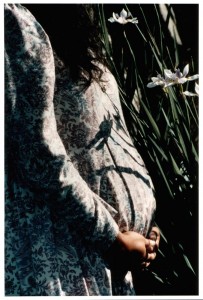 The Guttmacher Institute released a new video today (the transcript can be found here) making their case for worldwide abortion access.  A large part of their argument hinges on the contribution of abortion complications to maternal mortality. The  World Health Organization (WHO) reports that about 13% of maternal deaths occur as a result of unsafe abortion.  In particular, the video highlights Africa and Latin America as regions which account for the highest levels of unsafe abortions, claiming:

“In fact, there is little relationship between the legal status of abortion and how often it occurs. Some of the highest abortion rates in the world are in Latin America and Africa, where abortion is highly restricted in almost every country—but where many women have unintended pregnancies.”

The Guttmacher video does not mention that while the percentage of abortions in Africa and Latin America are overwhelmingly considered unsafe by WHO standards (97% and 95%, respectively, as of 2008), the number of deaths associated with unsafe abortions is far higher in Africa than Latin America.  In fact, according to WHO researchers discussing the 2008 statistics:

In other words, the women in Latin America are faring better than those in Africa not because of access to legal abortion, but because of better general health care practices.  The reference to “medical abortion” refers to abortions performed using chemical rather than surgical methods.  While it seems reasonable that better healthcare infrastructure would reduce maternal mortality of all causes, the reference to increased reliance on medical abortion is surprising, given that the risk of complications is four times greater from medical rather than surgical abortions.

Furthermore, while the WHO researchers cite studies showing an increase in the use of misoprostol for abortions in Latin American countries, the link between that and the decrease in mortality due to abortion is only speculative; in fact, the reduction in deaths may be occurring in spite of increased medical abortion rather than because of it.

Therefore, if abortion-related maternal mortality in Latin America can be reduced to levels resembling those of Europe independently of relaxing legal restrictions on abortion, it follows logically that those honestly seeking to save women’s lives would want to focus their efforts where they can make the greatest difference: by raising the overall standard of medical care in the developing world.

“Making abortion illegal does not stop it from occurring. It just drives it underground. Women are then forced to seek risky procedures, often performed by untrained providers or under unsanitary conditions; and many even try to perform abortions on themselves.”

Interestingly, when the Guttmacher Institute is not using self-induced abortion as a scare tactic, their attitude toward it is far more favorable.  According to a comment published by the Guttmacher-produced periodical “International Perspectives on Sexual and Reproductive Health”:

“Evidence suggests that the use of telemedicine by Women on Web and other medical professionals can be a safe and effective means for providing medication abortion.”

Women on Web, which is affiliated with the Dutch-based abortion provider Women on Waves, offers to ship abortion-inducing drugs mifepristone and misoprostol to women’s homes, along with instructions for their use.

The Guttmacher video refers to maternal mortality as a result of unsafe abortion as a “public health crisis that must be addressed”.  Unfortunately, the same organization continues to disseminate incomplete and misleading information, ignoring the importance of increasing standards of health care in the developing world, while encouraging women in these regions to obtain and use dangerous drugs without the oversight or knowledge of local medical professionals.

While it is true that legally prohibiting abortion does not prevent it from occurring, it is also true that improving the health of women and reducing maternal mortality does not require abortion, legal or otherwise.