Trending Now
You are at:Home»Learn & Live the Faith»Apologetics»Mission Territory
By Russell Shaw on August 10, 2012 Apologetics, Columnists, Featured, The Social Order 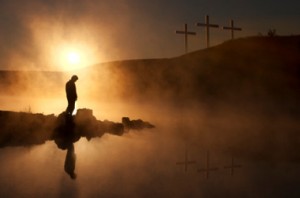 Will the present whiff of secularist persecution be a help toward healing what ails American Catholics as a Church? Leaving aside predictions, I’ll only say: it may.

Cardinal Timothy Dolan has a flair for getting people’s attention. The Archbishop of New York did that recently by declaring the Big Apple “mission territory.” Many other bishops could say the same of their sees. As far back as 1943 in fact, the famous Cardinal Suhard of Paris became forever linked to the title of a book—La France, Pays de Mission?—that he’d commissioned two youth chaplains to write.

In France as in New York and many other places, the fundamental problem was and is the same. Cardinal Dolan calls it “the societal crisis of faith.”

In just two months a general assembly of the world Synod of Bishops will be underway in Rome wrestling with the problem implied in calling New York or Paris or anywhere else outside the third world mission territory. Its theme, chosen by Pope Benedict XVI, will be the New Evangelization. And a New Evangelization, as nearly everyone must know by now, has repeatedly been proposed by Pope Benedict and Pope John Paul II before him, as a matter of the highest urgency.

But for all the discussion the topic has received, there’s a large question: how do you do it? Without imagining that it’s the whole answer, I suggest that unyielding resistance to militant secularism—as in the U.S. bishops’ campaign in defense of religious liberty against secularist inroads—may be the best tool for a new evangelization presently available to the Church in the United States and other Western countries.

There’s anecdotal but real evidence for that. A book I coauthored several years ago with Father C.J. McCloskey (Good News, Bad News) cites the witness of recent converts who report that, disgusted by the increasing decadence of the secular culture, they were drawn to Catholicism as the most effective bulwark against it. The continuing onslaught against the Church in sectors of the secular media is a form of negative testimony to the same reality.

Something I heard not long ago helps illustrate the point.

Several Catholic men had come together for an evening of conversation and fellowship. One of them was a fairly new convert to Catholicism, and someone asked him what moved him to take that step. Here’s what he said:

I’d reached a point in my life where I was puzzling over the big questions that people sooner or later do face—what’s the meaning of it all and what am I doing here and where am I going? That kind of thing.

I thought hard about all that, and after a while I came to a conclusion. In the end, there are two, and only two, real options—atheism and Catholicism. The other possibilities just can’t compete. So I thought it over some more, and I decided that Catholicism was the best bet.

And that is why I’m a Catholic now.

Not everyone will see the options that clearly. And not all who do will reach the same conclusion. But others are likely to travel the same intellectual and spiritual path as the options become ever more clear in the face of secularism’s cultural imperialism.

As that happens, many will find themselves turning to the Catholic Church—or perhaps turning back to the Church they abandoned years ago. Provided that—and this is crucial—the Church keeps up the good fight for decency and faith in our confused and polarized society.