Trending Now
You are at:Home»Featured»Movie Review: Selma
By Sr. Helena Burns, fsp on January 20, 2015 Featured, On TV and Movies 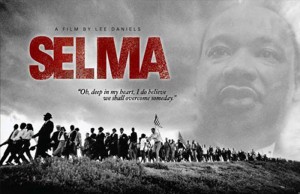 Selma, the story of a pivotal point in the civil rights work of Dr. Martin Luther King, Jr., is a well-cast, well-acted re-telling. At times it lacks a bit of a spark, especially as David Oyelowo delivers MLK’s rousing, eloquent and inspired speeches in an almost too polished fashion. But this is one of the film’s only flaws.

The very word Selma should be fraught with meaning for Americans, but with each generation, once-shocking and galvanizing events fade. Historical dramas are an excellent way to bring to life crucial personages and moments, to “never forget” where we came from as a country. Many historians loathe these re-enactments because they know all the finer complexities of situations and fear that what people now see on the screen will become ingrained as Gospel truth. But getting 80% of history right is worth it if the alternative is knowing 0%.

Rather than overstuffing the film with every great event and character of the 60’s, Selma is focused. For example, we see Malcolm X only once, at just the right time and in just the right way.

Oprah Winfrey is almost unrecognizable as she gives an incredibly humble and unprepossessing performance. Carmen Ejogo looks eerily like Coretta Scott King, so much so that you would think she had cosmetic surgery.

MLK’s small entourage of planners and activists give just the right aura of men powerful and determined in their own right, but willing to trust the thinking, leading and strategizing genius of Dr. King. But the real heroes of the film and the movement are the completely ordinary everyday folks who laid it all on the line.

Tom Wilkinson is brilliant (and comical) as LBJ. There is subtle humor everywhere if you know a little something about these times: Edgar J. Hoover’s bit part is hilarious.

The film does not forget that Dr. King (doctorate in theology from Boston University) was also, or perhaps first, a pastor. God is the ultimate reason, the ultimate giver of freedom and rights and dignity, and the civil rights movement is very much seen as God’s will–“who created all men equal”–by its participants.

The tone of the film is mostly mildly tense with a few flares in violence and raw emotion. There are many scenes of a kind of minimalist stillness. The film could have been made in a more dynamic way with intensity, blasting score, with quicker cuts and shorter dialogue, but it gives us the feel of real life unraveling in real time. The cornucopia catalogue of this era’s music (including all the jazz, blues, Gospel, folk, rock, spirituals, etc.) is used sparingly and to great effect.

For the most part, little of the actual footage of the Selma March(es)–there were two!–is used, which puts the burden on the current-day filmmakers to deliver their own images, rather than using the real images as a crutch. Only towards the end, and with purpose, do we see long cuts of the actual marches.

The first march was all Black. The second march was integrated. The media played a great role in raising awareness of the invisible horrors transpiring in the South by reporting in print, but also and much more powerfully, photographing and filming, and then displaying on worldwide television.

Today’s social justice movements (e.g., “Occupy” and #BlackLivesMatter) could really take a page from Dr. King’s, Ghandi’s and others’ playbook. If possible, go stringently by the existing laws in order to change them. Otherwise, highly organized civil disobedience. (An unjust law is no law at all.) Have a cogent list of demands, outcomes and desired goals. Use the system itself in order to be able to truly use the system (in “Selma’s” case, be able to vote). And above all? Nonviolence. Because nonviolent action works and brings lasting change.

But who will be able to stick to nonviolence in the face of all kinds of unwarranted, blatant and brutal intimidation, oppression, bigotry, and flagrant disregard for the law by those in power? Who will have the superhuman patience to be able to carry on in the face of stubborn attitudes that refuse to change? Only those who truly believe in the depths of their hearts that hatred is weaker than love.