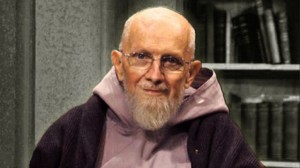 Before sharing my story, I must state emphatically that Fr. Benedict’s comments are unconscionable. Child sex-abuse victims are victims.  Period.  To excuse the culpability of an adult, much less a priest — indeed, to suggest the power, and thus blame, is in the hands of a child — is a catastrophic failure of perspective and judgment, exacerbated even further by the source being a respected Catholic priest having the highest academic degrees and experience in this arena.

I knew Fr. Benedict quite well, and share this as part of my own endeavor to grapple with this.

Prior to my current place in life as a husband and father of seven, I spent a number of years discerning a call to the priesthood.  Back in the early 90’s I was leading a North American evangelization outreach.  I knew more serious discernment of priesthood would require my stepping back and getting away from it all.  One of the first stops along that journey was by invitation of Fr. Benedict Groeschel.  As a Catholic “rock star” who had touched thousands through his books, retreats and multimedia- this was a special opportunity.

So, at the age of 22, and characteristic of my “all in” wiring — I gave away most of my possessions and resolved to do menial tasks as a “maintenance guy” around Trinity Retreat — which is the Spiritual Center of the Archdiocese of New York under Fr. Benedict’s direction. While there I would spend time praying and discerning.

I was truly blessed by my time with Fr. Benedict. We had frequent conversations over  meals, walks, and driving him to his frequent speaking engagements and retreats.

This is an aside, but brief:

As a younger man, my love of fast driving resulted in forfeiture of my license — six months after getting it. Needless to say, a few years tempered me. So I arrive at Trinity Retreat, and Fr. Benedict asks me to drive him into New York City where he was giving a talk.  How would you drive someone having the reputation of a saint blended with a Gandalf-like sagacity, beard and habit included? I thought I’d keep everything within limit.  I guessed wrong. I noticed he was fidgety, and could not figure out why. In his distinctive, Jersey accent, he exhorted me: “Gregory… if you’re going to get us there, you’ve gotta put the pedal to the metal.”

Okay then. I dusted of a corner of my mid-adolescence and kicked it in, weaving in and out of crazy, NYC traffic. I resisted the temptation to accompany it all with a classic rock station at full blast. Wouldn’t you know it, I could tell his tension was gone. Within moments his seat was back and he was fast asleep!   That was just one of many wonderful, human storiesI could tell about that year.

Swinging back. I want to make it emphatically clear:  never once, in any way, did I ever even wonder of the possibility of moral impropriety from Fr. Benedict. Nor to this day. My many stories have one, common theme:  Fr. Benedict is a genuinely good, saintly man, a renaissance man, with an evident love and compassion for everyone.  He had genuine sensitivity, but had a Jersey “man’s man” quality about him. Fr. Benedict knew a multitude of people by name, and attended to the smallest need of the most “inconsequential” person.

It was perhaps a few weeks into my stay that I became more aware of Fr. Benedict’s “special” calling… a term used in the spiritual realm as one might speak of “Special” Forces in the physical realm.  While many priests and religious sought Fr. Benedict for “ordinary” spiritual direction, he was the recognized “go to” spiritual guide in helping those in “serious trouble.”  It was a kind of warfare for which Fr. Benedict was the spiritual Special Force.

So here’s the hinge to understanding: Fr. Benedict was privy to the heart beyond the headlines.

As a trained psychologist within the Catholic tradition, he didn’t have the convenience the rest of us have of packaging up a person’s totality in a newspaper article; Fr. Benedict was charged to open a door and go in. He was charged to be a doctor to these souls.  His mission was to heal.  At the very heart, that meant a high degree of connection, empathy and love — of understanding what was going on in spiritual places most of us could only imagine.  To this end it seemed he was always in prayer, often with a heavy sense of anguish.

And so with today’s news about him, I can’t help but inquire: Which of us have not connected, loved, in a way that has made us sympathetic to a fuller, human realm of circumstances?

Of course, sympathy and excuse are very distant shores. So please understand, in no way do I excuse his excusing priests, much less deferring blame to the victims.  I am shocked.  I’m merely endeavoring to understand.  And what I can vaguely perceive is that Fr. Benedict had privy to the inner sanctuary of very wounded souls; he came to understand their histories, what factored into their dispositions, what led to actions. In there, I can only imagine the ease with which objectivity is compromised- as he heard priests speak of seductive factors they perceived as emanating from the victims.

Of course under all this is a key insight from Pope John Paul II, that the God-designed heart of the sexual urge is the urge to completion. Think about that. The “mechanism” knowingly utilized by the multibillion dollar advertising industry, sexual urge/seduction, preys upon a God-given capacity for completion in Him! Imagine the potential if our built-in compasses were rid of the magnetic disorientation and again pointed Due North?

At the end of the day, we all need to recognize the wound in our humanity — both the propensity to rationalize the use and victimization of others, but also our inclination to reduce people to the sum total of their mistakes.  How easily we put people in boxes, forgetting what that’s like when others do it to us. Fr. Benedict and his community retracted and apologized.  I know that is heartfelt and sincere. In the grand scheme of things, he has given nearly all. There will be many, many souls in heaven because of Fr. Benedict.

I am moved to humility, to recognize “but for the grace of God, so go I.” Let’s see this as an occasion to pray for all victims, priests, churches, community — indeed, for all of us who are working this salvation thing out — that we recognize our radical dependency on Jesus Christ at every moment and constantly seek to more fully embrace His transforming love and mercy.