Trending Now
You are at:Home»Featured»Occupy in Our Hearts and Minds
By Margaret Mary Myers on October 29, 2011 Featured, On Media 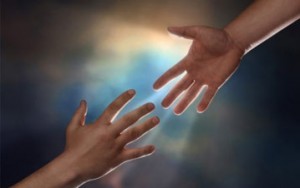 I wish, as I first read the article by Marybeth Hicks, “Some Belated Parental Advice to Protestors”, that I had stayed calm long enough to read the blurb after the article and to realize that it was actually written for the Washington Times, not for a Catholic publication.  I only realized this when I read James Tucker’s article in reply, “Catholic Media: Right and Wrong Approaches to the Occupy Movement”. Thank you, James, for sharing this point and for your insight.

As anyone who knows me from my blog knows, I don’t generally write about politics.  I write about prayer, faith, love; sometimes personal, individual economics; and how to try to accept, or rise above, or go around, hardships and handicaps that may come our way.  Nor do I intend to begin now to discuss politics.  My comments here are not about the Occupy Movement itself.   I just wish to comment on some of the points that Marybeth Hicks made.

Really?  Many of the people I’ve known in my 58 years don’t always believe, or do, exactly what their parents “taught” them at every moment in their lives.  To be fair, as she is a professional columnist, I suppose it was a ‘good lead-in’ to catch people’s attention.

Secondly, she says, “Life isn’t fair. The concept of justice – that everyone should be treated fairly – is a worthy and worthwhile moral imperative on which our nation was founded. But justice and economic equality are not the same.”

No, not economic equality, per se, not everyone having the same; but economics does enter into social justice in some way.  Justice and charity would indicate that we help our fellow man, in some way, as we are able, when he has no job or no income or when he is ill.  The political questions which I will not address, since I don’t deal in politics, would be how we go about that…how much through government aid, how much through charitable works, how much through regulation of industry, etc.

Thirdly, she said, “There is no magic money machine to tap for your meandering educational careers and “slow paths” to adulthood….”

James addressed the magic money machine, but my question is who has meandering educational careers and “slow paths” to adulthood?  And who doesn’t?   How do you decide this?   I see a lot of people who are not in the elite class, who go to community colleges; who work full time jobs and go to school one class at a time (talk about a slow path to a degree, but they persevere); and all manner of people who do whatever it takes to try to better their lives.

Oh dear.  I liked what James said about Christian joy.  But also, as I first read this comment, I thought of A Tale of Two Cities.  Has Marybeth read this book?  Would you rather they have knives and axes and guillotines?  Let them dance!

Fifthly, she admonishes the Occupy people, “There are reasons you haven’t found jobs. The truth? Your tattooed necks, gauged ears, facial piercings and dirty dreadlocks are off-putting.”

I like what one of the commenters said – that she has tattoos and has a job.  I, myself, know a skillful, hard-working woman who has a lot of tattoos and has a good job at world-renowned Johns Hopkins University.  I’m not personally recommending tattoos, in places where they show, for going to job interviews; I’m just saying that this is a sweeping generalization.  When Marybeth says “dirty dreadlocks” is she referring to cleanliness or does she not like dreadlocks?  I’m a middle-aged white mother from the suburbs, and I think most dreadlocks look really good.  You don’t have to think they look good, but it’s just a style; there is nothing moral or immoral about them.  I suppose they might get dirty if you’re camping out for days.

Sixth, and the last that I want to comment on, she says: “Occupy reality: Only 4 percent of college graduates are out of work. If you are among that 4 percent, find a mirror and face the problem. It’s not them. It’s you.”

I’m trying to take some deep breaths before I comment on this one.  Thankfully I have low blood pressure or it would have gone through the roof.  Where did the 4 percent number come from?  Even if it were true (though no reference is given to make me think it is), how many college graduates are actually working in the profession for which they got an education?  How many college graduates get adequate jobs right out of college?  How many people who graduated from college are under-employed, making minimum wage or not much more, or working part time?

How many people who graduated from college decades ago have been laid off from long-time careers?  How many people who would otherwise be retired, lost their money during years when they didn’t have jobs, and now, instead of being able to retire, are occupying jobs the new college graduates might otherwise have?  I can tell you the answer to these questions is “many” – because I know many of them personally, as some of them are my family members, relatives, friends, and friends of friends.

How many college graduates walk or take public transportation because they can’t afford a car?  I know them!  How many college graduates live with their parents?  Many!  I wrote an article on my blog several years ago about ‘house rules for adult children living with their parents’, and I get multiple hits on it every single day.  I know people in all these circumstances and while they are not perfect and neither am I and neither is anyone else, in most cases – although they need to keep their heads high, pray, and keep on trying –most of the time: it’s not them!

Occupy reality?  Yes.  I don’t pretend to have the political answers to the problems; but the greatest reality, in my opinion, is that we need to pray, hope, and love.  Yes, I grew up in the sixties, but I don’t mean fuzzy, feel-good love.  I mean love God first, and then love Him by respecting in our hearts and minds the greatest of His creation, men and women of every socio-economic class and persuasion, always imperfect and struggling, but always worthy of being loved.

Margaret Mary Myers is a Catholic wife and mother of six adult children. She has written articles for Catholic Exchange, for compilation books, and for various homeschooling magazines. She homeschooled her six children for 26 years. She also writes children's books.