Trending Now
You are at:Home»Featured»Presidential Aspirants Clamber Over Mutilated Bodies of Their Grandbabies
By Mary Kochan on October 20, 2011 Featured, Government & Politics 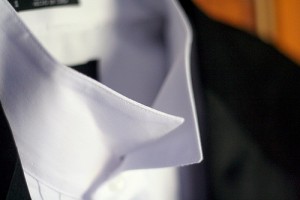 I’ve got two daughters. Nine-years-old and six-years-old. I am going to teach them first of all about values and morals. But if they make a mistake, I don’t want them punished with a baby.

Morgan: That’s what it comes down to.

Cain: No, it comes down to it’s not the government’s role or anybody else’s role to make that decision. Secondly, if you look at the statistical incidents, you’re not talking about that big a number. So what I’m saying is it ultimately gets down to a choice that that family or that mother has to make.

Not me as president, not some politician, not a bureaucrat. It gets down to that family. And whatever they decide, they decide. I shouldn’t have to tell them what decision to make for such a sensitive issue.

The state of American politics is such that the question of whether or not their own grandchildren should be torn limb from limb and thrown in the garbage has become a routine subject of speculation for presidential candidates. The state of American presidential candidates is such that they can dispassionately entertain the dismemberment of their own smallest progeny.  They are the men of whom C. S. Lewis wrote, the men without chests. Hollow of heart, they do not become livid with outrage. They do not forcefully reject out of hand any suggestion of approval or complicity in grandchild murder. They equivocate; they finesse; they parse.

And such is that state of the American electorate that having seen a grown man ponder in public the delicate and subtle question of his own grandchild’s execution for convenience sake, the audience waits expectantly for him…