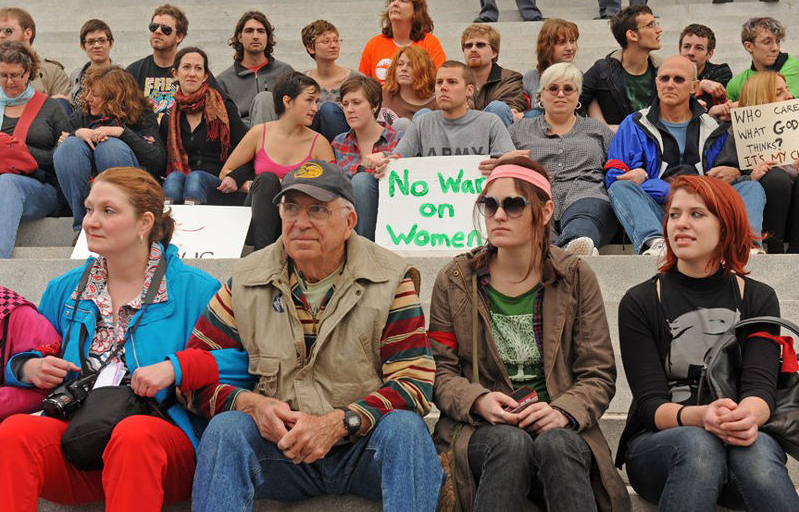 For a very short time, Puritanism was the dominant religion in America.

The need to populate a large continent led to lots of immigration of lots of people from different religions. Since then, we Americans have developed a sardonic definition of “Puritan:” a person with the nagging feeling that somewhere, someone is having fun. We have to adapt that to our current times, since now, everyone gets to have as much fun as they want.

The New Orthodoxy, the State Religion, is that abortion is a positive good. And a Pro-Choice Puritan is a person with the nagging feeling that somewhere, a woman doesn’t choose abortion.

California seems to be full of Pro-Choice Puritans. The legislature passed a bill regulating what pro-life pregnancy care centers can say, and how loudly they have to say it. Pregnancy care centers in California are required to announce that abortion is available elsewhere. The state regulates where this signage must be, and how large the type face must be.

Evidently, the Big Abortion Industry feels threatened by these centers. Even very liberal California has 167 privately financed and run pregnancy care centers. This is according to the breathless NARAL Pro-choice America “report,” modestly entitled, “Crisis Pregnancy Centers Lie.” Nationwide, according to this same “report,” there were 2,460 pregnancy care centers, 438 abortion clinics, 839 “Guttmacher clinics,” a term for which I could find no definition, and 1,720 “Guttmacher providers,” again, an undefined term.

However you define it, pregnancy care centers outnumber these other centers.

The idea that pregnancy care centers are “tricking” or “misleading” women into having their babies is preposterous on its face. The decision to abort is a decision that can be carried out in a single afternoon. But the decision to carry a child to term has to be reaffirmed every day throughout the pregnancy. The woman can change her mind one afternoon, walk into the abortion clinic, and her baby will be gone forever.

The Big Abortion Industry’s claims that “crisis pregnancy centers lie,” doesn’t hold water. In a section of the “report” purporting to show how much Pregnancy Care Centers “shame and judge” pregnant women, we find these items:

Every state in America has some kind of regulation against consumer fraud. The fact is, that these “lies” do not come anywhere near meeting the legal standard for “consumer fraud.” Unless the Pro-Choice Puritans get their friends in the legislature to redefine “fraud” to mean, “failing to use the politically correct euphemisms.”

Let’s be clear: pro-life pregnancy centers are in business to provide alternatives to abortion. They do not want to refer people for abortions. The Big Abortion Industry insists on enlisting their competitors in promoting their business, because their business is not simply providing abortions.

The Big Abortion business is creating the Fantasy Ideology of the Sexual Revolution. They want to convince people that everyone has the right to act as if sex were a sterile activity with no moral or social consequences. Since this is patently untrue, the Pro-Choice Puritans must suppress those who dissent from their Orthodoxy.

If you leave people alone to follow the trail of their experience and the evidence, most people come to realize that sex does in fact make babies. Even contracepted sex sometimes makes babies. The only way to make the Fantasy Ideology appear to be true is to downplay contraceptive failure and the medical risks, psychological problems or just plain unhappiness that sometimes arises from abortion.

The True Believers can’t allow heresies like these to go unchallenged. That is why I say that the Pro-Choice Puritans are haunted by the thought that some woman, somewhere, wants her baby.

This article was originally published at The Blaze. It is reprinted with permission.