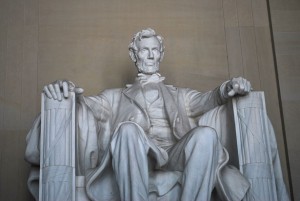 Judicial activism occurs when judges depart from their constitutional role of interpreting law and make law from the bench. It’s a pernicious practice that undermines the democratic process, and it has been with us for a long time.

American judicial history is filled with instances where judges usurped authority that did not belong to them and rewrote the law or constitutional provisions under consideration. Examples of cases involving judicial activism include Dred Scott v. Sandford, Plessy v. Ferguson, Korematsu v. United States and Roe v. Wade – to name just a few.

Article One of the United States Constitution vests the legislative authority of the government in the Congress. It is the province of elected legislators – not unelected judges – to make law.

The framers of the Constitution were careful to separate the powers of government among three separate, co-equal branches. They did not intend for one branch of government to exercise powers belonging to the other branches. To the contrary, James Madison warned in the Federalist Papers that the concentration of all powers – legislative, executive, and judicial – in the same hands “may justly be pronounced the very definition of tyranny.”

Which brings us to the most recent term of the United States Supreme Court.

The Court’s recent decisions on Obamacare and gay marriage are classic examples of judicial activism. In King v. Burwell, the court’s majority rewrote the Affordable Care Act in order to sustain it against a constitutional challenge. In Obergefell v. Hodges, the court’s majority discovered a fundamental right to homosexual marriage in the Constitution that had apparently gone overlooked for over 200 years – even though the document is silent on the subjects of marriage and homosexuality. These actions constitute judicial activism and they grossly undermine the democratic process.

In Obergefell, the Court effectively vetoed the laws or constitutions of states that had explicitly banned gay marriage, thereby overturning the will of the people and their elected representatives in almost half the country. Typically, the authority to “veto” a law is reposed in the executive branch of government. Hence, under the guise of interpreting the law and the Constitution, the Supreme Court rewrote both, thereby arrogating unto itself the powers of the executive, legislative, and judicial branches. Mr. Madison, Father of the Constitution, called that “tyranny.”

But, it’s more than that.

Justice Scalia called the Court’s actions in vetoing the laws of the states and declaring gay marriage a fundamental constitutional right a profound act of hubris, and went so far as to label it “judicial putsch” – an act of treason again the government. He went on to say, “A system of government that makes the People subordinate to nine unelected lawyers does not deserve to be called a democracy.”

In the face of such hubris, Chief Justice Roberts asked, “Just who do we think we are?”  He went on to say that, notwithstanding the inventiveness of the majority in Obergefell, the Constitution had nothing to do with the decision.

The implications of judicial activism go far beyond health care and gay marriage. These are but the latest symptoms of a growing problem, which is that judicial activism poses a grave threat to the foundations of our democratic republic. It elevates one branch of government over the other two and it erodes our right to representative government.

In some instances the elected branches have acquiesced in the face of judicial activism because it relieved them of having to deal with “hot button issues,” which always carry the risk of alienating some constituencies. In others, they have affirmed the outcomes of decisions because they liked them but had been unable to muster the necessary majorities of both houses of Congress to effect the changes themselves. In still other cases, our elected officials have simply been too timid to take on the Court.

No matter their reasons for failing to challenge the court, the problem of judicial activism is that it short-circuits the democratic process. In a democracy, process is important; it’s not just about the end result. In a democracy, the ends don’t justify the means. How we get from Point A to Point B is critical: It’s the difference between democracy and tyranny.

Even if tyrants sometime get it right, this doesn’t negate the injustice of their actions. Liberty always matters.

Freedom loving people all over America are upset about judicial overreach, not just the justices who were in the minority in these decisions. Several candidates for President are hyperventilating about the issue and are seeking to gain political capital with their over-heated rhetoric.

But this is not the time for red meat. It is time for a thoughtful, well-reasoned discussion about the dangers of judicial activism and how best to combat it.

Presidents and members of Congress are not constitutional eunuchs who are impotent to resist judicial activism. The Constitution equips them with a system of checks and balances that can be applied to reign in those who engage in judicial overreach.

Thomas Jefferson and Abraham Lincoln are examples of two Chief Executives who understood the dangers of judicial activism and who resisted it in their time. Where would America be today if Mr. Lincoln had rolled over in response to the Dred Scott decision?

Will the current crop of candidates have the chutzpah to grasp the nettle and deal with the issue? Will Congress? Amendments to the Constitution are not necessarily the solution – especially when activist judges have demonstrated a penchant for rewriting the document.

So the question recurs: Will the candidates do more than just acknowledge the problem? Will they do more than raise their voices, wring their hands and get red in the face? Will they tell the American people how they intend to check and balance judges who usurp authority that does not belong to them? Will they tell us how they will use their executive powers to keep judicial activists at bay? Will they offer a prescription for how the Congress can use its power to diminish the power of judicial tyrants? Have they forgotten Alexander Hamilton’s observation in Federalist No. 78 that the judiciary has neither “force nor will, but merely judgment?”

In his first inaugural address Mr. Lincoln declared, “The candid citizen must confess that if the policy of the government upon questions affecting the whole people is to be irrevocably fixed by decisions of the Supreme Court, …the people will have ceased to be their own rulers, having to that extent practically resigned their government into the hands of that eminent tribunal.” Those words are no less true today than they were in Lincoln’s time.

America needs a President who will exercise the full measure of his or her constitutional authority to reign in an errant judiciary. We need a President who will help restore representative government back to the people. The right to representative government is, after all, a legacy that has been bequeathed to us by the blood of patriots who resisted the tyrants of their day.

Is there an Abraham Lincoln among the current crop of contenders for the presidency?

Only time will tell.