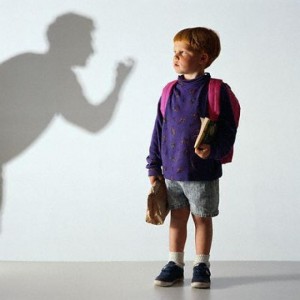 On Wednesday, Aug. 17, I — along with the venerable child advocate Dr. Judith Reisman — attended a conference hosted by the pedophile group B4U-ACT. Around 50 individuals were in attendance, including a number of admitted pedophiles (or “minor-attracted persons” as they euphemistically prefer), a few self-described “gay activists” and several supportive mental-health professionals. World renowned “sexologist” Dr. Fred Berlin of Johns Hopkins University gave the keynote address, saying: “I want to completely support the goal of B4U-ACT.”

Here are some highlights from the conference:

So, am I just an intolerant, “pedophobic” bigot? Apparently so. In fact, Dr. Berlin says pedophilia is just another “sexual orientation.” Some of the “minor attracted” conference-goers insisted that they were “born that way.” Sound familiar?

This is sexual anarchy — fulfillment of the moral relativist dream.

In the 1940s, homosexual psychopath and secular-humanist messiah Alfred Kinsey’s stated goal was to destroy, in society, the Judeo-Christian sexual ethic. He has largely achieved that goal.

Indeed, during his sexology “research,” Kinsey facilitated the rape of thousands of children — some as young as 2 months old — placing stopwatches and ledgers in the hands of “minor-attracted persons” to document their “findings.” He then recorded everything in what is generally referred to as the “Kinsey Reports.”

Kinsey determined, among many things, that children are not harmed by sex with adults and that it can be a positive experience. Old Al even earned his very own Kinsey Institute, still in existence today at Indiana University.

As recently as 1998, the APA seemed to agree with Kinsey’s assessment, releasing a report that suggested harm caused by child rape was “overstated” and that “the vast majority of both men and women reported no negative sexual effects from their child sexual abuse experiences.”

Furthermore, the APA report suggested that the term “child sex abuse” be swapped with “adult-child sex,” indicating, as did Kinsey, that such “intergenerational intimacy” can be “positive.” Isn’t “tolerance” wonderful?

Oh, and the “progressive,” political-activist APA has also seen fit to join an amicus brief in favor of so-called “same-sex marriage.” What does this have to do with psychiatry? Your guess is as good as mine.

Make no mistake: Children are the target of what I call the “sexual anarchy movement.” Whether it’s the movement’s pedophile wing that seeks to literally rape children, or its radical pro-abortion, homosexualist and feminist wings, which seek to rape the minds of children, the larger sexual anarchy movement has a shared goal: Attack, corrupt and destroy God’s design for human sexuality. Children are just collateral damage.

Sexual anarchists know that to own the future, they must own the minds of our children. Hence, groups like B4U-ACT, GLSEN (The Gay Lesbian Straight Education Network), Planned Parenthood and the like utilize academia from pre-school to post-graduate to brainwash and indoctrinate. Still, sexual anarchists are not restricted to the world of not-for-profit perversion advocacy. They also permeate the Obama administration.

Small surprise when you consider that radical feminist and pro-abort Kathleen Sebelius was President Obama’s pick as HHS secretary.

You may also recall that Mr. Obama appointed Kevin Jennings, founder of the aforementioned GLSEN, to the post of “safe schools czar.” The position is now defunct, ostensibly due to national outrage over Jennings’ appointment.

In keeping with the thinly veiled goals of B4U-ACT, GLSEN seems to be “running interference” for pedophiles, having tacitly advocated adult-child sex through its “recommended reading list” for kids.

Again, not surprising when you consider that one of Jennings’s ideological mentors is “gay” activist pioneer Harry Hay. “One of the people that’s always inspired me is Harry Hay,” he has said glowingly.

What did Mr. Hay think? I’ll let him speak for himself. In 1983, while addressing the pedophile North American Man Boy Love Association (NAMBLA), Hay said the following:

(Oddly, there’s another “gay” activist group, Parents, Families and Friends of Lesbians and Gays, or PFLAG, that frequently partners with GLSEN. I wonder where they came up with the catchy title.)

Bolstered by support from the National Education Association, GLSEN has access to your children through sex education curricula it provides thousands of public schools across the country, and via adult sponsored “Gay Straight Alliances,” hosted in those same schools.

Alas, we live in a post-Kinsey America wherein our culture, along with our Judeo-Christian heritage, rots in the heat of the day. The stench of sexual anarchy is masked by the soaring, disingenuous rhetoric of “tolerance,” “diversity” and “comprehensive sex education.”

Sick to your stomach? I am. Why can’t these sexual anarchists leave our children alone and let kids be kids?