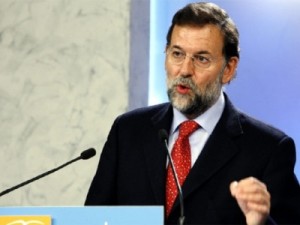 It was predictable that Spain’s parliamentary elections last November would end in victory for Spain’s conservative People’s Party after the abject failure of the Spanish Socialist Party in combating rising unemployment and languid economic growth during the economic crisis. Similarly, it was thought to be predictable that a conservative victory would yield major gains for traditional social values in Spain. However, as of today, the later prediction has proved less certain than previously imagined. Even after Spain’s center-right People’s Party succeeded in securing a significant parliamentary majority, many are still demanding that the new government step out of the shadows and take a definitive stance on key issues like abortion, gay marriage, and education.

The government’s conspicuous silence has many Catholics and social conservatives in Spain worried, and for good reason. In Spain, the Popular Party is the political party of social conservatives, not unlike the Republicans in the USA. Without them taking a strong stance on issues like gay marriage and abortion, the political voice of social conservatives in Spain would be muffled significantly. After the election of the People’s Party, many hoped for a strong rebuff of the infamous initiatives championed and codified by the previous administration of José Zapatero over the last 8 years, but now that hope hangs in a delicate balance.

Among Zapatero’s initiatives, it is mainly his successful efforts to legalize gay marriage in 2005 and his government’s sanctioning of the right of homosexual couples to adopt children that continue to remain of chief concern.

In addition, the highly contentious educational reform known as “Educación para la Ciudadanía” is also a key issue. The EpC, as it often referred, is a state led educational initiative to teach children about the democratic and constitutional values of Spain (essentially it is meant to be an education in civics). The initiative has created a public firestorm mostly because of its promotion of sexual health and family dynamics that are out of line with traditional values. The main complaint about the initiative is that it gives the state full license to indoctrinate Spanish children with “progressive” social values without parental consent. The Archbishop Toledo, Antonio Cañizares, called the initiative totalitarian and has warned his lay faithful against its destructive conclusions particularly in relation to traditional family structure.

Another worrisome sign came during the recent inauguration of the new prime minister and president of the People’s Party, Mariano Rajoy. During his inaugural address he failed to make even a single reference to the three issues I have covered in this blog post and that remain very important to social conservatives in Spain.

As we look toward the upcoming elections in our own country, it seems that a similar possibility exists for us as well. Though strong candidates like Mitt Romney and Newt Gingrich have taken positions on the issues that most social conservatives hold dear, few can call them strong, and it would be even more difficult to claim that the Republican party remains coherent on issues like gay marriage and abortion. Is this a sign that our hope is ill placed in politics and political parties? Perhaps it is time we begin to take a closer look at why the issues that social conservatives hold most dear are finding themselves without a home more often than not.