Trending Now
You are at:Home»Columnists»The Character of Our Culture Defines Our Children
By Marybeth Hicks on December 18, 2012 Columnists, Featured, On Media, Parenting 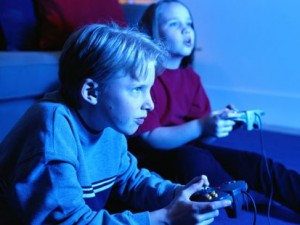 If you have access to the Internet, you likely have read a viral blog post by single mother of four Liza Long titled “I Am Adam Lanza’s Mother.” The piece has had millions of hits on the various sites on which it has been published. If you haven’t seen it, check your email. Someone has forwarded it to you by now.

The title refers to 20-year-old Adam Lanza, now infamous for killing his mother, as well as 20 children and six adults at Sandy Hook Elementary School in Newtown, Conn., before fatally shooting himself. The writer obviously is not Lanza’s mother, but a woman who feels she may know what Nancy Lanza experienced in raising her son.

The riveting essay reveals the struggle of a mother of a 13-year-old boy whose violent outbursts and erratic behavior have prompted the family to adopt a “safety plan” to escape his potentially deadly actions. With gripping detail, she recounts a recent incident in which “Michael” — not his real name, a bit of a pointless exercise in anonymity because the byline is hers — wielded a knife and threatened to kill Ms. Long and himself. She recounts the trauma of admitting him to a hospital for evaluation and treatment.

Though little is known about Adam Lanza or his mother (Lanza destroyed his computer beyond repair and therefore has eliminated the most useful source of information about his state of mind before the attack), Ms. Long fears her son’s mental illness could result in actions that would put her in the company of Nancy Lanza and other women whose sons have perpetrated some of our nation’s most heinous mass murders.

Like most of us who read Ms. Long’s article, I immediately sympathized with her plea for help and her desire to focus our national dialogue not on the political issue of gun control, but on the deeper and more complex subject of treating mental illness.

But Ms. Long’s essay quickly came under fire despite its seemingly good intent. Slate bloggers Hannah Rosin and Sarah Kendzior dug deeper into Ms. Long’s writing and called into question her own mental health, as well as her judgment for writing this and other damaging essays about her children.

Ms. Long and Ms. Kendzior ultimately released a joint statement in which they claimed not to be interested in a “mommy war” about blogger ethics, but rather agree that the privacy of children and the need for meaningful dialogue about mental illness are paramount.

I wish, in the aftermath of yet another unspeakable act of violence, we would roll up our sleeves and have the conversation instead about our national crisis in cultural character.

Mental illness is the devil’s playground, and in nearly all of the descriptions of the young men involved in mass murders, a common theme is revealed: a fixation on violent media and video games in which inflicting suffering on others brings enjoyment and a sense of accomplishment.

Only 10 months ago in the aftermath of the shooting at Chardon High School near Cleveland, in which two students were killed by a fellow teen, I wrote, “The harder yet more damning truth may be that children in this culture cannot escape the relentless messages of immorality that permeate the culture in which they live.

“Despite the best efforts of parents and families, schools and communities, the media-saturated existence of our youth — filled as it is with violence and vulgarity, evil and insanity — is defining too many of our children and presenting them with horrific examples of human behavior.”

What’s that they say about the definition of insanity? Doing the same thing again and again and expecting a different result?