Trending Now
You are at:Home»Columnists»The Fount of Divine Mercy
By Louie Verrecchio on April 30, 2011 Columnists, Featured, Live in Christ 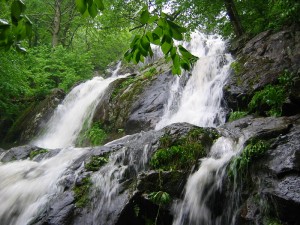 In these, the shortest of the last seven words of Christ on the Cross, one sees evidence of the Lord’s physical suffering as His precious Body – beaten and bloodied for our transgressions – paradoxically approached death as He hung parched upon the Tree of Life.

In order to grasp at the deeper meaning of the Lord’s words, however, we must remind ourselves that Jesus laid down His life willingly for a specific purpose; namely, to ransom the fallen children of Adam from eternal death. As such, the utterance “I thirst” can also be understood as an expression of the merciful Lord’s desire to gather His own “as a hen gathers her chickens under her wings” (cf Mt. 23:37).

With this in mind, the Sacrifice of the Cross and all that it entails is most fully appreciated when it is viewed as an act of Divine love that is ultimately ordered toward the fulfillment of the beloved other who stands in need; namely, humankind. When considered from this perspective, the “thirst” of which Jesus spoke is also properly understood as our thirst —an expression of sinful humankind’s longing, as compelled by grace, to attain to the eternal destiny for which he was created; namely, Divine union.

The Lord freely took this, our spiritual dryness, upon Himself and carried it in His sacred humanity to the Cross where He alone would be able to quench it with the water and blood that issued forth from His pierced side.

Holy Mother Church encourages the faithful to embrace this outpouring of Divine Mercy in a particular way on the Second Sunday of Easter — the culmination of the Octave of Easter (the eighth day signifying the “new creation” brought about by the Lord’s passion, death and resurrection).

To that end in the year 2000, at the canonization Mass of Sr. Maria Faustina Kowalska (the Polish mystic also known as “the Apostle of Divine Mercy”), Pope John Paul II made a surprising announcement. “It is important that we accept the whole message that comes to us from the word of God on this Second Sunday of Easter, which from now on throughout the Church will be called ‘Divine Mercy Sunday.’”

In the years since, there has been no small amount of confusion concerning the Holy Father’s intentions and the obligations, if any, he intended to place upon the Church’s pastors in this regard. So, let us see if we can set the record straight.

In response to the Holy Father’s wishes, the Congregation for Divine Worship (CDW) issued a decree on May 5, 2000 stating, “The Supreme Pontiff John Paul II has graciously determined that in the Roman Missal, after the title Second Sunday of Easter, there shall henceforth be added the appellation ‘or Divine Mercy Sunday.'”

Indeed, the English translation of the Roman Missal – Third Edition that we currently await will say exactly this. Simple enough, but even this has become a source of confusion as the word “or” is mistakenly taken by some to mean that “Divine Mercy Sunday” is an optional observance that, at worst, competes for the faithful’s attention with the liturgy of the Second Sunday of Easter.

It may be helpful to realize that the Latin text of the Roman Missal – Third Edition reads Dominica II Paschae seu de Divina Misericordia where the word “seu” is perhaps better translated to say “that is” or “namely.” The Holy See, in other words, did not create a separate feast at all; rather, it simply proclaimed that the eighth day of the Octave of Easter is “namely” Divine Mercy Sunday.

The CDW underscored this point further by prescribing that “the texts assigned for that day in the same Missal and the Liturgy of the Hours of the Roman Rite are always to be used.” In other words, no separate rite is being mandated, no change in readings is being suggested; rather, we are simply being told that this day is in fact Divine Mercy Sunday.

Of course, there is more to say concerning the special graces that are made available on this day, and we will explore them in just a moment, but for now one might wonder why Pope John Paul II was moved to make such a proclamation. Well, simply put, he was acting on the Lord’s desire as revealed to St. Faustina and recorded in her diary as follows:

“The Feast of Mercy emerged from My very depths of tenderness. It is My desire that it be solemnly celebrated on the first Sunday after Easter” (Diary 699).

In a subsequent revelation Jesus said, “Yes, the first Sunday after Easter is the Feast of Mercy…” (Diary 742).

One gets the sense, especially from these latter words, that this particular Sunday has always been the “Feast of Mercy,” and it is noteworthy just how perfectly the Scripture readings for this day have always fit in with that theme – both today and in the 1930’s when the revelations took place.

The Gospel reading (which is the same in both the Extraordinary Form of Holy Mass as well as in Years A,B and C in the Ordinary Form) is taken from John 20:19-31 in which the Risen Lord reveals the way in which His mission of mercy is to be carried out in time through the Sacrament of Confession, saying, “As the Father has sent me, so I send you… Receive the Holy Spirit. Whose sins you forgive are forgiven them, and whose sins you retain are retained.”

In the Ordinary Form, the Psalms remain the same in all three years of the liturgical cycle and they very fittingly contain the threefold proclamation, “His mercy endures forever.”

The 2nd reading in Year B of the Ordinary Form, as well as the Epistle for this day in the liturgy of the Extraordinary Form, is taken from 1 John 5 and it contains the following:

This verse, for those familiar, calls to mind the Divine Mercy image that emerged from St. Faustina’s visions — a representation of the Risen Christ with two rays emanating from His Sacred Heart, one white and one red signifying water and blood, along with the inscription below, “Jesus, I trust in You.”

Exactly what is promised to those who come in trust to Fount of Divine Mercy at Holy Mass on this special day? As recorded in the revelation of Jesus to St. Faustina, “The soul that will go to Confession and receive Holy Communion shall obtain complete forgiveness of sins and punishment. On that day all the divine floodgates through which graces flow are opened” (Diary 699).

To encourage the faithful to quench their thirst for Divine union by this promised outpouring of grace, the Apostolic Penitentiary, at the direction of Pope John Paul II, granted that a plenary indulgence be made available specifically on this day. (Details are available on the Holy See’s website here.)

As for the obligations of pastors, it seems the Church strictly requires very little in regard to Divine Mercy Sunday. That does not mean, however, that those who are charged with the care of souls can responsibly dismiss all that has been said. Fatherly love alone would seem to demand that our pastors at the very least make known the existence of, and the conditions for, the aforementioned indulgence.

Further, pastors should not shy away from calling attention to the name “Divine Mercy Sunday” and preaching in such way as to make explicit the connection that exists between the message of Divine Mercy and liturgy of the Second Sunday of Easter, both in the Ordinary and the Extraordinary Forms.

So where does this leave the layperson whose pastor is ambivalent toward the idea of explicitly celebrating Divine Mercy Sunday? Well, it certainly doesn’t leave them out of luck.

The onus rests on individuals to either embrace, or not, that which is offered both by the Church and by Christ Himself in the promises that He made through St. Faustina. Whatever the case may be in your parish, don’t just sit back (much less complain) and wait for your pastor to take the bull by the horns – you do it!

The John Paul II Institute of Divine Mercy (in an excellent treatment of the topic that bears the Nihil Obstat and Imprimi Potest available here) offers the following guidelines as to how one may “fittingly observe the Feast of Mercy.”

1. Celebrate the Feast on the Sunday after Easter;

2. Sincerely repent of all our sins;

3. Place our complete trust in Jesus;

4. Go to Confession, preferably before that Sunday;

5. Receive Holy Communion on the day of the Feast;

6. Venerate the Image of The Divine Mercy;

7. Be merciful to others, through our actions, words, and prayers on their behalf.

Yes, the dryness of which Jesus spoke from the Cross is our very own; it is a thirst for Divine union that, by the grace of God, is the lot of every human being — even those who deny it or do not yet even know it.