Trending Now
You are at:Home»Learn & Live the Faith»Apologetics»The Lonely Road of the Church’s “New Minority”
By Misty on December 1, 2015 Apologetics, Evangelization, Featured 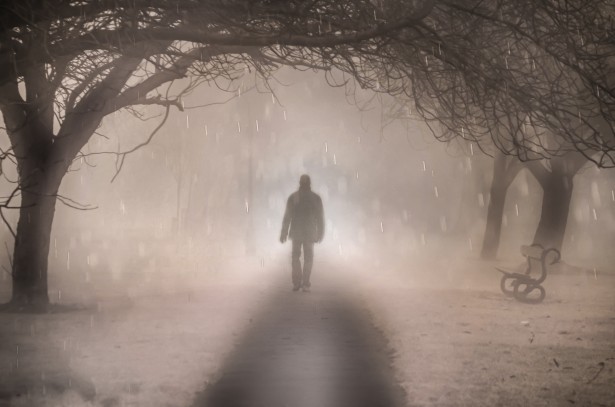 A religious once said, “Being a missionary is like taking a pearl of inestimable value into a land where the people don’t want it, even as a gift.”

The sad truth is that today, everyday faithful Catholics are called to be missionaries  in their own churches. Why? Because our fellow parishioners are often as in need of evangelization as the remote natives who’ve never heard the Gospel.

Before my conversion, I spent nearly three decades in spiritual poverty. Then I discovered the Catholic Church. Suddenly, spiritual riches beyond my imagination were offered for the taking. Even now, 15 years later, I marvel at the wisdom passed on by our doctors, mystics, and stigmatics, our rare few who have glimpsed heaven itself through apparitions. Not to mention the holy fountains we call the sacraments. The depths of wisdom and grace available through the Catholic Church could not be plumbed if I lived a thousand lifetimes.

But there is another side to being Catholic, one that is profoundly painful. And that’s the sheer disregard so many of my brothers and sisters show for their sacred heritage.

Even among those who sit in Mass every Sunday, the percentage of Catholics obedient to the Church, who treasure her wisdom on major moral and theological issues is scandalously small. In fact, I find that I’m more surprised to encounter a person who actually does follow the Church than one who dissents from Her. Having not grown up in the Church, I converted and was genuinely shocked to find people who vigorously claimed allegiance to an institution that they also publicly disdained. I naively assumed everyone who went to Mass was as excited about those great spiritual treasures, too. It was like hearing someone say, “I’m an American, but I don’t recognize the authority of the President, I believe the Constitution should be shredded, and I hope the U.N. takes over. Yes, I’m very patriotic!” Yet this attitude among even the Mass-going Catholics is so common that it’s the faithful person who is the “fanatic.”

Cardinal Timothy Dolan spoke about this sense of alienation recently when talking about those rare souls who try to earnestly practice the faith:

“These wonderful people today often feel themselves a minority, certainly in culture, but even, at times in the Church! I believe there are many more of them than we think, but, given today’s pressure, they often feel excluded.”

Statistics about American Catholicism speak for themselves: we contracept, sterilize, and abort at about the same rate as the rest of the culture. Mass is optional and more than half of us don’t believe Jesus is really present in the Eucharist. Catholics en masse elected pro-choice political leaders, and openly celebrated the recent Supreme Court ruling legalizing gay marriage. We all know that institutionalized dissent is rampant in our Church. It can make following Christ through His Church a very cold, lonely road much of the time.

G.K. Chesterton once said that all the reasons for being Catholic boil down to one reason: because it’s true. I could leave the Catholic Church, and likely find a vibrant evangelical Christian church where the people are serious about their faith and where my concerns about weak church governance are taken seriously. But as tempting as that may be, I’d rather be a nobody in the church founded by Christ than a somebody in a house of cards.

The Catholic Church is both human and divine, and there are times when I loathe the human part of our Church. (And that includes this human being; I don’t exclude my own sinfulness at all.) I hate our weakness, our pettiness, our brokenness that makes it impossible for me and so many to find consistent support in our quest to get to heaven. I hate that this redeemed world still seems so broken to me. But I also know that I’m bound to be disappointed if I insist on seeking perfection in fallen humanity, when perfection can really only be found in the very person of Christ himself.

The sacraments are valid regardless of the holiness of our priests or parishioners; they still radiate the awesome power and love of Christ regardless of the irreverence shown in our churches. Jesus still is and always will be on our altars. God alone is faithful, wholly good, and unchanging. He keeps his promises even if we don’t.

That’s why I’m still and always will be a Catholic.