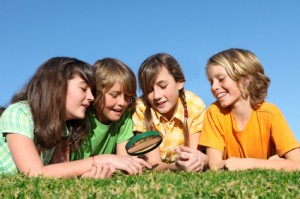 There are more young people in the world now than ever before. According to the United Nations Population Fund’s latest report, this represents an unprecedented opportunity for progress, but only if future generations are smaller.

UNFPA’s prescription to ensure a “demographic dividend” includes freely available abortion for adolescents, removing age of consent, drug and prostitution laws, and reduced parental involvement in the sexual formation of their children.

“[Y]oung people require a wide range of sexual and reproductive health services, including . . . safe abortion care,” says the 2014 State of World Population, released Tuesday. According to UNFPA, legal systems in most countries lag behind commitments they made in international human rights treaties, and have “yet to catch up with the realities of adolescents and youth.”

Of particular concern to UNFPA are age of consent laws requiring parental permission to access abortion, contraceptives, or other services like needle exchange programs for drug users.

“[A]ge of consent laws contradict the idea that young people should participate in decisions that affect them in line with their evolving capabilities,” says the report, equating participation in decision-making with unilateral control.

UNFPA also criticizes laws against “same-sex behaviour, drug use, and selling sex or sex work,” on the grounds that they “fall particularly hard on young people realizing their sexual and reproductive health and reproductive rights.”

Ideally, parents should be a primary source of information and guidance on sexuality, the report allows, but this “does not happen the way it should.” In UNFPA’s view, parents often “do not know how to talk to their children about such matters.”

The report posits that positive behavior changes among young people “could be influenced by policy interventions, such as those that loosen age or parental-consent restrictions on adolescents’ access to services.”

While UNFPA’s primary concern is curbing population growth, its focus on young people is steeped in the language of human rights, maximizing potential, and removing barriers to success. Young people are not only the targets of the approach, but are also being groomed to be its chief proponents. That means giving them messages they are not hearing at home or in their communities.

However, the premise that reducing the fertility of developing countries will catapult them into prosperity is questionable. Countries with low fertility and growing elderly populations face increasing financial burdens, since dependent children incur lower costs than dependent older people.

Economists have observed that a drop in fertility tends to follow, rather than precede, increased economic prosperity, which is why the “demographic dividend” appeared more pronounced in Asia than in Latin America or other developing regions.

While the report acknowledges that young people are held back by economic stagnation and lack of education or job opportunities, its chief concern is that poverty “can be a powerful barrier to individuals getting what they need to achieve their sexual and reproductive health and reproductive rights.”

In total, the UNFPA report asserts that the key to development is ensuring that adolescents’ sexual behavior is unsupervised, unrestricted, publicly funded, and, above all, non-procreative. UNFPA posits that the imposition of sexual anarchy upon youth will ensure their well-being and that of the whole world.