Trending Now
You are at:Home»Columnists»“I Spy” is More than Child’s Play
By Marge Fenelon on September 22, 2011 Columnists, Featured, Law & Justice 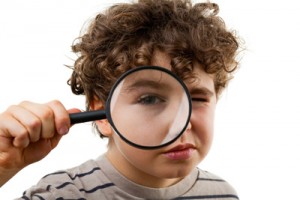 If you think “I Spy” is just a game for children, think again. Our federal government and the public school system have begun to play – but for real and they’re playing with our lives and the lives of our children.

Team Obama has launched “Attack Watch,” (www.AttackWatch.com) an interactive website and subcategory of www.mybarackobama.com produced by Obama for America, the president’s PR crew. Americans are asked to use this site to report “smears” against the president, his policies, or his administration. Smears can include anything from verbal attacks, to ridicule, to group protests. Basically, our president and his administration are asking us to tattle on each other in the case – surprise, surprise – one of us might disagree with him. Interestingly enough, Hitler and Stalin had similar, although less technologically advanced, systems in place.

Attack Watch is a spin off of the president’s 2009 effort to collect information on anyone who opposed ObamaCare. Americans were asked to report anything “fishy” they heard about health care reform to flag@whitehouse.gov. “Fishy” is an ambiguous term, and it’s a dangerous thing to ask people to report on something ill defined, if at all. So, if I write a blog post, and call it, say, “I Spy is more than child’s play,” could somebody consider that “fishy?” If I write that I don’t like Obama’s policies one iota, is somebody going to report me? Will I find a group of men wearing suits and sunglasses standing at my door?

This brings back eerie memories of grade school, when kids would listen in on others’ conversations or provoke peers into saying something mean about another kid just so they could find out who liked who or who they could scapegoat next. Do you remember the hurt and confusion that would cause? Do you remember the face of the kid who got railed off the playground because he was a little “different?” Those kinds of he-said-she-said traps were troublesome enough at the elementary level. Now we’re talking about real life adults pulling the same stuff, but in a different and more impactful context.

Other presidents have done similar spying games with US citizens, and although Attack Watch is terribly alarming, it isn’t completely new. What’s new is the impression one gets when standing back to look at the broad scope of things. It isn’t only the president that’s dangled his fingers (or the fingers of his aides) into playing I Spy, but also our public school system. Consider the Elementary and Secondary Integrated Data System (ESIDS), which is a data collection agency that practices predictive profiling by gathering often personal and potentially damaging information from and about our nation’s school children. Another gem of an institution, SPEED/ExPRESS (Standardization of Post-Secondary Education Electronic Data/Exchange of Permanent Records Electronically for Students) not only gathers information about our kids (including psychological monitoring), but also tracks them into adulthood!

It would be naive to think that this will never happen to you or your loved ones. It’s already happened to Fenelon Clan. Until recently, I was participating in a life-long tracking study that began when I was a freshman in high school. It asked increasingly personal questions about my family, my parents, and our political and religious beliefs while promising “complete confidentiality.” The agency conducting the study sent a bi-annual questionaire to my home, which I was expected to answer and return. Granted, I received a stipend for filling out each survey, but eventually I became so perturbed with the amount of time it took to accomplish (often more than an hour) and the intrusiveness of the questions, that I just stopped responding to the questionaires.

That’s when the bombardment began! Emails, phone calls…every single day. They wanted to know why I’d stopped participating in the study and hoped to convince me of its importance. My desire to quit the study had more to do with a sick feeling in my gut than it did the inconvenience of the time it took away from my more important work (my family and my writing), and so I told them that I did not want them to contact me again.

They were nice enough about it, and left me alone from then on. But now I wonder – what was that information used for, anyway? Why did they feel it was vital to track myself and my fellow high school peers? Was the study truly confidential? Will my years of participation come back to haunt me someday? After hearing about the ESIDS and Attack Watch, I’m feeling even more uncertain about having gone along with the study and even more grateful that I pulled out.

This disturbing trend not only affected me, but also my children. One of the main reasons we switched from public schooling to home schooling was because of the sudden onslaught of social workers who began to meet privately with my children and without, not only my permission, but fore-knowledge. The notes home came in streams “your child met with the social worker today and discussed xyz” and always “xyz” was something that I believed only I or my husband should be discussing – privately – with our children. I repeatedly asked for prior notification of these meetings, but was never given it. To top it off, one day I discovered one of our children rummaging through our medicine cabinet, pen and paper in hand. When I asked the child what was going on, there was a look of alarm and confusion. At first, the child didn’t want to answer me. With some prying, I got it out: Our child had been told by the teacher to go through our medicine cabinet and make a list of all medications – both over the counter and prescription – and bring the list back to school the next day without telling the parents!

That was the end of that. No entity – public or private – has the right to usurp my authority over, and responsibility for, my child. Period. We took our children out of public school mid-year and never looked back. Home schooling hasn’t been the perfect solution for us, but at least we’ve (hopefully) protected our children from becoming the victim of surreptitious and potentially harmful information gathering campaigns. And there’s nothing fishy about that.