Trending Now
You are at:Home»Society & Common Good»The Economy»Budget Tightening in Pennsylvania—and Around the Nation
By Dr. Mark W. Hendrickson on March 14, 2011 The Economy 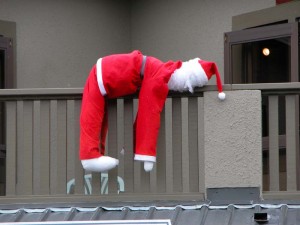 Pennsylvania’s new governor, Tom Corbett, has submitted his first annual budget to the state legislature. It includes proposals for spending cuts and no new taxes. In some ways, the budget is a model of what must be done nationwide.

Gov. Corbett also claims that it cuts spending, but that depends on how the numbers are crunched. During the current 2010-2011 fiscal year, $28 billion is being disbursed from the general fund. That’s less than half of total Pennsylvania government spending—the balance consisting of special funds and federal funds. Next year, approximately $3 billion of one-time federal stimulus funds will be gone; thus, the 2011-2012 general fund would decrease to $25 billion without any spending cuts or increases. Since Corbett has proposed to spend $27.3 billion in fiscal year 2011-2012, then the alleged 3.1 percent cut from $28 to $27.3 billion, while technically true, appears to be an actual 9.5 percent, $2 billion hike in Pennsylvania-funded spending ($25 to $27.3 billion).

Nevertheless, Corbett has proposed specific spending cuts, eliciting criticism from those who have grown accustomed to receiving erstwhile Gov. Ed Rendell’s perennial largess. Indeed, the contrast between the Democrat, Rendell, and his Republican successor is unmistakable. It brings to mind the late Austrian scholar Erik R. von Kuehnelt-Leddihn’s description of the competing parties in modern democracies: The liberal party is the Santa Claus party; the conservative party is the “tighten the belt” party.

In Pennsylvania, ex-Gov. Rendell was Santa Claus on steroids. He increased subsidies to his favorite constituencies, such as school districts and state colleges, all eight years he was in office, even while the private sector was shrinking from the recession. Under Rendell, Pennsylvania’s general obligation debt rose 39 percent. Wait, it gets worse. Most of the commonwealth’s debt is in off-budget agencies. That indebtedness soared 93 percent under Rendell. In total, Pennsylvania’s state debt swelled 82 percent in eight years to $43 billion. (By way of comparison, local debt in Pennsylvania increased 35 percent during the same time period.) So profligate was Rendell’s spending that he borrowed more than $3 billion of federal monies to fund unemployment checks, and he left Corbett without sufficient funds to pay all current bills; consequently, Pennsylvanians are paying interest on emergency loans to cover current expenditures. Want more? The teachers’ retirement fund is $31 billion underfunded and the state employees’ pension $11 billion underfunded. Thank you, Ed Rendell.

In ancient Athens, there was a time when citizens voted on an office-holder’s performance at the end of his term. If he had governed poorly, the citizens voted to exile him. We don’t have such a safeguard today. Instead, Rendell goes on his way while Corbett inherits a mess and takes all the heat for trying to make ends meet.

Gov. Corbett has one option if he is not to allow the state’s finances to continue deteriorating to the point of bankruptcy: To play the role of belt-tightener-in-chief. Thus, he has begun to do what fiscally responsible governors across the union are doing and must continue to do to help salvage states’ financial viability. He is asking long-time beneficiaries of state spending, like the education sector, to accept some cuts. Also, citing figures that the median state government salary in Pennsylvania increased from $39,000 in 2004 to $45,000 today (in comparison to today’s private sector median income of $32,000), Corbett proposed freezes and cutbacks for state employees.

Corbett is to be commended for defying the know-nothing leftists who complain, “The big winners [in Corbett’s budget]are corporations with out-of-state addresses,” particularly oil and gas companies. This is economically illiterate. One of the best hopes for increasing state tax receipts is for those out-of-state companies to continue to create good jobs by developing the state’s rich natural-gas deposits. As for them being domiciled out of state, blame our anti-business (and therefore anti-job) tax laws. You don’t attract businesses to your state by taxing the heck out of them.

It remains to be seen which of Corbett’s proposals will be enacted by the GOP-controlled legislature. However, since the total indebtedness (including unfunded obligations) of all units of government in Pennsylvania now exceeds $194 billion, it would be fiscally insane for Corbett and the legislature not to trim spending. Actually, a three-percent trim is not enough. The debt figures are plain: It’s time for some major belt-tightening, in Pennsylvania and around the nation.