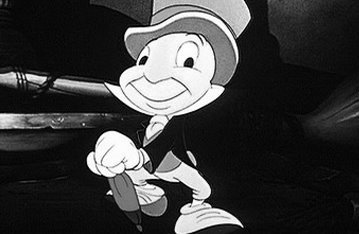 This year, as we gather to give thanks for all God’s goodness to us, I’ll be offering thanks for something for which I never thought to offer thanks before.  Thanks to Nancy Pelosi, I’m thanking God for my conscience.

Ms. Pelosi, it seems, would rather I don’t have a conscience, or “that conscience thing,” as she referred to faithful Catholics’ opposition to abortion and, in particular, to their stance advocating the necessity of conscience protections that would allow health care providers to opt out of performing abortions.  As she stated recently in a Washington Post article, she meant what she said a month ago on the House floor when she insisted that Catholic doctors would let a woman die on the exam room floor rather than perform an abortion. When asked by the Post whether she thought her comments had gone too far, she responded to the contrary: “They would! Again, whatever their intention is, this is the effect.’’

More appalling is that she claims herself a “devout Catholic” who honors and loves her faith.  Yet, it’s devout Catholics and their faith that she criticizes, including the Holy Father. I think I’ll send Ms. Pelosi a case of lip balm for Christmas, as one’s mouth can become quite chapped from speaking out both sides of it. Apparently, Ms. Pelosi doesn’t understand what a devout Catholic is, nor has she grasped the concept of conscience.

First, Catholics are not the only human beings with a conscience, nor are they the only ones to stand against abortion (and euthanasia). If I were a Pro-life advocate of another faith tradition, I’d certainly be miffed. All human beings are born with conscience.

Second, conscience is a God-given gift that is undeniable and consistent. Here’s what the Catechism of the Catholic Church teaches:

Deep within his conscience man discovers a law which he has not laid upon himself but which he must obey. Its voice, ever calling him to love and to do what is good and to avoid evil, sounds in his heart at the right moment…. For man has in his heart a law inscribed by God…. His conscience is man’s most secret core and his sanctuary. There he is alone with God whose voice echoes in his depths. (CCC1776)

Third, conscience is not arbitrary and doesn’t contradict itself. Rather, it follows natural law, which cannot be contradicted. If it’s wrong to kill one human being (the child in the womb), it’s wrong to kill another (the pregnant woman presumably being left to die on the exam room floor). It makes no sense to infer that someone would intentionally (Ms. Pelosi might say “cold-bloodedly) cause the death of one human being in order to preserve the life of another. If Ms. Pelosi understood her Catholic faith, she would realize that Catholic doctors are obligated to try by all means to save the lives of both mother and child.

Without conscience…well, let me give you a few examples from my own life.

– It’s that “conscience thing” that kept me from copying the answers to my homework in school. Consequently, I actually learned what I was taught.

– It’s that “conscience thing” that made me tell the other kids to stop throwing the contents of the class outcast’s book bag all over the playground. Think of the anti-bullying legislation that could be avoided if such a “conscience thing” became widespread.

– It’s that “conscience thing” that kept me from giving in to a relative’s pressure to co-habitate with my then-fiance instead of waiting until after we were married. Now I have something beautiful and sacred that I share only with my spouse and can guide my adult children in the same regard without hiding regrets of my own.

– It’s that “conscience thing” that kept me from listening to the ob-gyn who advised I terminate my pregnancy because of suspected difficulties. That child is now a healthy, vital, intelligent, and capable 15-year-old who is an important part of many people’s lives.

– It’s that “conscience thing” that makes my husband and I forgive transgressions, look past faults, implore God’s grace, express our love, and seek to bring out the best in one another instead of giving up and letting our marriage fall apart.

– It’s that “conscience thing” that made me interrupt the dad swearing maliciously at his small children in the grocery store. It also made me intervene and call the police when a pack of bullies were pummeling a little girl with large chunks of asphalt in the alley near my home. Imagine what would have happened to that girl without my “conscience thing” around!

– It’s that “conscience thing” that keeps me from cheating on my taxes (which help pay Ms. Pelosi’s salary and perks, by the way).

-It’s that “conscience thing” that makes me work to pull my own weight instead of stealing from my neighbors to support myself or being supported by an already-strapped Federal Government.

– It’s that “conscience thing” that keeps me receiving the sacraments so that I can become closer to God and, hopefully, closer to the ideal he has in mind for me.

I’m sorry that my “conscience thing” aggravates Ms. Pelosi so. Then again, I’m not. Too bad for the aggravation, but I am deeply grateful to God for my conscience. My conscience is the voice that sounds in my heart at just the right moment, calling me to follow the law inscribed into my heart by God; it’s my most secret core and sanctuary. It’s what makes me, and all men and women with “that conscience thing,” human.