Trending Now
You are at:Home»Columnists»If Weiner’s Sick, so Too is Much of the Nation
By Marybeth Hicks on June 15, 2011 Columnists, Government & Politics 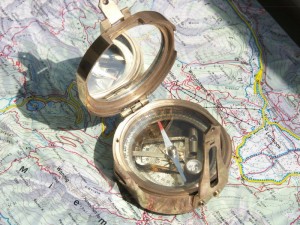 It must be said: Rep. Anthony D. Weiner is what’s wrong with America today.

Once again, when confronted with behavior that clearly speaks to the character of a man’s heart, we’re being asked to accept that he’s not entirely responsible for his actions because of some unspecified “disorder.” (Maybe narcissism, maybe obsessive-compulsive disorder, maybe chronic nerdism; hard to say without a psych assessment.)

There was a time – in low-tech America – when actions like Mr. Weiner’s would have taken place in a park and involved a trench coat. But there I go again, longing for a simpler era when a pervert was a pervert and not necessarily a guy with a condition.

As it is, now that Mr. Weiner has used Twitter to indulge his icky sexual proclivities and yet refuses to resign from his congressional seat, we’re again confronted with the new American reality: You don’t have to suffer the consequences of your actions.

Not just that. Even if you’re as skeevy as yesterday’s sweaty socks, people who like your politics will tolerate your creepiness. To wit: Mr. Weiner maintains the support of the president of the New York chapter of the Nationa Organization for Women, Julie Kirshner. She claims that just because she has learned her congressman is “a 14-year-old boy” doesn’t mean he doesn’t support feminist causes.

Sorry, Ms. Kirshner, but you’re making a big mistake. You can’t simply write Mr. Weiner’s antics off as immature for the purposes of political pragmatism. At least, not without further eroding our national ethos.

Our habit of detaching a person’s behavior from his character is having a deleterious impact on our country, and, at the risk of using hyperbole, is going to be our ultimate undoing. Maybe not in this specific case, as it’s likely the two-week leave of absence that has been granted to Mr. Weiner will turn into an early retirement with well-wishes for a “full recovery.”

No, it’s not Mr. Weiner, but the habit of moral relativism he represents that scares me. The now-familiar pattern – heinous immoral behavior, indignant denial, public humiliation, victimization through disease – is likely a manifestation of our decades-long infatuation with unconditional self-esteem.

Americans are so focused on feeling good about themselves, no matter what abhorrent behavior they put on display, they no longer exhibit the shame that ought to come with wrongdoing. You might say, well, Mr. Weiner must have felt shame because he tried to lie his way out of the mess he created for himself. That was only an effort to cover his … tracks.

No, if he feels shame, he quits Congress. Simple as that. A person of good character knows a congressman would never, could never, do the things Mr. Weiner has done and remain in office. It’s insulting to the office and the constituents he serves, not to mention humiliating for his family and friends.

Which is why this incident doesn’t prove Mr. Weiner is “a 14-year-old boy,” it proves he’s a man without a conscience, and this is what’s wrong with America.

The bad news? It’s only going to get worse.

We already know the next generation of Americans is growing up without a proper moral compass. In its biennial survey of teenagers, the Josephson Institute of Ethics in 2010 once again established the alarming disconnect between the immoral and unethical behavior of our teens – which it describes as “entrenched” – and their positive self-esteem. More than 90 percent say they feel good about their moral and ethical selves despite habitual lying, cheating and stealing.

Can’t wait until they run for Congress.

To be fair, everyone makes mistakes. Actually, to be more accurate, everyone sins. Guilt and remorse are how a well-formed conscience tells us we’ve sinned, and repentance is how we recover and make amends.

But sin has consequences, and in Mr. Weiner’s case, those consequences must be more than therapy.