Trending Now
You are at:Home»Featured»Muslim Brotherhood Leader Caught Lying—While Swearing to God
By Raymond Ibrahim on June 18, 2011 Featured, Government & Politics
Sobhi Saleh, a top Muslim Brotherhood leader who was elected by Egypt’s Supreme Council to be on the constitution amendment committee, recently gave a speech wherein he insisted that Brotherhood men should only marry Brotherhood women, since they are “superior” to other Muslim women in Egypt—and so they can “produce little Brotherhood kids.” He also likened Egyptian secularists to atheists (that is, infidels) and referred to Egyptians disagreeing with the Brotherhood as qaum lut, the “People of Lot,” the Koran’s unflattering appellation for sexually depraved societies. 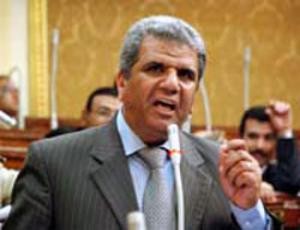 To “clarify” his position, which he received some heat for, Saleh recently appeared on Dream TV, debating Muslim intellectual Khaled Montaser. At one point, because he was unable to refute Montaser, Saleh snidely remarked that he was unaware the show was going to be an “inquisition” and that he wasn’t even informed that Montaser would be debating him. The host Mona al-Shazly, protested, adding, “Yes, you did know you would be facing Montaser.”

Saleh kept insisting otherwise, including by swearing to God—all with a very sincere look.

The host, visibly stunned, pointed out that she and the whole studio team were present when the coordinator called Saleh and told him who the other guest would be, adding in a very disappointed tone, “I have a great problem that you would swear to God on the air, when I know for a fact that you’re lying.”

Watching the video, it is clear that Saleh was mortified and speechless, to the point that, to break the awkward silence, the host said, “Okay, we’ve passed this, let’s move on now.”

This anecdote is ultimately for the benefit of those Western peoples uninitiated in Islamic lore, who—by projecting their own ethic onto Islam—may find it incongruent for a Muslim who piously seeks to order society around God’s laws, do so by taking false oaths in that same God’s name.

Yet, the fact is, Saleh’s lie accords well with Islam’s notorious doctrines of deception that permit Muslims to deceive in order to empower Islam—which is precisely what the Muslim Brotherhood and all Islamist organizations, violent and nonviolent, are all about. 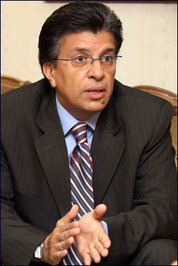 Why Saleh resorted to lying is further telling: his opponent was armed with facts, which always beat sophistry. For example, when Saleh began arguing that a Brotherhood-led government for Egypt would be wonderful for Coptic Christians, Montaser proceeded to read from a number of fatwas issued by the Brotherhood’s former grand mufti, Abdullah al-Khatib—fatwas asserting that it is forbidden to build new churches in Egypt, that in certain situations it is obligatory for Muslims to destroy churches—a regular occurrence in Egypt—and that it is forbidden to bury Christians in Muslim cemeteries, “lest they [the Muslims]suffer from the Christian’s torments of the grave.”

Incidentally, Saleh is the same Brotherhood leader who was portrayed affectionately in the New York Times: “He is a distinguished 57, clean-shaven, with white hair, wearing an orange sweater and black flip-flops. He has a leopard tissue cozy: not a leopard-print container, but what looks like a toy stuffed animal around his tissue box…. He is immediately engaging, the kind of person you shake hands with at a conference then find yourself telling people, ‘He’s such a nice guy,’ without really knowing why.”

Why, indeed. Probably because he is a master at letting people hear what they want to hear, especially in English. (Watch Saleh as he leads an Egyptian mob chanting intolerant Islamist slogans and calling for the implementation of Sharia, and somehow he won’t appear like “such a nice guy.”)

Thus, as the U.S. director of national intelligence foolishly describes the Brotherhood as “a very heterogeneous group, largely secular, which has eschewed violence,” and as President Obama asks Israel to make concessions to similar organizations, one must ask:

If top Islamist leaders have no problem lying about silly things to fellow Muslims—while swearing to God—how trustworthy are any of their words and promises to Western and Israeli leaders, that is, the hated infidels?