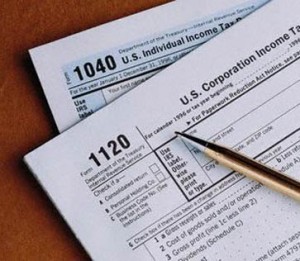 Although Texas Gov. Rick Perry has been embraced by some as an ideal presidential candidate for mainstream social conservatives, he has at least one strong critic in conservative icon Phyllis Schlafly, who says his tax plan would damage society by undermining marriage.

In an op-ed for Creators.com, Schlafly wrote that the governor’s 20 percent “flat-tax” plan would eliminate all tax advantages for couples with one primary breadwinner by disallowing spouses from filing jointly, a change she says amounts to an “anti-family bias.”

“For more than 60 years, the federal income tax has treated the family as an economic unit. A husband and wife have the benefit of pooling their income in a joint tax return, which affords larger deductions and lower rates,” she said.

“Perry would replace the pooling of husband-wife income with a system in which each individual, regardless of marital status, would owe federal taxes on his or her separate income.”

Schlafly also blasted Perry for setting up a system that she said basically rewards couples for remaining unmarried. “He offers the same standard allowances to alternative lifestyles as for married couples,” wrote Schlafly. “His plan would allow, for example, two unrelated adults living with two children to avoid income tax on their first $50,000 of income.”

“Giving that size deduction to unmarried parents, defined as ‘individuals and their dependents,’ means rewarding bad behavior and is, by definition, outside the middle class,” she said. “Regardless of income, you can’t be middle class without respecting middle-class values, the most important of which is marriage.”

The conservative leader said that while an anti-family bias is also present to a lesser degree in other tax reform plans, the Texas governor is already “on probation with pro-family voters” since the summer for saying he was “fine” with gay “marriage” in New York because “that’s their business.” Perry later emphasized that he opposed gay “marriage,” but felt individual states had the authority to make the change.

Once neck-and-neck with former Massachusetts Governor Mitt Romney, Perry has slipped in the polls in recent months, placing fourth behind former Speaker of the House Newt Gingrich. Nonetheless, he continues to lead his rivals in terms of fundraising, pulling $17.2 million in the third quarter with $15 million on hand, leaving Romney in second with $14 million.