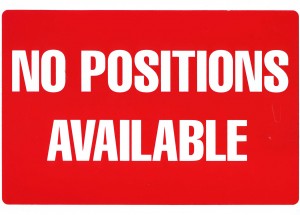 If you watched President Obama’s speech to a joint session of Congress, you didn’t see anything new. He did what he does best—campaign for re-election and pay lip service to private enterprise and fiscal responsibility while proposing more top-down economic planning that (despite his claims to the contrary) will surely plunge the government more deeply into debt; that is, if Congress gets stampeded into passing the proposed “American Jobs Act.”

This president’s policies so far have left us with economic stagnation and stubbornly high unemployment. His new proposals are more of the same. Obama’s rigid ideological convictions may render him incapable of supporting the kinds of policies that let job creation flourish. Remember that word “let”—I’ll come back to it.

Over a year and a half ago, my article “Obama’s Anti-Jobs Policy” described several ways by which this president’s policies were killing jobs: heavier taxation and regulation of business, expensive federal jobs programs that triggered a net job loss, and a minimum wage hike, among others.

Team Obama has continued to undercut job formation by waging a relentless campaign against profit-making businesses. To Obama, it seems like the only good business is a business that government funds and/or controls. His modus operandi is government economic planning. Think of the tax dollars blown on uneconomic solar boondoggles.

Team Obama persecutes private businesses. It has just launched lawsuits against banks for peddling the junk mortgages that Fannie Mae and Freddie Mac essentially forced them to issue. Late last month, the feds raided Gibson Guitars, showing far more concern for the possible importation of a little bit of illegal wood than concern for the certain immigration of large numbers of illegal aliens. The executive branch bureaucracies—led by the EPA, the NLRB, the Departments of the Interior, Transportation, Energy, et al.—have hounded, burdened, impeded, blocked, threatened, and intimidated businesses.

No wonder American businesses are reluctant to hire. In this kind of environment, business managers can’t help but wonder if they will be the next to get zapped by some government-hurled bolt out of the blue.

It never ceases to amaze me how some individuals can claim to be pro-jobs when they are aggressively anti-business. If you want jobs, you need businesses to prosper and profit. Businesses equal jobs, period. Did President Obama offer a truce to business in his speech? No. Instead, he trotted out his stale, make-the-most-profitable-businesses-pay-their-fair-share-of-taxes line (i.e., raise their taxes) again.

Yes, he did propose to give businesses a tax credit for hiring workers — another iteration of that government-with-strings-attached “partnership with business” that Obama refuses to abandon. Job creation would be more vigorous and less costly to government if the president could grasp that profit-seeking businesses are the major employers in a growing economy, and you don’t need government to use tax dollars to pay them to hire people. You just need to get government off their back.

Obama presented a new version of his failed “stimulus” plan by proposing various make-work projects. Naturally, these projects are of his choosing, which means more spending targeted to union interests such as teachers and construction workers on federal jobs. What the president fails to grasp is that government attempts to accelerate economic growth and boost job creation are counterproductive. Jobs are like roses: You can’t make them grow; you have to let them grow. If you remove obstacles to growth and protect your crop from disruptive intrusions, you’ll end up with more of what you wanted than if you try to force the issue.

What the president needs is for one of his pals in Big Business to explain to him how free markets generate jobs. Unfortunately, he surrounds himself with the likes of GE’s Jeffrey Immelt who shares his belief in state capitalism. The kind of business friend he really needs is a modern version of Monsieur Legendre.

Few people today remember M. Legendre, an obscure 17th-century French merchant. In 1680, the French economy was stagnant, as ours is today. Merchants labored under the burden of mountains of regulations and the oppressive meddlesomeness of government bureaucrats. Anxious to stimulate the economy (as a means of increasing royal revenues), Louis XIV’s Finance Minister, Jean-Baptiste Colbert, assembled some business leaders to inquire what could be done for them.

The plainspoken M. Legendre replied with the immortal phrase, “Laissez-nous faire” — “Leave us alone.” That was the origin of the term “laissez faire” as a label for a free-market economy. More fundamentally, it set forth a great truth, simple in its elegance and profundity –that the “invisible hand” of a free market generates wealth-producing jobs far more effectively than the heavy hand of government planning. That truth eludes many a bright individual, Barack Obama included.

The president pointedly belittled the laissez faire option in his speech. That is his prerogative — and our job-seekers’ loss. More stimulus, more debt, and more government planning can produce only what they have been producing: more stagnation and reduced employment opportunities.