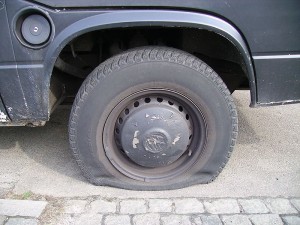 “Gay rights have arrived at the United Nations as of today,” proclaimed a senior US official during a triumphant briefing.   Her boss, Hilary Clinton, called it a “historic moment” for “lesbian, gay, bisexual, and transgendered” (LGBT) persons.

What they were referring to was a non-binding resolution passed [Friday, June 17]  by a vote of 23-19 in the UN Human Rights Council, which represents less than a quarter of all UN member states. The resolution expressed “grave concern” at acts of violence and discrimination against individuals based on their sexual orientation and gender identity.

The breathless declarations of a landmark victory for “gay rights” by the US administration, Western governments, media, and homosexual activists disguised the ugly truth. What actually happened was that a significant draft resolution that was tabled by South Africa morphed into a feeble adopted resolution that merely requested a study to be commissioned by the UN High Commissioner for Human Rights.

The resolution did not mention LGBT persons. It did not in any way call for a new human rights category for sexual orientation or gender identity, but focused only on “discriminatory laws and practices” and acts of violence.

The ensuing and baseless claims of a “gay rights” victory were predictable for a movement that has been based on misleading terms and gross misstatements of international law.  The approach of the US and its allies to the sexual orientation issue represents a déjà vu for international observers regarding the liberal positivist human rights project.

The approach began by deliberately misstating international human rights law.  In this case, the Universal Declaration of Human Rights was reinterpreted to include the new and undefined concepts of “sexual orientation” and “gender identity”, an initiative launched by UN experts in 2006 with the Yogyakarta Principles.  The very separate issues of sexual acts versus sexual inclinations or thoughts were then deliberately conflated into the concept of sexual orientation.   By doing this the activists created a problem where none existed – namely, by claiming that there was a gap in protection in international human rights law based on sexual orientation.

The Universal Declaration of Human Rights and national criminal laws protecting persons against violence already apply to all persons, regardless of their situation. No criminal law exists in any country that allows for derogation based on a victim’s sexual orientation.  Therefore, the claim that new non-discrimination laws are needed to protect individuals against violence is specious. The major sponsor of the UN resolution unwittingly revealed this reality in their statement prior to the vote last week: “In South Africa non-discrimination on the basis of sexual orientation is constitutionally guaranteed, yet we still have challenges related to violent acts against individuals because of their sexual orientation or gender identity.”

Archbishop Silvano Tomasi properly placed these issues in context in his March speech to the UN Human Rights Council:

For the purposes of human rights law, there is a critical difference between feelings and thoughts, on the one hand, and behavior, on the other. A state should never punish a person, or deprive a person of the enjoyment of any human right, based just on the person’s feelings and thoughts, including sexual thoughts and feelings. But states can, and must, regulate behaviors, including various sexual behaviors.