Trending Now
You are at:Home»Featured»2011’s Economic Conundrums Continue into This Election Year
By Theodore Kobernick on January 14, 2012 Featured, The Economy 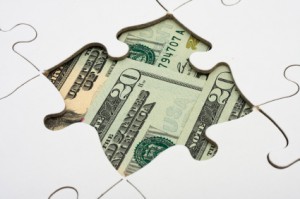 Editor’s note: Just before the holiday season, both secular and religious, got under way at the end of last year, the mainstream media and the blogosphere were exercised by a document released by the Pontifical Council for Justice and Peace addressing the world’s dire and confounding economic problems. Since this is an election year and since some would say that economic issues of one kind or another are the paramount issues of 2012, Catholic Lane is continuing to present a variety of views on the economy for the benefit of our readers. (See our Economy category for a wide variety of perspectives.) Below is one effort to understand the recommendations of the Pontifical counsel in a practical setting. Concurrent with this we present an article by David J. Peterson about why the document is important for both Catholics and world leaders to consider carefully.

Mary Kochan, Editor-in-Chief of Catholic Lane asked me to interview Mark Brumley, President of the Ignatius Press.  The interview would be about the document released October 25, by the Pontifical Council for Justice and Peace, which calls for reforming international monetary and  financial systems based on development of a global authority to manage them.  Mary saw that, this officially Catholic document dealt with matters involving the entire world.  So she suggested that I take the position of “a friendly Christian outsider” and interview Mark Brumley, who had published a review of the document in Catholic World Report.

I had become confused by the document, “Towards Reforming the International and Monetary Systems in the Context of Global Public Authority.”  So I was glad of the opportunity to interview Mr. Brumley – a friendly, knowledgeable, and influential layman, whose publishing company (surprising to me) is actually not affiliated with the Society of Jesus.

Like the other readers of Catholic Lane, I had seen disagreements about the degree of authority the “Document” carried.  After the interview with Mr. Brumley, I was convinced that these divisive arguments were off target.

“This very important preliminary document has already sparked the spirited discussions” which must take place for the world to move toward general economic justice.  Brumley explained to me that in matters theological and moral, the Church is the sole authority; apparently the Document broke no new ground here.  Mark said the application of theological and moral principles to political and economic positions was almost always an area where vigorous discussions were welcomed.  The Document certainly delves deeply into world economics and politics.  He thought that my confusion resulted from not seeing that distinction; and he wished the Document had more strongly laid out the line between its authoritative statements and its thought-provoking suggestions.

Mr. Brumley thought the Document omitted something very important to Catholics (many, perhaps most Protestants would heartily agree).  He said that when Pope Benedict talks about a global economic order, he presupposes evangelization, a preparation of hearts and minds throughout the world.  Mark felt that the Document needed to address this matter.

Moreover, he pointed out that “many experts in political economy” put great emphasis upon what he characterized as “a delicate dance between economic development and political liberty.”  The two are interrelated: political liberty rarely advances unless the economy advances; and economic advances usually require commensurate advances in political liberty.  He felt that the Document would have done well to address this interrelationship – which seems to me a part of the principles espoused by Pope Benedict.  Mark boiled this down to, “We need to promote philosophies that move people to prosperity and freedom.”

My questions brought Mr. Brumley back to restate more firmly that the subject matter of the Document is largely drawn from political philosophy, and is not specifically Catholic, and not even specifically religious.  The Document discusses the topic of world government in a way that allows and encourages Catholics and non-Catholics equally to participate.  This is a reason why Catholics should not regard the Document as authoritative.  Within the limits of my (Protestant) understanding, it seems that the Document, without the specific endorsement of the Pope, makes little or no claim to authority.  Mr. Brumley’s careful reading of the text confirmed and strengthened that opinion.

An important question of the interview was: why did Mark Brumley feel compelled to publish his evaluation of the Document?  Brumley answered that it is a very important topic.  He has great sympathy for the concept of a world government, but the Document does not address most of the myriad issues that need to be resolved in order to bring about a just world economic order.  He sees that the necessary conditions are tremendously difficult to achieve; and likely will take generations, maybe centuries to come to fruition.

Mark posed the problem in a vivid hypothetical situation.  “Suppose, Ted, that you could wave a magic wand, and tomorrow you would wake up to find the whole world was a representative democracy – no better and no worse than the USA today.”  What could I say?  Mark continued, “There are billions of people living now, with no experience of representative democracy.  Consider China. Consider the Islamic world, with different values; and even they do not have a unified view.  Your magic wand would have to heal all kinds of animosities.  Furthermore, there are leaders who are not really interested in rights and justice: they want domination and will use force to accomplish it.”  In a milder vein he cited India as a sort of paradigm of democracy.  He did not need to tell you or me about the warring economic ideologies here in the United States.

When Mark had finished, I understood what he meant in his Catholic World Report article when he wrote, ““the Pontifical Council for Justice and Peace might just as well call for the establishment of Star Trek’s United Federation of Planets. It would have just as much likelihood of providing solutions to our problems in your lifetime, your children’s lifetimes, or their children’s lifetimes.”