Trending Now
You are at:Home»Featured»A Coward No More: Friendship and Politics
By Barb Lishko on September 13, 2012 Featured, Government & Politics, Women 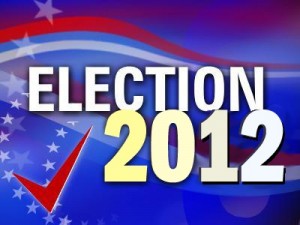 I have a very dear friend I have known since high school. We were both baptized Catholic as babies, raised in Catholic homes, and received all of our sacraments. I was in her Catholic wedding and she was in mine. We are Godparents of each other’s children.

Where we stray is in our political convictions.  It is a topic that I have avoided discussing with her for decades.

Call me a coward, gutless, ignorant. I was all of those. Was I simply unwilling to risk breaking up our friendship and perhaps driving a wedge into the very heart of it? Yes. Did I consider myself too ignorant of political matters to even broach the topic? Yes.

One of her lifelong dreams was to one day be involved in politics. This year her dream was realized. She worked her tail off, sought funding, and walked the hot summer streets going door to door, getting the necessary signatures and votes. She was hoping for my support; but to back her party’s platform for me would go against everything that I hold non-negotiable as a Catholic. Apparently I was naive to think she held these same beliefs.

It was her running for office that finally made me realize the lost opportunities I could have had so many years ago. However, in the big scheme of things, it is never too late to do the right thing, to say what is on one’s mind, to educate and spread the Good News. So I prayed and I sent her a letter outlining each and every reason why I would not and could not ever vote for what she stood for.

What I received back emanated from a true politician; a redirect, a deflection, and deft counter of carefully worded questions designed to take the offensive. They also had little to do with what I had shared.  I guess it was rather green of me to hope that two long-time friends could have a genuine honest dialogue.

I rather loathe the election years. It is for me exhausting and terribly divisive. People who I normally have great respect for seem to turn into something out of Jekyll and Hyde.  Tempers flare almost immediately, lines are drawn; words fly like arrows aimed to silence an opponent.

The other issue I find most confounding is how intelligent people who appear to know right from wrong, good from bad, ignore that and stick with party lines to the detriment of the family, society, our nation and deeply held American beliefs. How can you say you care for the poor, and at the same time have disdain for the unborn? Pay little or no attention to Catholic teachings on homosexuality, life and freedom of religion?

If we are Catholics, doesn’t that suggest that we hold the same values and beliefs? Are we Catholic first or are we foremost Democrat or Republican and lock our Catholic beliefs out of the public square?

Remaining charitable in the face of those who seem to have a deliberate indifference to Catholic teaching, perverting and twisting it to fit political leanings is a real cross to bear, and I pray another opportunity to grow in holiness.

So to all the other men and women out there who have held their tongue out of fear, rather than risk a friendship or persecution at school or work; I urge you to speak out. Do not delay in sharing the truth that we hold in the Catholic Church, to know it and live it yourself as a tangible, charitable witness.  When we do not speak, evil advances, and more minds and hearts are lead astray in the cryptic, illusory, murmurings of the serpent that always leads to destruction.

Finally, pray with all your strength. It is the mightiest weapon we have in our armory. In the months leading up to one of the most important elections of our history, use all the weapons at our disposal; fasting, novenas, rosaries, acts of mortification. Pray that God will clear the fog that clouds judgments and obscures vision. Join Catholics all over the nation in praying the Novena to the Mother of God for the Nation from September 27th to October 7th. Spread the word of this Novena and entrust our country to the powerful intercession of Our Lady of Guadalupe, Patroness of the Americas. May she come to our assistance in this time, to convert hearts, change minds and intercede for us at the throne of her Son.