Trending Now
You are at:Home»Featured»A Divided Nation: Is America “Coming Apart?”
By Dr. Jason R. Edwards on July 12, 2012 Featured, On Books, The Economy, The Social Order 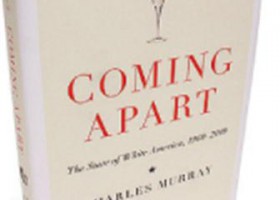 Best-selling author and controversial social scientist Charles Murray is back in the news. This time it’s because of his new book, Coming Apart: The State of White America, 1960-2010.

In Coming Apart, Murray deftly wields both statistical data and anecdotal evidence to document the wholesale abandonment of the ideals that for two centuries defined the American project. In Murray’s estimation, barring a dramatic and unlikely reversal, “all is lost.” While Murray does not claim that the United States is in imminent danger of losing its military or economic dominance, Murray does assert America has almost completely lost her identity (and secrets for true success) by abandoning her vigorous founding virtues for the soft, relativistic ones of Europe.

The primary goal of Murray’s book is to describe a newly emergent, great divide between a geographically concentrated American ruling class—of enormous wealth, prestige, intellect and power—and a growing underclass that is increasingly disinterested in behavior healthy for a nation, community, family, or individual. Murray maintains, “the divergence into these separate classes, if it continues, will end what has made America America.”

The bulk of Murray’s book is divided into two parts, each describing one of these two emergent classes. Part I explains the new American upper class “that is qualitatively different from any that the country has ever known” due to its complete isolation from American mainstream culture. Murray shows how “the people who have so much influence on the course of the nation have little direct experience with the lives of ordinary Americans, and make their judgments about what’s good for other people based on their own highly atypical lives.”

Obviously, Murray pulls no punches in his analysis and is quite aware of the vitriol he will be subject to for even printing his collected data, much less drawing logical conclusions from it. Self-righteous dismissals of Murray for intolerance and supposedly attacking the poor will reflexively flood in, but Murray merely desires to produce healthy communities and satisfying lives. He thereby refuses to join with “overeducated elitist snobs” and this new morally flaccid select who know “the secret to maximizing the chances of a leading a happy life, but … refuses to let anyone else in on the secret.” 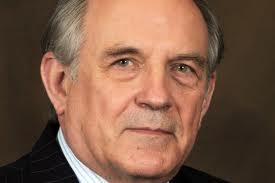 Murray perhaps gleefully pricks the politically correct reader’s ear with his subtitle, but he correctly focuses on the “State of White America” because his “primary goal is to induce recognition of the ways in which America is coming apart at the seams—not seams of race or ethnicity, but of class.” And though Murray will conclude that his account is ultimately America’s story, by focusing on whites, he shows the problems cannot be solved by old shibboleths of “attacking the legacy of racism or by restricting immigration.”

Murray concludes his book by explaining why these harsh facts need to be known and offers some suggestions as to what might be done. Here, Murray argues that the route to human happiness is not as malleable as post-moderns wish. True satisfaction in life requires diligent effort and personal responsibility in legitimately important tasks. He writes, “If we ask what are the domains through which human beings achieve deep satisfactions in life—achieve happiness—the answer is that there are just four: family, vocation, community and faith.” Tragically, as Murray’s statistics prove, America’s new elites have rhetorically abandoned all four and America’s new lower class has listened.

Furthermore, according to Murray, while Europeans’ life goal is to enlist government support “to while away the time between birth and death as pleasantly as possible,” Americans of all economic classes used to know better. Murray calls for reinvigoration of the American way which holds “that your life can have transcendent meaning if it is spent doing important things—raising a family, supporting yourself, being a good friend and a good neighbor, learning what you can do well and then doing it as well as you possibly can.”

Murray’s book is a depressing one, as essentially all his statistics on America’s social and political trends point to a worsening of conditions. However, Murray finds some reasons to hope as he calls for a fourth Great Awakening (in a civil sense) to reverse the tide. “Coming Apart” marks the culmination of Murray’s over 40 years of thinking and publishing on the topic of human happiness and public policy. His sobering valedictory words deserve to be heard and heeded. [Available in hardcover or in a Kindle edition.]