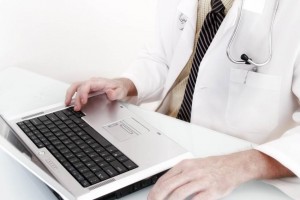 When the Congressman Todd Akin story first surfaced, I regret to admit that I jumped on the growing bandwagon criticizing his statement from both the feminist and scientific perspectives. I said that he was wrong to say that pregnancy from rape is rare, or that it does not really happen.

As the controversy exploded, I began to realize that I was probably wrong on this.

He didn’t exactly mean that pregnancy from rape is rare, or that is does not really happen.

What he did attempt to say was that pregnancy resulting from rape was not the pressing issue that abortion promoters tendentiously pretend it is (so that they can press their case for the deceptive “rape and incest” exemption). He meant to say that these pregnancies are comparatively rare, and this due to the fact that there actually were physiological factors that diminish the chance of pregnancy during rape, so that pregnancy is less likely in these cases than with consensual acts.

He didn’t mean that it never happens.

And even though he used the unfortunate phrase “legitimate rape,”  he seemed by this to mean “actual rape,” “forcible rape”; i.e., truly non-consensual acts — a distinction of physiological and scientific significance —  rather than denying that rape is something atrocious and heinous in itself, which of course it is. He was characterizing as “legitimate” not rape itself, but rather an act’s classification as rape. This seems, well, legitimate, and should not have been shamelessly exploited to mean something otherwise.

Not only did Akin attempt to sensitively answer the delicate question about allowing abortion in cases of rape or incest, and not only did he thoroughly answer the question, but above all he probably had the science right.

As Tara Brelinsky correctly points out this week on a Catholic Online article, it is well known among professional fertility awareness educators that stress will interfere with ovulation, making pregnancy difficult if not impossible.

The science of this is established both in human and mammalian non-human reproductive biology. Cortisol is released at times of acute stress, as for example violent acts, and is acutely inhibitory of ovulation at the level of the pituitary gland so that luteinizing hormone — the ovulation hormone — is suppressed. (Reprod Biomed Online. 2012 Aug;25(2):180-9. Epub 2012 Apr 3, and Gynecol Endocrinol. 2012 Mar;28 Suppl 1:9-13.)

And then there is the growing body of scientific evidence among specialists in so-called “assisted reproductive techniques,” to the effect that stress can uniquely handicap the achievement and maintenance of pregnancy during IVF cycles.  (Fertil Steril. 2011 Aug;96(2):404-8. Epub 2011 Jun 30; Arch Womens Ment Health. 2012 Jul 6.

It is more than clear that an acute act of violence would easily seem to be just the kind of stressor uniquely capable of interfering with ovulation or even implantation, in the event conception occurred.

Anthropologically and teleologically speaking and apart from empirical data, a mechanism selecting against pregnancies from rape would also be of unique value to species, woman, and child, as a survival advantage is conferred on pregnancies free of this type of violence.

Perhaps most importantly, although the 1996 paper often cited by proponents of the abortion for rape and incest “exemption” did report a 5% incidence of pregnancy from acts of rape (Am J Obstet Gynecol. 1996 Aug;175(2):320-4; discussion 324-5.), this is very likely a gross overestimate, as the authors themselves imply that they might well have significantly underestimated the number of individual rapes because of the common problem of rape under-reporting, thereby overestimating the pregnancy rates.

A staggeringly high percentage of the reported pregnancies from rape and incest occur in adolescent women, where predation and victimization are often chronic and repetitive, and the perpetrators are often familiar to the victim (involving dysfunctional and violence-prone broken homes), so that for every reported pregnancy there often already has been a repetitive pattern of predatory acts.

I also didn’t properly give Akin credit for exposing the major flaw behind the deceptive “abortion in cases of rape or incest” challenge, while making the pro-abortionists apoplectic.

Here again he is correct.

To punish the unborn child through abortion, he said, is to create a second victim.

How does adding a second act of violence do any good?

Akin is right. Rape, which is always and everywhere an atrocious, brutal and most heinous crime, is so precisely because it is a violent act perpetrated against an innocent victim.

But this also, it turns out, is a really good definition of abortion.

If we can’t bring ourselves to condemn all acts of violence against innocents — I mean all, everywhere, without exception — then we are saying that some victims just don’t count, and that we care more about our own political agendas than about real victimization.

Ironically then, it is only the true pro-lifer who is the coherent, consistent, and credible opponent of rape.

This article originally appeared at Catholic Online and is reprinted with the permission of the author.