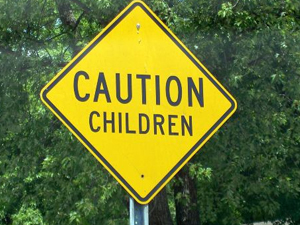 The policy proposal known as “same-sex marriage” is actually a proposal to redefine marriage. Instead of being a gender-based institution oriented toward the procreation of children and the good of the spouses, what is called “same-sex marriage” makes marriage into a genderless institution, oriented toward the good of adults only. Any possible negative consequences for children, according to this way of thinking, are not worth considering. We, and the children themselves, must simply accept any negative outcomes as collateral damage on the road to the nirvana of “marriage equality.”

A little girl known only to the public as M.C. is a public victim of the redefinition of marriage in California. If lukewarm Christians are tempted to sit out the marriage battle because they find it too contentious and emotional, they might give a moment’s thought to the situation of M.C.

Little M.C. was born in March 2009, to a woman named Melissa. Melissa had contracted a marriage with a woman named Irene in October 2008, during the window of time that same-sex marriage was permitted in California. Melissa had become pregnant with M.C. by a man named Jesus in the summer of 2008, prior to the state-sanctioned “marriage” ceremony.

Melissa and M.C. lived with Irene for 3 or 4 weeks after M.C.’s birth. When Melissa moved out, Irene attempted to obtain joint legal and physical custody of M.C. Melissa got in touch with Jesus, the child’s father, who had since moved to Oklahoma. He sent her money, and stayed in contact with her.

Melissa was not happy with Irene’s continuing attempts to be involved with her and M.C. In September 2009, Melissa’s new boyfriend, José, attacked Irene, stabbing her so severely that she had to be hospitalized. Melissa was imprisoned, charged with accessory to attempted murder.

M.C. was taken into foster care. At that point, the urgent question arose: Who are her parents? Who can and should care for M.C. while her mother, Melissa, serves her prison sentence?

The courts found that M.C., for all intents and purposes, had three parents, recognized under different parts of the law. Melissa counted as a mother because she gave birth to the child. Irene was married to Melissa when Melissa gave birth to M.C. The courts applied a concept called the presumption of paternity. Under that concept, a woman’s husband is presumed to be the father of any children she gives birth to during the life of their union. Thanks to the redefinition of marriage to be a genderless institution, the family courts felt obligated to do a gender-neutral reading of this statute, transforming the “presumption of paternity” into a gender-neutral “presumption of parentage.”

Therefore, Irene counted as a presumed mother, or maybe I should say a “presumed generic parent.” However, she was not in any position to take care of M.C. in the short term, due to her injuries from being stabbed. She also had a history of domestic violence.

What about Jesus? No court ever denied that Jesus was a father. Nor did any court find him an unfit father in any way. So with Melissa in prison and Irene in the hospital, why couldn’t the court simply give M.C. to Jesus, her biological father?

The courts declined to place M.C. with Jesus because this would jeopardize what they saw as the child’s interest in reunification with Irene. Bear in mind that Irene was not the biological mother. She was not an adoptive mother. She had lived with Melissa and M.C. for about three or four weeks after the child was born. Irene, in short, was not a mother to M.C. in any meaningful sense.

Irene was a “presumed” mother for one reason and one reason only: same-sex marriage. That marriage is what prompted the court to call Irene a “presumed mother,” under a gender-neutral reading of the Uniform Parentage Act.

But no matter: The court was attempting to do its job, impossible though that may have been in the circumstances. Irene was found to be a “presumed mother.” And since California law does not actually permit a child to have three parents, the courts couldn’t quite bring themselves to place the child with Jesus. All he had going for him was the fact that he was the biological father, not the father created by the legal institution of marriage.

So, naturally, the next step in the long march toward creating a gender-neutral society is to declare that children in California can have three parents. State Senator Mark Leno and head of the LGBT caucus in Sacramento introduced a bill allowing family courts to recognize three parents, if, in their opinion, this would be in the best interests of the child. Thankfully, though it passed both houses, Governor Brown vetoed it.

In other words, the way to have kept M.C. out of foster care was to abandon the idea of “marriage equality.” In fact, the voters of California did exactly that, when they passed Proposition 8, affirming that the term “marriage” can only be used to refer to the union of a man and a woman. It is “marriage equality” that created the tragic circumstances of this case.

Marriage is a complex social institution. Not everyone agrees that the essential public purpose of marriage is to attach mothers and fathers to each other and to their children. But I do not see how anyone can deny that attaching children to their mothers and fathers is one of the significant social purposes of marriage. And I do not see how any reasonable person can deny that same-sex couples and opposite-sex couples are different with regard to this purpose. It is simply not possible to treat same-sex couples and opposite-sex couples identically in all the areas of law that marriage touches.

M.C.’s situation had an obvious and much less radical solution than a triple-parenting bill: Give the child to her father. She had been in foster care from September 2009 until at least May 2011, when the last appeal was heard. All that time in foster care was totally unnecessary. She was collateral damage from the ill-conceived idea of genderless marriage. Her fate since then is not part of the public record.

This new view of the family gives judges way too much power, and children far too little consideration. This is the world we are leaving to our children and grandchildren. Christians inside and outside of California have a responsibility to make their voices heard.