Trending Now
You are at:Home»Featured»A Miracle or Coincidence?
By Dr. Mark W. Hendrickson on December 19, 2013 Featured 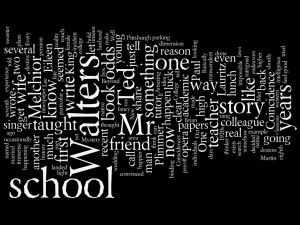 Every now and then, something unforeseen and special happens—something that logic or reason would tell you is either impossible or that the odds against it happening are overwhelming. And yet those things occasionally happen and fill us with wonderment.

How should we characterize or classify such events? Are they miracles? Flukes? Coincidences? Or do they hint at some sort of transcendent or metaphysical power—perhaps another dimension of reality that exists just beyond the range of the human mind—something like karma, fate, destiny, or divinity?

Before I tell you about my recent experience, let me share an incident that typifies the improbable long-shots that somehow happen even when there is no apparent reason why they should. Some years ago, I read the book, Beyond Coincidence: Amazing Stories of Coincidence and the Mystery Behind Them, by Martin Plimmer and Brian King.

Over the course of about 260 pages, the authors relate dozens of actual incidents that seemed to mock the laws of probability. One story in particular caught my fancy. In the 1920s, a young opera singer named Lauritz Melchior (whom I later learned became the pre-eminent Wagnerian tenor opera singer of the 20th century) was practicing in the garden at his pension in Munich. Plimmer and King write, “As he sang the words, ‘Come to me, my love, on the wings of light,’ a female parachutist landed at his feet. It was the Bavarian actress Maria Hacker, who was performing a stunt for a movie thriller. They were married in 1925. ‘I thought she came to me from heaven,’ said Melchior.”

Knowing my wife to be a romantic, of all the vignettes compiled in that book, this was the one I decided to share with her. The “coincidences” weren’t over, because Eileen said, “I met Lauritz Melchior shortly before his passing when Lou [Eileen’s first husband, who died tragically young] auditioned for him at the New York Met.” Think about it: What are the odds that my wife would know any of the individuals whose stories were included in the book I was reading, much less the protagonist in the only account I shared with her?

Okay, now on to recent history and a real feel-good story. This August, while going through a box of memorabilia, I found an article in my high school newspaper about the man who had been my English teacher in the seventh and eighth grades, Mr. Ted Walters. He was leaving our school to return to his native Pittsburgh. This really intrigued me, because the embryonic idea had been developing within me for a few years that I should track down this teacher to thank him for all that he had done for me, and since I now live in western Pennsylvania, too, this seemed like a real possibility.

As a teacher, Mr. Walters worked my tail off. I had to write one paper every week for two school years. Those papers made my Sunday nights in the dormitory miserable, but the payoff was immense. In two years of academic boot camp, he whipped my writing into shape and taught me to write like an adult. Becoming a clear writer helps one become a clear thinker. Quite literally, Mr. Walters equipped me to succeed in all subsequent academic and intellectual endeavors. One example: I earned the first “first” (that’s the top grade) ever awarded by my tutor in literature at Oxford, but it was Mr. Walters’ achievement as much as mine. Basically, the papers that I wrote for my tutor were based on lessons that Mr. Walters had taught me way back in junior high school at Cranbrook.

Well, you know where this is going, so let’s get to it: After learning that he had ties to my geographic area, I tried to find him through Google searches and on the website of the college where he taught, but no luck. Then the school year started and I put my search on hold. On Monday, Oct. 14, I sent an email to my friend and colleague, Paul Kengor, to ask him if his van had broken down, because it had been in the same spot in the school parking lot for several days. Paul wrote back that he and his wife had parked it there while they were out of town at a wedding. Then he added, “By the way, Lee [Wishing, another friend and colleague] and I had lunch with a Grove City College grandfather who told us about teaching Mitt Romney and Mike Kinsley at your school. His name is Ted Walters. Do you know him?”

WOW! I’m looking for one person in the world, not sure how to get in touch with him, and a friend writes and says out of the blue, Oh, by the way, I just had lunch with this man. What are the odds of that? And to make the story even sweeter, it turns out that Ted’s granddaughter was a student in a couple of my courses, so I went full circle with the Walters family. And, yes, the story gets happier. Ted and I have exchanged several emails, and we’re making plans for a reunion soon.

What unseen force accomplished this joyful miracle for me? I don’t think it was luck or coincidence. I’ll call it God, you call it what you want, but I’m convinced there is a higher intelligence binding us together for good in ways that we haven’t begun to comprehend. The Force is there. May it be with you and bless you.