Trending Now
You are at:Home»Featured»A Personal Relationship with the Living God
By Fr. Kyle Schnippel on June 3, 2011 Featured, Live in Christ 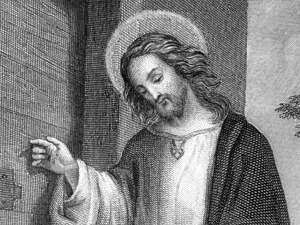 When I was teaching high school, my final exam question was simple: ‘In your own words, with support from Scripture, Tradition, and material gleaned from class, answer the following: Who is Jesus Christ?’  The answers were always enlightening, and while some were certainly profound and showed a remarkable insight, many answers betrayed the current world-view in which we live: no longer is there belief in Jesus Christ as a personal being, He has morphed into some type of cosmic force, something who is ‘out there’ and helps me be a good person, but loves me no matter what I do, so it does not really matter.

I bring this forward not to cast aspersions on my students, but rather to point that this type of spiritual malaise and misinformation is the driving force behind and the interpretive key to Pope Benedict XVI’s papacy.  His goal is to re-introduce orthodox Christianity to what has become a Post-Christian society.

This plays out in the many arenas that Pope Benedict uses to convey his message: from his so far three encyclicals, two exhortations, to speeches during his trips around the world.  However, the area to see this most clearly is in his weekly Wednesday general audiences given at St. Peter’s Square in Rome, as they provide a microcosm of his entire papacy.

As he ascended to the Throne of Peter, the Holy Father continued a reflection on the Psalms which was begun by his now Blessed predecessor.  However, as he concluded those reflections, he began a new tract to highlight those great men and women throughout history who have been ‘friends’ of Jesus.  Beginning with the Apostles and the Early Church Fathers, working through great Medieval bishops and writers, and concluding with female mystics and later Doctors of the Church; Pope Benedict proposed these figures as those who can continue to lead us closer to Christ; and not a ‘cosmic’ being, but in a dynamic relationship with the Living and True God.

On Wednesday, May 4, 2011, the Holy Father brought this to a deeper level as he began a new series of talks during his weekly General Audience, now focused on prayer, Synthesizing all that he has spoken before, he wants to unite these various threads of the call to holiness and sanctity into a ‘school of prayer,’ as it were, to respond to the Apostles’ request of Jesus to ‘teach us how to pray. (Luke 11:1)’

The ‘Marshall Plan’ that Pope Benedict is outlining here is a way to reintroduce Christ to the modern world, through the life and practice of the individual believer.  He has held up the example of what we should all strive to be, now he will be giving us the steps of how to achieve that goal.

As we do so, we continue to grow in love for Our Lord, and then, by necessity, also in love for our brothers and sisters in Christ.  What would this world be like if we each strove, just a bit more each day, to be a living example of sanctity and holiness?  Truly, the world would be transformed.