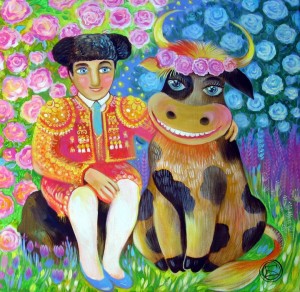 Through the secular — ”progressive” looking-glass, the term “sexual orientation” has, in a few short years, evolved to accommodate an ever-expanding fruit basket of carnal appetites.

First it was “LGB” — liberal shorthand for “lesbian, gay and bisexual.” Then they added a “T” for “transgender.” That’s cross-dressing. You know, fellas like 45-year-old Clay Francis (aka, “Colleen”).

Because it’s illegal to “discriminate based on the basis of gender identity,” and since it’s the only “tolerant” thing to do, this brave bellwether of the persecuted LGBT victim-class has secured the “civil right” for him and other men to fully expose themselves to your daughter in the locker room at Olympia, Washington’s Evergreen State College.

But slow down, Dad. According to the law, if you have a problem with Mr. Francis baring all to your baby girl, then you’re the problem. You’re a “transphobe” (“homophobia’s” evil twin sister, er, brother … whatever). Deck this sicko for terrifying your first-grader and you’re off to jail while “Colleen” is off to the “Human Rights Campaign” for a commendation as the latest victim of an “anti-LGBT hate crime.”

Rosa Parks in drag, I guess.

But to make sure they didn’t miss anyone, pooh-bahs over at Child Corruption Central added a “Q” to the “sexual orientation” mix. In case some fifth-grader in Ms. Adamsapple’s health class gets the urge to “taste the rainbow” (and I don’t mean Skittles), the catch-all term “questioning” was tacked on.

According to the “gay” activist group GLSEN, sexuality is “fluid” and “may change over time.” Unless, of course, you’re already “gay,” and then change is impossible, fixed and immutable. Like that hotel in California, “You can check out any time you like, but you can never leave.”

Still, because “progressives” aren’t progressive unless they’re progressing toward progress, this nonsensical alphabet soup of sexual deviancy has ballooned to a marvelous “LGBTQQIAAP.”

In Canada, they’ve added “2S” which means: “Two-spirit. The visionaries and healers of aboriginal (sic) communities, the gay and lesbian shamans.”

Speaking of rolls in the hay, don’t put away your alphabet soup decoder ring just yet. It looks like we’ll soon be adding another “B” to the mix.

The late “gay” activist icon Frank Kameny – a pervert before his time – endorsed the practice of bestiality a few years ago. He called sex with animals “harmless,” saying that “as long as the animal doesn’t mind – and the animal rarely does – I don’t mind, and I don’t see why anyone else should.”

In today’s frenzied struggle for unfettered sexual license cleverly couched as “civil rights,” we shouldn’t be surprised, then, that oppressed peoples representing all form of “sexual orientation” are lining up for their slice of “equality” pie.

Yes, even, um, animal lovers. According to a recent report by Florida’s Gainesville Sun, for instance, “Lawyers representing a Marion County man accused of sexual activity with a miniature donkey have filed a motion asking a judge to declare the Florida statute banning sexual activities with animals unconstitutional.”

“Carlos R. Romero, 32 … is accused of sexual activities involving animals, a first-degree misdemeanor, after he allegedly was found in a compromising position in August with a female miniature donkey named Doodle.”

First of all, I was offended by the article’s insensitive use of the term “miniature donkey.” I believe, if I’m not mistaken, the preferred nomenclature is “little horse.”

Still, I was especially struck – though not surprised – by the legal arguments Romero’s lawyers ponied up. They claimed “that the statute infringes upon Romero’s due process rights and violates the equal protection clause of the 14th Amendment in the U.S. Constitution.”

“By making sexual conduct with an animal a crime, the statute demeans individuals like Defendant (Romero) by making his private sexual conduct a crime,” they wrote.

“The personal morals of the majority, whether based on religion or traditions, cannot be used as a reason to deprive a person of their personal liberties,” the attorneys wrote.

This line of argument is directly from the homosexual activist playbook – the rationale adopted by the majority in the landmark Lawrence v. Texas case. In Lawrence, the U.S. Supreme Court manufactured, for the first time in history, a constitutional “right” for men to sodomize each other.

So why not Doodle?

Predictably, polygamists and incestuous siblings are now clamoring for so-called “marriage equality” based on Lawrence. At this rate, there’s little doubt they’ll get it.

Once our culture decides, as a matter of course, that all morality is relative, all bets are off. Once we determine, as a matter of law, that people are entitled to special privilege because they subjectively define their identity based upon deviant sexual proclivities and behaviors, moral, legal and cultural anarchy are inevitable.

The brave new world is upon us.