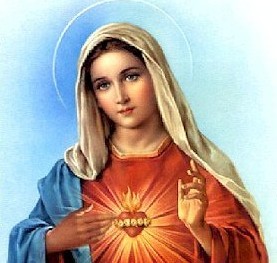 Have you heard about how everything will be okay in this world once the Pope consecrates Russia to Mary’s Immaculate Heart, as stated by Our Lady of Fatima?  Have you heard the latest revelation from Medjugorje?    Maybe you wonder what the person calling themselves Maria Divine Mercy is saying.  One thing is for sure:  We Catholics love our private revelations.  Approved or unapproved, a sure way to generate traffic on your blog is to start promoting this or that private revelation.

I don’t really want to focus too much on which revelation is deemed worthy of belief.  (Though for a safe start, only have a devotion to those which the local ordinary has explicitly approved.)  I also do not wish to discount the good that has occurred from private revelation deemed worthy of belief.  Some of the messages (particularly Fatima’s insistence on penance and Eucharistic Adoration) are incredibly important for our time.  Instead I’m more concerned by what our present obsession with private revelation says about our faith, our Church, and the world at large.

As always, we should begin our discussion by laying out the bare essentials that the Catholic Church teaches about private revelation.  The Catechism states the following (CCC 67):

Throughout the ages, there have been so-called “private” revelations, some of which have been recognized by the authority of the Church. They do not belong, however, to the deposit of faith. It is not their role to improve or complete Christ’s definitive Revelation, but to help live more fully by it in a certain period of history. Guided by the Magisterium of the Church, the sensus fidelium knows how to discern and welcome in these revelations whatever constitutes an authentic call of Christ or his saints to the Church.

One thing we must always remember is that private revelation is not binding upon anyone.  While you may have a particular devotion to Fatima, one is free to ignore Fatima, and neither person is inherently more or less Catholic because of that decision.  What matters is how faithful we are to the deposit of faith.  If Fatima encourages you to go to Eucharistic adoration on a daily basis, then blessed are you.  If another revelation causes you to take up this or that holy practice, that is a good thing.    While doing this we need to always remember what is important is the virtue being cultivated, not the source of the message that encouraged said virtue.

If human experience has shown anything, it is that we are terrible at living within these boundaries.  We look to turn these things into ideologies.  When we follow certain devotions, we are the True Catholic ™ and everyone else is impure.  Taken to their extreme, new sects have formed once they left the communion of the Church over said private revelation, which is certainly contrary to Our Lord’s prayer “that they may all be one” (John 17:21) and his promise that the gates of hell will not prevail against the Church.  (Matthew 16:18)

Because of this tendency, the spiritual masters of Catholic Tradition have always been wary of private revelation.  Nobody was stronger in their warnings than the greatest of the West’s spiritual masters:  St. John of the Cross. While accepting such revelation can occur, in The Ascent of Mount Carmel (Chapter XI), he gives the following advice:

When we examine the Holy Scriptures, we find ample evidence for the caution the Mystical Doctor advises.  At first, God gave his revelation through direct contact and the Ten Commandments.  When the Israelites demanded more proof that God was who He said He was, it quickly became apparent that signs and wonders were never enough, they continued to rebel.  Since they rejected the clear message of revelation, God sent the prophets to comfort His people (Baruch 4:5, IS 61:1) and to call them to repentance.  When that failed, He gave signs and wonders.  Finally, God gave the Israelites the “sign” of various foreign nations conquering them.

This was the context Christ lived in, and people constantly asked for a sign to prove He was the Messiah.  Christ’s response was telling.  “A wicked and adulterous generation seeks a sign.”  (Matthew 12:43)  Elsewhere Christ tells of the parable of Lazarus and the rich man, where Abraham rebukes the rich man’s request for a sign be shown to his family by stating “they have Moses and the Prophets, let them hear them.”  (Luke 16:29)

Christ’s point was simple.  He has already given us everything we need for salvation.  Why do we desire more?  This world desires more because it is looking for an excuse to not follow God.  We demand more because we are looking for an excuse to not follow God on His terms.  Isn’t that the general point of many of these apparitions?  Do Penance, be faithful to the Gospel, believe in the teachings of the Church.  If we had been doing these things, God wouldn’t be trying to get our attention with these revelations.

If we ever want to get out of the crisis the Church is currently in, we will not find it in a new private apparition or revelation.  We will only find it in following the Gospel.