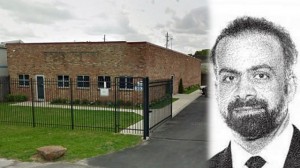 Abortionist Douglas Karpen, who operates two abortion facilities in Houston, Texas, is currently under criminal investigation. His practice of twisting “babies’ heads off” their bodies in order to ensure that a late-term abortion results in death for the baby was discussed in exclusive live interviews with three of his former employees. And the fireworks began.

Rep. King informed Life Dynamics that his office then mailed that DVD to Lt. Richard Kleczynski with the Homicide Division of the Houston Police Department. He also sent a letter to Ms. Mari Robinson, executive director of the Texas Medical Board, and David L. Lakey MD., commissioner of the Texas Department of State Health Services, requesting a full investigation. These letters were co-signed by 20 Texas lawmakers.

Mark Crutcher, founder of Life Dynamics, who released this stunning news said, “If the abortion lobby thinks this issue is going away, they are literally whistling past the graveyard.”

But this case became much more than just another exposé on a late-term abortionist when several leaders of the African American pro-life community spoke out at a press conference, asking chilling questions about what the difference might be between Karpen, who is a white abortion practitioner, and two other infamous abortionists who are African American. Day Gardner, president of the National Black Pro-Life Union, referred to the videotaped interviews saying:

I don’t want to believe race was a factor with regard to Gosnell and Pendergraft . . . but was it? Dare I toss in the race card?

Joining Gardner were Pastor Johnny Hunter of L.E.A.R.N. and Pastor Steven Broden. Gardner continued, “We understand that Karpen is currently under investigation, yet his abortion clinics inexplicably remain open. We are calling for a ‘cease fire’ on unborn babies and the emergency closure of Karpen’s two Houston abortion clinics while the investigations are ongoing in order to prevent further loss of life.”

Their suggestions regarding the possibility of racism being a factor in this case are much more than rhetorical. The facts that support it are all too clear to many of us who fight against this brutality each and every day.

Abortion takes the lives of minority children at over three times the rate of non-Hispanic, white children. Abortion centers, along with facilities operated by anti-life organizations like Planned Parenthood, are more likely to be found in minority neighborhoods than anywhere else. This is racism at its worst.

The questions regarding racism are real and they must be asked over and over again. We stand in this struggle as one people, regardless of color. We stand united in our defense of the most helpless of our brothers and sisters—born and preborn.

Clearly it is not we who should be marginalized for asking such questions, as uncomfortable as they may make the cultural elite. Rather, it is they who must be held accountable for discrimination that goes beyond the pale—discrimination that defines an entire class of human beings as less than equal to the rest of us.

That is the reality of abortion.