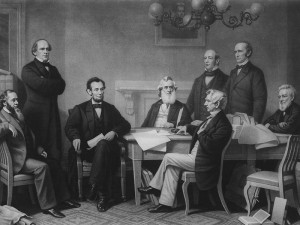 Stephen Spielberg’s masterful movie on Lincoln and the 150th anniversary of the Emancipation Proclamation have recently brought even greater attention than usual to Abraham Lincoln. Holidays like Presidents Day remind us of Lincoln’s position on slavery and his role in its eradication in the United States.

For 25 years before the Civil War began, Lincoln consistently opposed the extension of slavery, strove to prevent a confrontation between the North and the South, and worked to gradually abolish slavery where it existed.

Although Lincoln was neither an abolitionist nor a leader in the antislavery crusade, he insisted for three decades that slavery was a moral evil. He risked his political future by denouncing slavery as a member of the Illinois legislature in the 1830s and 1840s, when the state passed laws to prevent free blacks from settling there.

Lincoln strongly opposed the Kansas-Nebraska Act of 1854 because it implied that enslaving fellow human beings was right, contravened the principle of liberty, and contradicted the views of the nation’s founders. Moreover, he warned, permitting the extension of slavery would make compromise between the North and South more difficult and a civil war more likely. In 1858 he called the battle against slavery a crucial part of “the eternal struggle between … right and wrong … throughout the world.”

Lincoln’s approach differed from that of most abolitionists in two major ways. First, his opposition to slavery did not primarily rest on biblical teaching. In 1860 Lincoln declared that both revelation and “natural theology” proved that slavery was “morally wrong and a direct violation” of the “principle of equality.” When a nation “dared the Almighty” by enslaving any group, he warned, its citizens “had cause to dread His wrath.”

In condemning slavery, Lincoln often referred to God’s justice, the Golden Rule, and the curse requiring Adam to provide for himself by his own labor, not someone else’s. Because God commanded all human beings to labor, “the effort of some to shift their share of the burthen to the shoulders of others” was despicable. However, in repudiating slavery, Lincoln appealed principally to the Declaration of Independence and people’s “natural sense of justice.” America’s practice of slavery blatantly contradicted the Declaration’s emphasis on human equality.

Second, while opposing the expansion of slavery on moral grounds, Lincoln, unlike most abolitionists, refused to excoriate slaveholders and pointed out the moral flaws of both owners and their critics. While Lincoln criticized Southern slave owners for violating the Golden Rule, he insisted that Northerners shared in the sin of slavery because their region profited financially from it. Lincoln argued in his second inaugural address that the Civil War was clearly “a divine punishment for the sin of slavery” in which both Northerners and Southerners had participated.

Lincoln lamented that “the friends of the Union” had diverse views of slavery: some wanted to perpetuate it; others wanted to abolish it immediately without reimbursing owners; still others wanted to abolish slavery gradually with compensation; some wanted to colonize free blacks in another country, while others preferred they remain in the United States. Abolishing slavery instantly without compensating owners and giving blacks equality, he warned, would produce even more violence and might permanently split the nation.

As president, Lincoln feared, with good justification, that efforts to eliminate slavery would push the border states into the Confederacy and prompt northern Democrats to oppose the war. For Lincoln, preserving the Union was a higher goal than ending slavery because he believed the United States, despite its practice of slavery, was the chief vehicle for advancing liberty around the world. Lincoln proposed a plan for the gradual, compensated emancipation of slaves residing in the District of Columbia, which Congress passed in April 1862. The president also offered financial aid to any border states that devised a plan to free its slaves.

In issuing the Emancipation Proclamation on January 1, 1863, which freed the slaves only in states in rebellion against the Union, Lincoln declared that “upon this … act of justice … I invoke the considerate judgment of mankind and the gracious favor of Almighty God.”

Some scholars fault Lincoln for not transcending his racist culture and more forcefully condemning slavery and working to abolish it more quickly. Spielberg’s movie poignantly depicts the pressures Lincoln faced in trying to pass the 13th Amendment in 1865 to free all slaves. Given the obstacles he faced, Lincoln’s efforts to abolish slavery were commendable. As we continue to deal with the legacy of this horrific practice and try to end the tragedy of human trafficking today, we would do well to remember Lincoln’s words and actions.

[Editor’s note: though almost universally called “Presidents Day”, the official name of today’s federal holiday in the USA is “Washington’s Birthday” (5 USC 6103: Holidays) and has been so since 1885.]