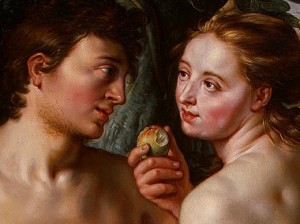 Occasionally, a book perfectly marries expert insight with the tone and interests of its audience. Mary Eberstadt’s Adam and Eve After the Pill: Paradoxes of the Sexual Revolution (Ignatius Press) is just such a serendipity. In a rejoinder to decades of sexual liberation barbs and sexually libertine behavior, Eberstadt’s thin but illuminating volume introduces female audiences to the well-researched pitfalls of the sexual revolution in a language they will find most engaging.

That is not to say this is merely a book for women – far from it. Adam and Eve After the Pill takes a kaleidoscopic view at each dark angle of a nation that has abandoned the nuclear family. In noting the harms of recreational sex outside marriage and sexual barrenness after, Eberstadt devotes at least a chapter to each group oppressed through liberation: women, men, young adults, and children. Each segment of society, which had been promised freedom from the constraints of forced fertility, has found itself cheated of a devoted husband, a contented wife, an intact family unit, or a young adulthood free from sexual exploitation. At each turn, Eberstadt supports her argument with the rigorous citation of social science research.

She notes that so many refuse to believe anyone could dissent from hedonism. Likening this to Communism’s true believers, she says today’s apologists for domestic decline share what Jeane Kirkpatrick called “The Will to Disbelieve.” Those who promote promiscuity, pornography, and the preludes to pedophilia as harmless find themselves switching places with the religious extremists they once derided, reciting articles of faith as the evidence mounts that their God has failed.

Her dual chapters on the effects pornography has had on men and women are perhaps the easiest to connect with emotionally. However, her decision to frame the chapter on women with an analysis of two essays on marriage by Sandra Tsing Loh and Caitlin Flanagan seemed at first unusual. Did this not unnecessarily date the book and lower its academic appeal?

The result of the spread of pornography is a nation bombarded with sexual imagery, of the most explicit and grotesque variety, yet increasingly “sexually barren” in terms of sex between married people. One telling anecdote occurs on page 51, about a joyless, intimacy-devoid marriage whose “tension over marital sex leads finally to an amicable solution: She has her chocolate, and he has his Internet pornography.” As a result, two Wharton School economists conducted a survey finding that female happiness has fallen throughout the industrialized world for the last 35 years – a period coterminous with their putative “liberation.” Eberstadt connects the dots between increasing male reliance on pornography, the market of women of all ages and descriptions readily available for no-strings-attached sex, the rise of the “man-child” mired in perpetual adolescence, and female dissatisfaction at the fraying family unit.

She outlines a dangerous picture on campus, where binge-drinking and emotion-free “hook-ups” have replaced dating. She tells those attending “Toxic U” there is a way to opt-out, citing such institutions as Christendom College, Patrick Henry College, and Hillsdale. And barring that, responsibility and heightened vigilance.

The last chapter, on the vindication of Humanae Vitae, proves the prescience of the most derided missive in the history of the sexual revolution. Here she ends on a positive note, referencing Dr. Albert Mohler among other evangelicals and conservative Protestants who are re-evaluating their stance on contraception in wake of the fallout the sexual revolution has created.

That development in itself signals a potential way forward in the culture wars. The meek may inherit the earth, but the fertile make a more powerful voting bloc.

At first, this author found Eberstadt’s decision to center much of her narrative around such fashionable literature as Loh, et. al., irksome. However, even someone as wedded to heavy social data and research as myself must recognize it as a wise decision. The book’s target audience is women, who from Lysistrata to their overwhelming leadership of the pro-life movement have proven they have the ability to affect social mores when they stop tolerating poor behavior. They, far more so than men, maintain an emotional connection to family and an inherent aversion to anything that threatens the well-being of their homes.

This book has the unique ability to unite a woman’s heart with her mind. It should be used as an antidote to anyone who has read Cosmopolitan or Vogue and as a vaccine for those who wish to avoid a life of emotional bankruptcy.