Trending Now
You are at:Home»Featured»All Creatures Great and Small
By Ken Connor on October 16, 2013 Featured, The Social Order 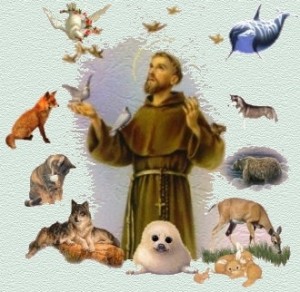 “The righteous care for the needs of their animals….” Proverbs 12:10 (NIV)

Here at the Center for a Just Society we spill a lot of ink discussing issues that touch upon questions of human dignity and the sanctity of life. The guiding principle underlying our position on abortion, assisted suicide, euthanasia, elder abuse, and other bioethical controversies is that the willful abuse or destruction of human life is an affront to God. This convictions flows from the belief that God created this world and everything in it, and that He blessed man especially by creating him in His image and giving him dominion over the earth.

Adherents of this worldview will never accept the arguments advanced by the “pro-choice” side in these debates. We reject the notion that the jurisprudentially dubious “right to privacy” established in Griswold v. Connecticut sanctions the murder of unborn children in the womb. We repudiate the assertion that the value of human life is determined by its perceived “quality.”

It’s common to hear pro-lifers lamenting the irony that their ideological opponents care more about saving the whales and the rainforests than they do about protecting the lives of the unborn. I myself have made this observation on multiple occasions. I sometimes wonder, however, if issues such as environmental stewardship and animal welfare don’t get short shrift merely due to their reputation as issues of the Left. If pro-life conservatives believe what I’ve outlined above – that this earth and everything in it was created by God and is precious to Him – it seems logical that we would take an interest in the welfare and dignity of all of Creation, not just human beings. To do so does not detract from human exceptionalism; on the contrary, it affirms it. God bestowed us with the profound responsibility of stewardship, and when we betray this responsibility we are sinning against God and disgracing ourselves.

For too many self-described conservatives, this is a subject hardly worth discussing. As Rod Dreher recently admitted in a post discussing the issue of conservatism and animal welfare, “I thought that animal welfare was a squishy liberal cause.” Matthew Scully convinced him that he was wrong.

In a recent National Review piece entitled, “Pro-Life, Pro-Animal,” the political speechwriter and former assistant to George W. Bush eloquently and thoroughly makes the case for why any God-fearing conservative should care about the welfare of animals, and suggests that if ever there was a natural affinity between two political causes, it is found in the undeniable connection between the pro-life movement and the animal welfare movement.

His article is long; very long. But it’s also so good that attempting to capture its essence with a mere excerpt could never do it justice. You can read the piece in its entirety here, and I encourage you to do so.

The one exception I take with Scully’s position is that the consumption of meat is altogether inconsistent with the Christian belief in the sanctity of life and dignity of Creation (he is a vegan). I think there is a space for responsible and human animal husbandry that both honors the God-given nature of the animals involved while taking care to mitigate any pain, fear, or suffering when the time comes for slaughter. Thankfully, more and more consumers are seeking out meat, eggs, and dairy certified “humane,” and I hope this trend continues. This is actually an example of how the free market can work for positive societal change in a way that no government mandate ever could. If the people demand it, the market will respond, and as demand grows, competition will increase and prices will drop.

Hopefully Mr. Scully’s writings will have broad impact and get more conservatives in the “values voter” camp to consider our God-given obligation to care for ALL creatures, great and small.