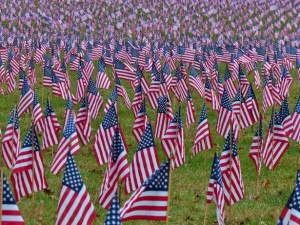 If you’re an American, you’re post-abortive.

It is estimated that, since the Roe v. Wade decision in 1973 by which  seven Justices created the “right to abortion” in America, over 58,000,000 babies have been killed here. “Post-abortive” persons include the mothers of babies killed, fathers, and close family members.

Each baby aborted by its mother had a father. Although in the case of multiple abortions it is not always the case that the same boy or man fathered the babies, let us go with 40,000,000 fathers currently alive. For Fathers and others, we are going to assume that some number of them are aware of the abortion; and that each of them will, someday, realize they have another child, grandchild, sibling, niece, nephew, etc. And that all of them will be deprived of life with the child here on this earth.

Continuing with a conservative outlook, let us go with 1.0 siblings per dead baby. That means there have been about 58,000,000 siblings. Again assuming some of them have gone to the next life naturally, let us go with 29,000,000 brothers and sisters.

Again being conservative, let us assume each dead baby had a total of 2.0 aunts, uncles and cousins. Discounting for natural death, let us go with 116,000,000 close relatives.

Just taking into account family members, this is a total  – without discounting for death – of over 728,000,000 people.  Discounted for non-abortion death, using extremely conservative estimates, the number of post-abortive persons in America currently alive is about 305,000,000. The estimate of the current United States population is 325,000,000.  Accepting that not only mothers can be impacted after an abortion, the odds are, therefore, very high that each and every  American is post-abortive – which means that as a country, America itself is post-abortive.

Mothers will not help these daughters with their make-up on prom night.

Fathers will not show these teenage sons how to avoid cutting themselves when they shave.

Grandads will not get to dance with these granddaughters standing on their feet.

Grandmas will not get to cook Christmas cookies with these granddaughters.

Brothers will not wrestle with these brothers and yell and cry in agony and then laugh joyously.

These Sisters will not sneak into bed together and go to sleep hugging each other.

Uncles will not get to tell their nieces how pretty their moms were when they were eight years old.

Aunts won’t get to tell their nephews that their Dad was their mom’s favorite.

And Cousins will not dance the chicken dance at family reunions with these cousins.

And most importantly this means that in the future many persons in America will end their lives without a family member who cares for them and they will die alone. The aborted baby who would have been at their side will not be there.

We do not know how many of these post-abortive persons suffer and will suffer Post Traumatic Stress Disorder (PTSD), but we do know that for many abortion is a stress, a traumatic stress. Nevertheless, many of those who are proabortion or who are part of the abortion industry either want to deny this or to ignore the persons who suffer this type of PTSD.  It is a reality in America today that many do have the post-abortion form of PTSD – called Post Abortion Syndrome (PAS) or post-abortion stress syndrome (PASS).

“Post Abortion Stress Syndrome (PASS) is the name that has been given to the psychological aftereffects of abortion, based on Post Traumatic Stress Disorder (PTSD) . . . any event that causes trauma can indeed result in PTSD, and abortion is no exception.” (Click here for full article.)

Post Abortion Syndrome is a form of post-traumatic stress disorder. The process of making an abortion choice, experiencing the procedure and living with the grief, pain and regret is certainly, at it’s very core, traumatic. As with any trauma, individuals often try to “forget” the ordeal and deny or ignore any pain that may result. Many simply don’t relate their distress to the abortion experience. At some point, however, memories resurface and the truth of this loss can no longer be denied. During these moments, the pain of post-abortion syndrome reveals itself in the hearts of millions of lives. (Read more here.)

And it must be noted that teenagers who have abortions are critically sensitive to PASS.

Teenagers who have abortions are especially vulnerable to PAS because they are at a critical developmental period of their life most deeply affected by abortions, they are also likely to be the least expressive about their doubts and pains. Instead of being encouraged to accept the consequences of her choices, and to mature through the responsibilities of parenthood, she is encouraged to ‘mature’ through infantile destruction. (Lynn D. Wardle and Mary Ann Wood, A Lawyer Looks at Abortion, 1982, p.117, and Saltenberger, Every Woman, p.152, cited in Reardon p.133.)

The left’s science censors and the liberal’s politically-correct science police do not want the existence of PASS even admitted, much less discussed, even less be given the imprimatur of peer-reviewed research. Still, all one need do is search terms as those that follow to know that PASS is for real: post-abortion grief, post-abortion risks, post-abortion trauma, post-abortion emotional sequelae, post-abortion complications, and post-abortion psychological illness.

Just as physicians in the 19th century saw “hysterical” women as not “true women,” and wanted them kept from the public eye by commitment to asylums, today proabortion feminists want post-abortive women who are suffering from PASS to somehow be ignored, diminished, questioned, and dismissed. These modern-day hysterics are judged against the standards of Katha Pollit’s Free, Autonomous, Equal (FAE) women – free to autonomously have promiscuous sex with no consequences (i.e. no babies) as do their rutting male counterparts. (Pollitt, Pro: Reclaiming Abortion Rights).  Judged by these feminist dogmas and standards, women who engage in and then regret Pollitt’s FAE sexcapades and say they suffer from PASS are heretics and/or hysterics. But these women will not be silenced.

Despite the attempts to hide the truth, and promote the abortion agenda and abortion businesses, there are a plethora of professionals, caregivers,  counselors, clergy, coalitions, and groups that assist post-abortive persons dealing with the effects of PASS. Help exists in milieus and therapies called: post-abortion syndrome therapy, post-abortion coping strategies, post-abortion counseling, post-abortion group therapy, and post-abortion psychological and psychiatric treatment.

PASS is the PTSD that will not go away. It remains to be seen if recognition of and treatment of PASS will be outlawed, as reparative therapy has been in California.

Care is available for individuals suffering from the negative impacts of abortion and there are effective therapies for those suffering from PASS. Many of these assume that bodily death is not the end of human existence, that there is an eternity to be enjoyed with our loved ones, that repentance, redemption, and salvation are possible, and that a mother, a father, a family member can be with an aborted child again, forever.

But what about therapy for a post-abortive country? America is post-abortive. Can America heal? Is it possible? If so, how?