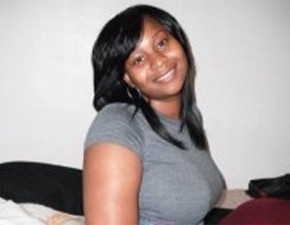 As Planned Parenthood faces national scrutiny over the gruesome death of 24-year old Tonya Reaves in an Illinois clinic last week, the abortion giant has issued a statement expressing condolences to the family.

“While legal abortion services in the United States have a very high safety record, a tragedy such as this is devastating to loved ones and we offer our deepest sympathies,” said Planned Parenthood of Illinois President and CEO Carole Brite.

“Planned Parenthood of Illinois cares deeply about the health and safety of each and every patient,” she said.

The duplicity of this statement makes me want to throw-up on my computer screen.

The fact is that there are two victims here, a mother and her baby, and Planned Parenthood has conveniently ignored one of them. The real tragedy is that a young woman decided to turn to paid butchers to help her solve what she considered an insurmountable problem.

The real tragedy is that Planned Parenthood agreed to help this woman by murdering her child.

The worst part of the tragedy is that a mother and her child died because they believed in our culture’s twisted ideas of choice, autonomy, and responsibility.

The fact is that abortion is hardly safe for the mother, and not at all safe for the baby. Most babies who are slated for abortion have a zero percent chance of survival. High safety record? Hardly. There are extremely rare cases of babies surviving the procedure, as Gianna Jessen will tell you.

In the horrible murder that went wrong, Planned Parenthood has the nerve to offer their “deepest sympathies” to the family of the deceased. Seriously? Deepest sympathies for killing two members of the family instead of one? “Sorry, we meant to kill only one member of your family, but we accidentally killed the other one, too. Our bad.”

Next Planned Parenthood outright lies in claiming to “care deeply” about the health and safety of “each and every patient” that enters its facilities. Yes, Planned Parenthood cares about everyone, except the little baby in the mother’s womb. How can the abortion corporation care about that person? After all, everyone who works there has chosen not too recognize the baby as a human being so that they can legally kill him or her for profit.

Yes, our age is full of absurdities. We send multi-billion dollar probes into outer space looking for life, or even signs of life, yet we have become completely blind to recognizing the unrepeatable beauty of each life inside a mother’s womb.

How many of our sisters need to die before people wake up and see Planned Parenthood’s bloated deception for what it is? How many more babies need to die before people realize that these little ones are not essentially different from the doctors who are killing them, the nurses who are assisting in their deaths, the fathers who are standing-by and consenting to this happening, and the mothers who are reacting to what they believe is their only choice?

There is no such thing as “safe abortion.” There never was, nor will there ever be. Abortion is murder, and murder is wrong. It is not safe for anyone.